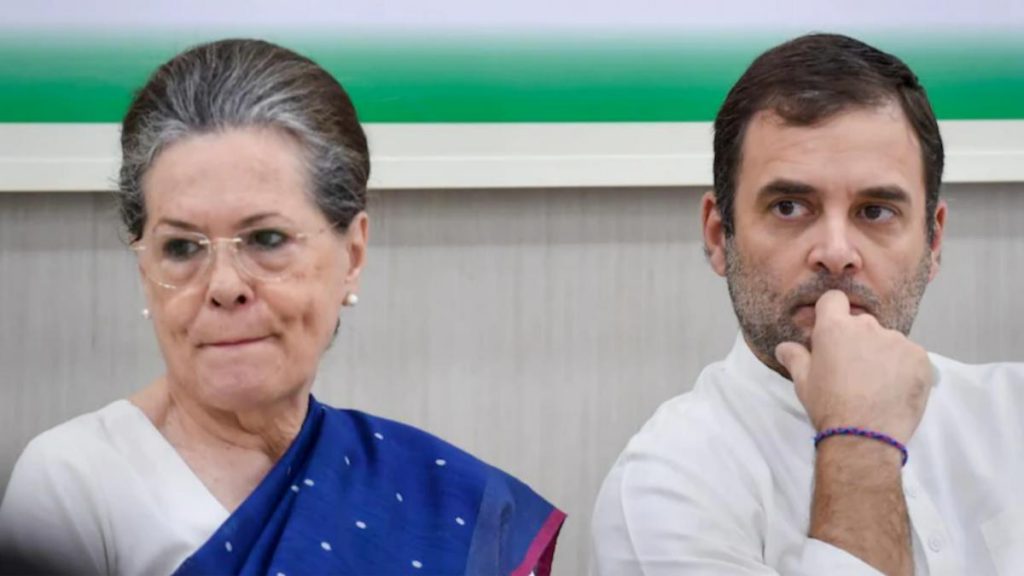 Now that the Congress Party will have a non-Gandhi Chief, what happens to the three Gandhis- Sonia, Rahul, and Priyanka? Will they continue to dominate? When a reporter asked about their future role, Sonia said, “Of course, you have to ask the party, I suppose.”

But one can see a clear game plan. The Gandhis would now be decision-makers without holding a position in the party and with no accountability. Sonia Gandhi would become a Rajmata, and Priyanka would be another power centre. But Rahul will have the remote.

As senior Congress leader P. Chidambaram has said in an interview, “Cong president or not, Rahul will always have a pre-eminent place in the party.”

While Congress has opened its door for elections after 22 years, the contest is now between the 80-year-old Gandhi loyalist Mallikarjun Kharge and 66-year-old Shashi Tharoor. Kharge, who has aspired to become the chief minister of Karnataka, has, at last, a chance to head the party.

Contests in the Congress party are also not new. It was way back in 1950 when Tandon and Kripalani contested, and Tandon, a Sardar Vallabhbhai Patel loyalist, had won the contest trumping Prime Minister Nehru’s choice.

The last time Congress held an election was in 2000 when the late Jitendra Prasada challenged Sonia Gandhi. As expected, she easily trounced Jitendra Prasada by bagging 7,448 votes against his paltry 94.

The Rahul phenomenon has become a liability as he is not a vote-catcher. However, in the past few years, the most critical appointments in the Congress party and all the decisions Rahul took. All these, of course, are without responsibility.

As the Gandhis had decided on a loyalist as the candidate, trouble came from unexpected quarters. It was from the man Sonia Gandhi propped up to take over her position – Rajasthan chief minister Ashok Gehlot.

Dramatically, about90 Congress legislators in Rajasthan gave their resignation letters to the Speaker, stunning the party’s high command. Gehlot wanted to be the chief minister and party chief, while the Gandhis insisted on a ‘one man-one post” concept. Sonia summoned Gehlot, after which the chief minister backed out. Then began the search for a dummy president, and Kharge, the party’s leader in Rajya Sabha, fitted the role.

A non- Gandhi party chief could be an asset and a liability depending on their functioning. They come with no baggage. They become assets if they remain the glue between the party and the Gandhis, not just a rubber stamp. The new Congress chief should also be a vote catcher and unite the party. He should promote talent. Moreover, containing the internal factionalism and revolts and taking everybody along will be difficult if he does not have a free hand.

The next Congress president would have an unenviable task on their hands – ‘managing’ the high command on the one hand and rejuvenating the declining party organization on the other. The new President will remain under the family’s radar.

Rahul’s advice to the new Congress President is, “you represent a set of ideas, a belief system, and a vision of India”. He elaborated, saying, “What we decided at Udaipur, we expect that commitment to be maintained,” meaning the one man, one post’ concept.

The political leadership has always been with the Gandhis, and even non-Gandhi presidents have owed allegiance to them. So, what is clear is that Gandhis will continue to dominate whether elected or not. (IPA Service)

Another front opens in L-G’s feud with Kejriwal govt
Posting....