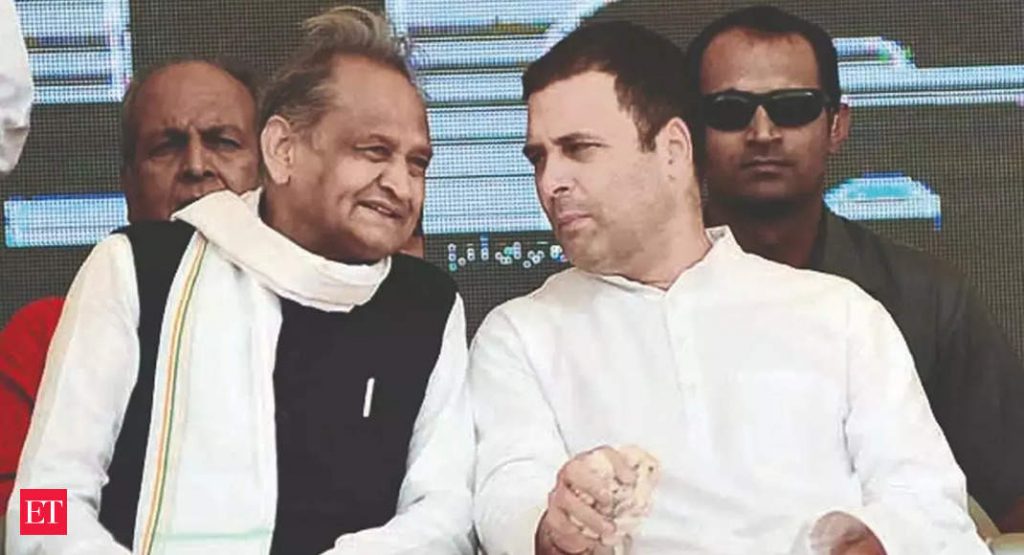 Rajasthan Chief Minister Ashok Gehlot on Saturday said Congress leader Rahul Gandhi is a ‘Shiv Bhakt’. Gehlot was in the Nathdwara town of Rajasthan’s Rajsamand district for the unveiling of a 369-foot-tall statue of Lord Shiva, which is claimed to be the world’s tallest.

The “Viswas Swaroopam” statue was inaugurated by him along with preacher Morari Bapu and Rajasthan Assembly Speaker C P Joshi.

“After 10 years, the magnificent statue got ready. I understand that Shiv Bhakts across the country will be very happy today,” Gehlot told reporters. “Do you know that our Rahul Gandhi Ji is also a Shiv Bhakt. You can understand who can be the person who reveres Lord Shiva. I am happy that the statue got ready,” he said.

The statue, nearly 45 km from Udaipur city, has been constructed by Tat Padam Sansthan.

A series of religious, spiritual and cultural events will be held for nine days from October 29 to November 6 after the inauguration of the statue. Murari Bapu will also recite Ram Katha.

Built on a hill of 51 bighas, the statue is styled in a posture of meditation and is said to be visible from 20 km away. The statue is also clearly visible at night as it has been illuminated with special lights.

FIR against ‘The Wire’ over complaint by BJP’s IT head
Posting....