Raging Debate On ‘Muslim Prime Minister’ In India Is Uncalled For 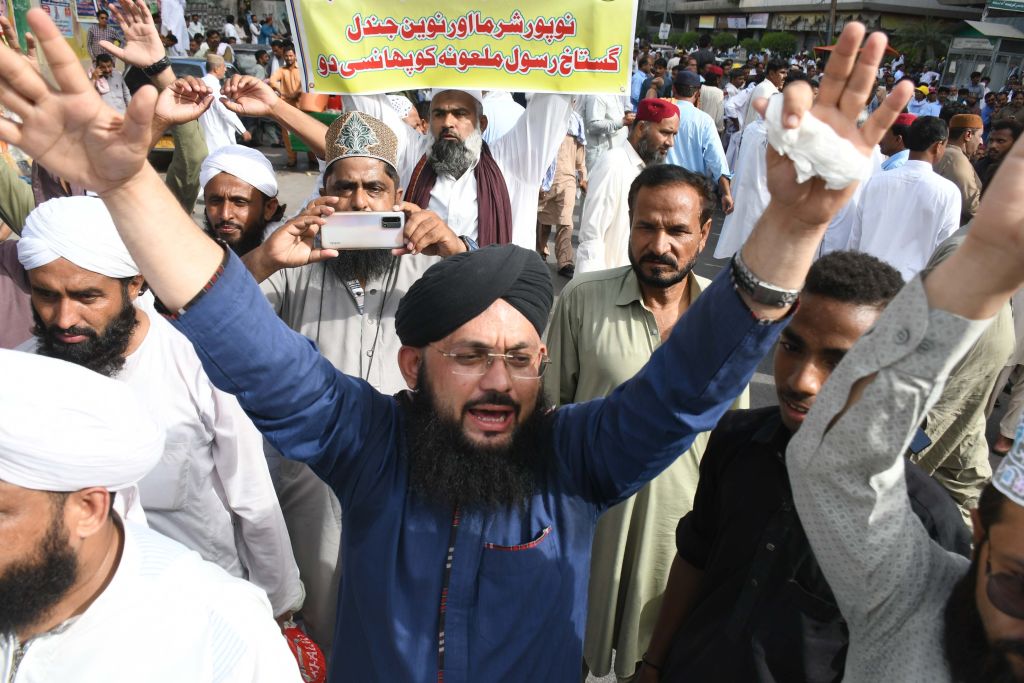 Congress leader Shashi Tharoor started the whole shebang. And he couldn’t have been more specious. “Shouldn’t India have a Muslim Prime Minister now that Britain has a Hindu Prime Minister?” Problem is Tharoor gets away with the contentious just because he throws worthless words like “floccinaucinihilipilification” to score brownie points

Floccinaucinihilipilification’s dictionary meaning is “worthless”, and Tharoor has cashed on the definition. Besides bringing up unthinkable English words, Tharoor also does witless things. Like contesting the Congress President’s election when it was forgone conclusion that he would lose hands down.

Now, he has cast a stone for a “Muslim PM” a la Rishi Sunak’s ”Hindu PM” and there’s a raucous reception to his proposal. “Why not?” Tharoor asked and he’s Pied Piper. Half the Opposition and the biggest chunk of Indian Muslims are following his lead. And the proverbial bonfire is still burning bright. Tharoor’s sophisticated dog-whistle has pierced the right ears.

The funniest is Prime Minister Narendra Modi has been asked to quit and make way for a Muslim PM! AIMIM Chief Asaduddin Owaisi says he wants a “Hijabi Muslim woman PM”. And Mehbooba Mufti will settle for a “Muslim PM”. Tharoor lost enthusiasm and backed off, but the idea and the proposition hasn’t.

Those for the proposition argue for “secular” duty and “diverse country and plural society”. The BJP is quite happy fanning the debate. When election time comes 2024 it will come handy. The louder the call for a “Muslim PM”, the louder the objections to the call, and the greater the reward for the BJP. And for all his “sabka saath and sabka vikas”, Modi and the BJP wouldn’t touch the call for a “Muslim PM” with a barge pole.

The Congress hasn’t come out in vociferous and overt support for the proposition, despite Tharoor and Chidambaram but is happy tending the fire, nursing the flames, confident that a call for a “Muslim PM” will resonate with the Muslims and its dwindling Muslim vote-bank will buffer, as Muslim voters will not forget that the Congress was the most vociferous and receptive for a “Muslim PM”.

But, really asking, “Will we ever have a Muslim PM?” The short and straight answer is an unequivocal ‘No’. Former CEC SY Quraishi is skeptical. India is too communally polarized to make way for a Muslim Prime Minister, says the man with votes at the tip of his fingers.  Also, and this is not Quraishi saying, the call for a “Muslim PM” has come too late; 75 years is a long time and a clutch of factors have conspired to deny #MuslimPM traction.

The Hindu-Muslim polarization is more or less complete. India’s Muslims haven’t tried overmuch to remove the fundamental differences that they insist separates the Hindu from the Muslim and ever since Modi arrived at the Centre Hindus also have become hugely intolerant. If at all Muslims were able to rule Delhi and portions around ‘Dili’ for centuries, it was because Hindus chose rightly that cowering was the better part of valour! No longer.

A “Muslim PM” in India is unthinkable because the monotheistic and intolerant character of Islam doesn’t gel with multiple gods and idolatry of Hinduism. As long as Muslim called the shots and had the power of veto, the Hindus were allowed to proliferate and breathe. Asking for Pakistan was the Muslim mistake. Without ‘Dilli’ and the ‘Lal Qila’, which Jinnah gave away, the overconfidence goes for a toss.

The hubris that comes with ruling from Delhi was denied to the Muslims who stayed back in India. The pride that comes with the ruler’s tag was hurt badly by the pride that goes when the method of ruling changed. The sultan, the nawab and the shehanshah went into oblivion, and was replaced by electoral democracy with a Prime Minister at the top!

The ‘Prime Minister of India’ is no small title. Those who went with Jinnah didn’t feel the loss. Pakistan and Bangladesh have had their own “Muslim PM” series. Pakistan has had 29 Muslim PMs, and Bangladesh 18 Muslim PMs. Neither will Pakistan allow a Hindu PM ever, and nor will Bangladesh deign to elect a Hindu PM. Britain will but not these two.

Indian Muslims miss having a “Muslim PM” of their own, especially the “high caste” Ashrafi among them, whose ancestors were the ones who chose India over Pakistan, and were responsible for the current unrest in the minds of their descendants. Indian Muslims miss the pride that drove their ancestors and are often heard muttering “we ruled for 820 years”, the most recent braggart being the UP state president of Owaisi’s AIMIM, one Shauqat.

The reality is, after 2014 a growing constituency of Hindus have coalesced behind Narendra Modi and the BJP, a constituency which will never accept a “Muslim PM”, not when the ultimate aim is to transform India into a Hindu Rashtra. Besides, a “Muslim PM” ruling India along with a Muslim PM in Pakistan, and a Muslim PM In Bangladesh, will make the entire subcontinent Islamic and no Hindu wants that.

The question is, are Hindus good natured vacuous heads, pagans who haven’t yet been inducted into organized faith, taken for granted in 1947, and then again, today, in 2022? Pakistan was created in spite and despite of Hindu, Sikh, Buddhist, Jain, Christian and Parsi. India cannot risk a “Muslim PM”. (IPA Service)