PM Candidate Sunak Has Become The Victim Of Boris’s Machinations 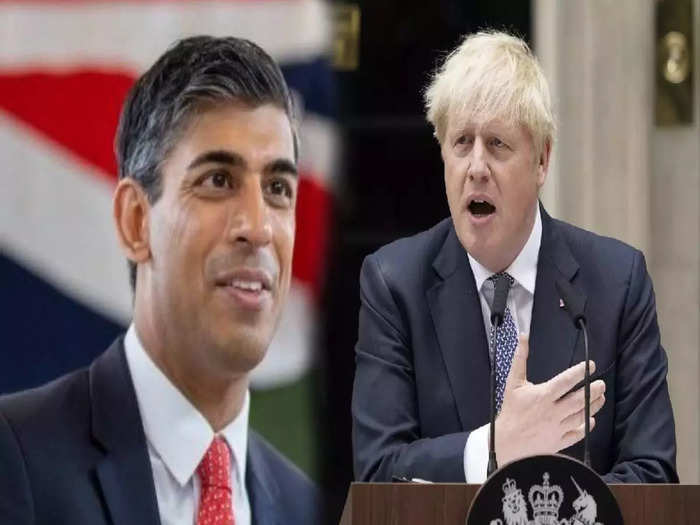 Prime Minister candidate of the British Conservative Party Rishi Sunak has been consistently outperforming Truss in debates yet he continues to lag behind his challenger among the voters    of the Party.  Senior Tory leaders say that he is not having good time. Sunak who made a robust start finds himself trailing behind Truss.  Since he appears to be losing the race, his supporters have started the process to identify the reasons so that he may succeed in overcoming his deficiencies.

His supporters nevertheless zero on three counts; first, he made mistakes by turning over aggressive from the very beginning, second, former prime minister Boris Johnson has been consistently using his influence and support base against him and third, his move to identify with the Indian government to rope in the support of the British Indians.

Sunak had said that he wanted to change the UK-India relationship to make it a more two-way exchange that opens up easy access to UK students and companies in India. At a campaign meeting hosted by the Conservative Friends of India (CFIN) he had greeted the largely British Indian gathering with a mix of traditional greetings such as namaste, salaam, khemcho, and kidda. He even broke into Hindi: Aap sab mere parivar ho (you all are my family).”

In the initial phase of the campaigning it did not appear that racism will have any impact on the Conservative members. But gradually it took over the psyche of the party members and they shifted their allegiance to Truss, who notwithstanding her wavering stand   on most of the important issues managed to identify herself with the aspirations of the rightist Conservatives. It is irony that the same group of the Conservative members have been raising the bogey that after his defeat Sunak will move out to USA.

This falsehood no doubt will have very adverse impact on Sunak’s electoral prospect and his political career. Though a large number of Conservatives have cast their votes, there are some waiting for the final round of bout.  It is not that he has landed in bad days just because he is haunted by the spectre of losing. The bad days have been created by the supporters and aides of Boris. They are fanning the propaganda that Sunak’s policy on tax would ruin the Britons. His stand on inflation is not tenable.

While Sunak has become the victim of larger failure of the “modern non-ideological conservative”, his efforts to salvage the situation is being described as against the principles of Conservatism. These people are not even ready to acknowledge him as an ideologue, for whom politics is merely another branch of finance. The hard core Conservatives are scared of Sunak’s this political line. For them it smacks of some socialist idea.

Nonetheless his supporters firmly hold that Britain will be put in a bind under the premiership of Truss.  His rejection by the Conservative members will invite perils for them as well for Britain. His defeat will signal a self-destructive Conservative party which indulges in fantasy. Economists nurse that ignoring the warning from Sunak and playing down his caution signs would invite bad days for Britain. They also argue that rightist policies would not bail oit the country from the present crisis that has engulfed the country.

Politics is fundamentally about choices. It defines the dynamics of the growth and sustenance of the economy.  Since the Conservative law makers are pragmatic and see the nature of the emerging global economic scenario from close, they favour Sunak. But the orthodox Conservatives lack this perspective. They are carried away by the utopian concepts of Truss. According to the economists and experts an effective political strategy is about defining those choices on your own terms. But the signs and images that have emerged on the political horizon of Britain underline that after September the choice in British politics will change.

In his last ditch effort to win over the Conservative members Sunak assured them that as Prime Minister he would scrap the 5 per cent Value Added Tax (VAT) rate on household energy bills if prices continue to rise later this year. He also described the action as a “temporary and targeted” tax cut that would save average households GBP 160 a year, and ensure people get “the support they need” while also “bearing down on price pressures”.

Haunted by the racist propaganda Sunak said he was “not going to apologise” for his background, adding that his parents had worked hard and saved for him and his siblings to get a good, if expensive, education. “Such aspirational values are Conservative,” he declared. Significantly Truss chose the occasion to downplay her camp’s jibes at the British Indian ex-minister’s choice of attire, saying she did not have “any issue with how expensive anybody else’s clothes are” and is “not going to give Rishi fashion advice”, adding that she is a “great admirer of his dress sense”.

What is being admired about Sunak in the Conservative members circle is his firm commitment that he would rather lose the Conservative Party leadership race to replace Boris Johnson than win on a false promise on how he plans to tackle the economic crisis. His supporters nurse the impression that this emphasis might have forced some members to rethink on their priorities and they might have gone for Sunak.

However Sunak’s supporters strongly feel that Truss as the leaders would not ensure the victory of the party during the general election as her policies and programmes are untenable and unacceptable to the people. On the contrary Sunak has made a place for him among the Britons by pledging; “I am committed to helping the most vulnerable families with the cost-of-living crisis and have moral responsibility to go further”. He said; “I know millions of people are worried about inflation, particularly the cost of their energy bills. What I’ve said if I’m Prime Minister I will go further in supporting those families who most need support because the situation is worse than when I announced those measures earlier this year”.

Truss’s support is particularly strong among older Conservative members, while Sunak’s is far higher among younger ones. The old Conservatives are least concerned of the issues like tax and inflation. They have huge resources and nurse purely rightist ideas and philosophy. Truss acquiring a lead over Sunak primarily owes to her over dependence on Boris. A big chunk of the members appreciate her for his loyalty to Boris. Around 7 per cent of Tory members cited race or ethnicity as a reason for supporting Truss and not Sunak.

The animosity between Boris and Sunak has reached to such a level that Boris Johnson has not been responding to Sunak’s calls or messages. Boris nurses strong hatred for Rishi for triggering his downfall by resigning from the cabinet. Like the Indian Godi media, the media of Britain has been out to ensure the defeat of Sunak. Even though Sunak outwits his rival in debates, they accuse him of performing badly. The party sources reveal that the Conservatives are split on the pro and anti Boris line.  A senior Conservative Party MP and former minister Michael Gove predicted Rishi Sunak to succeed Boris Johnson as the Tory leader and the British Prime Minister, saying the former Chancellor has what the top job requires. Michael Gove was dramatically sacked by Boris after he called for him to quit amid a mounting Cabinet rebellion.

“Even more important is what a future government will adopt as its central economic plan. And here I am deeply concerned that the framing of the leadership debate by many has been a holiday from reality. The answer to the cost-of-living cannot be simply to reject further handouts’ and cut tax,” said the veteran Tory politician.   But the final word will come from nearly two lakh voting members of the Conservative Party who are note still ready for a non-white Prime Minister to lead Britain. (IPA Service)