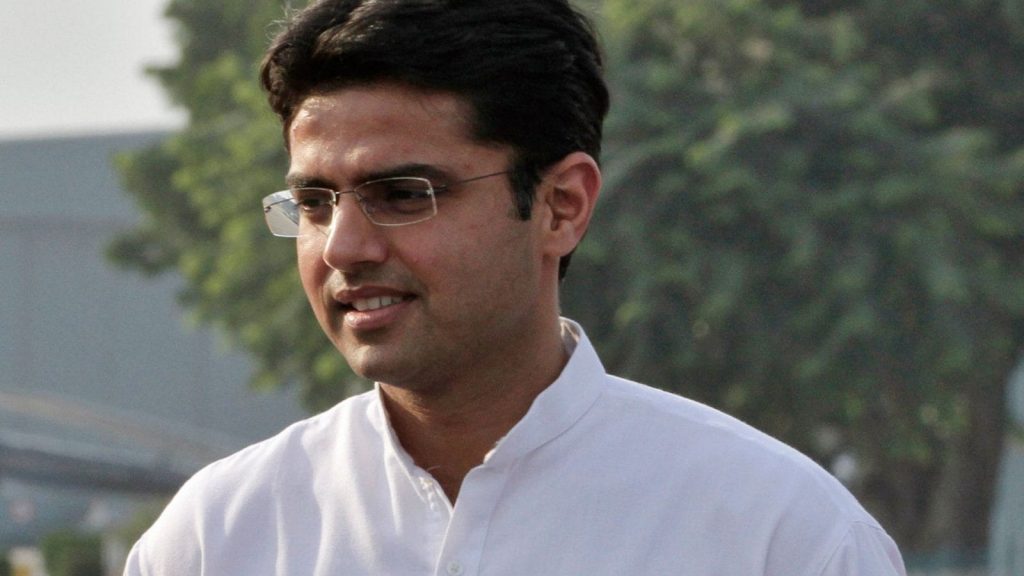 Amid visuals of Rajasthan MLAs lodged together in an Udaipur resort ahead of the crucial Rajya Sabha elections, former state Deputy Chief Minister Sachin Pilot said there was no ‘forceful attempt or coercion’ and that the leaders ‘wanted to be together’.

“There’s no fear, All MLAs wanted to stay together. There was no coercion or forceful attempt. Unfortunately, almost all parties in almost all states need to do this. We can’t be proud of it but unfortunately due to the circumstances created but we have to resort to doing this. We have more than enough numbers to ensure that all our three candidates sail through, even in Haryana,” Pilot told CNN-News18 in an exclusive interview.

#EXCLUSIVE | #ResortPolitics | Congress MLA, Sachin Pilot (@SachinPilot) talks exclusively with CNN-News18. He says that ‘not only in #Rajasthan but also in #Haryana, our candidate will sail through with abundant votes’.

The Congress is pitted in a close contest for the fourth seat in the Rajya Sabha from Rajasthan and one seat from Haryana, where the entry of two independents — media barons Chandra and Kartikeya Sharma — has made the battle interesting. Fearing poaching of its MLAs and cross-voting in Rajasthan and Haryana, the Congress has holed up its legislators from the two states in Udaipur and Raipur respectively. Videos of Congress MLAs engaging in ‘partying’, and enjoying leisurely activities at the Udaipur resort have also surfaced recently.

The Rajya Sabha election will be held on June 10 and cross-voting is likely to take place for the two seats from Rajasthan and Haryana.

Addressing this ‘fight’, Pilot said the BJP had put up not one candidate but another one ‘by proxy as some sort of hype for the election’. “We will have surplus votes and all three will sail through,” Pilot said.

When asked about the Congress being short of 15 candidates to ensure the victory of Pramod Tiwari, as claimed by Chandra, Pilot said that in the Congress’s 3.5 years of rule it had consolidated the support of regional parties, “126 out of 200 are supporting us …we may get more,” he said.

Pilot said the saffron party had the numbers to get only one candidate election, not just in Rajasthan but also in Haryana. But when asked about Chandras claim that eight Congress MLAs ‘may cross over’, the leader rebutted the claims, asking who these eight were and what could possibly inspire them to vote for the other side. “Any losing candidate will not say I am losing,” said Pilot, adding that the Congress did not have the support of just 123 but 136 MLAs in the assembly.

He further attacked Chandra, saying no independent candidate had signed his poll papers, and only BJP leaders had done so.

Asked about the charge of choosing all ‘outsiders’ for the Rajya Sabha seats in states, Pilot contended that there was ‘no quota or favouritism’ but that all chosen had years of work to speak for them. “Yes it’s true Congress has just two state governments with its CMs, but we are a national party and accordingly have to look at interests across the country. “We need strong voices in the upper house, Rajya Sabha is supposed to be a sounding board. This numbers game is a recent phenomena,” he said, adding that the Congress was ready to take on the BJP.

“These are people need to be in upper house to constitute a strong Opposition. And there is no rule that they need to be from that state. This decision was taken in consultation with leadership, state leaders, AICC leaders. We picked talent we feel is useful for the party,” he said.

Activities lined up for the Congress MLAs and independents supporting the party have ranged from “antakshri” to cricket, as revealed by video clips that have surfaced online. The Congress had on June 2 shifted its MLAs to the luxury Taj Aravali resort and spa fearing horse trading by the BJP ahead of the June 10 polls to four seats of the Rajya Sabha from the state.

The BJP has also sequestered its MLAs at Devi Ratn hotel in Jaipur’s Jamdoli but the party is calling it a “training camp”. Videos and pictures emerging from the Congress camp show legislators enjoying cultural evenings, sports activities and magic shows among others.

On Monday evening, a show by noted magician Aanchal was held. “The show amused the MLAs. The CM also attended the show,” said a legislator.

As the day begins, some of the MLAs go to gym and others for a walk in the lush green garden of the hotel, which is located at a picturesque location on the outskirts of the lake city. Some legislators play cricket and others enjoy swimming.

Women legislators also keep themselves engaged in “antakshri” and such activities. A movie show in the theatre of the hotel was also organised. In the middle of this, state Congress chief Govind Singh Dotasra held a meeting about organisational elections, an MLA said.

On the other hand, BJP MLAs start the day with yoga and exercise at the Jaipur hotel. The BJP is holding sessions on party polices, ideology, achievements of the Union government in the past eight years to keep the MLAs engaged.

“We are holding sessions for the MLAs in the training camp for the Rajya Sabha. On the other hand, people are watching what the Congress legislators are doing. The government is in the hotel and having fun, enjoying shows,” a BJP spokesperson said. “People of the state are suffering, law and order is deteriorating but the Congress is not bothered at all.”