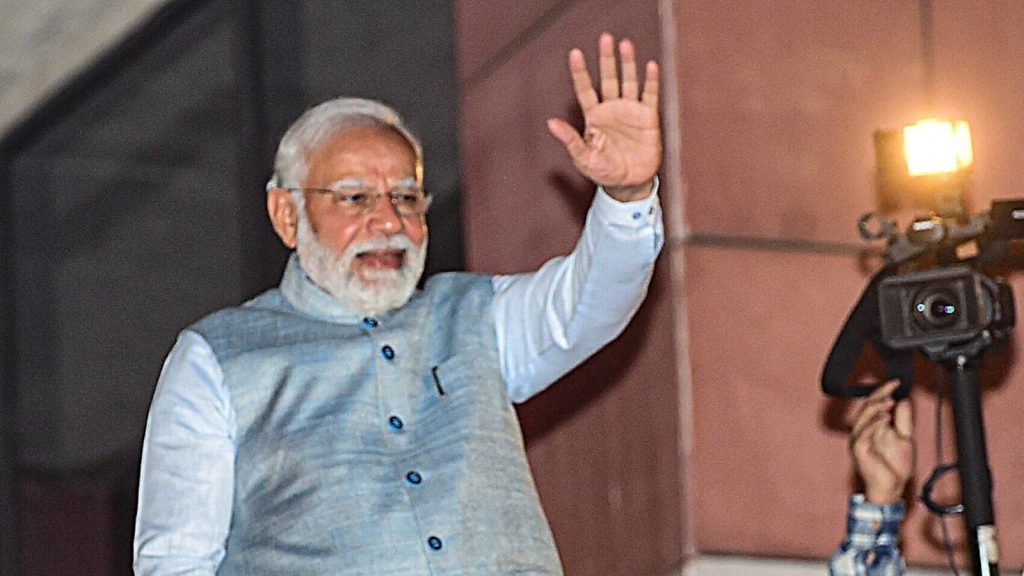 Prime Minister Narendra Modi on Friday attributed the BJP’s storming back to power in Uttar Pradesh, and also retaining Uttarakhand, Manipur and Goa to people voting for development.

“Due to the power of democracy, the BJP retained power in states where governments were hardly elected twice in a row,” he said. “This was possible as people are voting for development,” he added.

On a visit to his home state, where Assembly elections are scheduled later this year, Modi addressed over one lakh representatives from Panchayati Raj institutions in the state at the Panchayat Mahasammelan. Earlier in the day, he held a roadshow in the state capital.

Modi invoked Mahatma Gandhi, saying his dream of rural development should be fulfilled as India celebrates 75 years of Independence. Villages need to be self-reliant and strong, Modi said, and gave goals to village representatives for overall development of rural centres.

Gujarat is the land of Bapu (Mahatma Gandhi) and Sardar Patel. Bapu always talked about rural development, self-reliant villages. Today, as we are marking ‘Azadi Ka Amrit Mahotsav’, we must fulfil Bapu’s dream of rural development, he said. A robust Panchayati Raj infrastructure is key to fulfilling the dream of Gram Swaraj. All the panchayat members and sarpanchs are working towards achieving the objective,” he said.

Cong loses security deposit in 97% of UP seats
Posting....