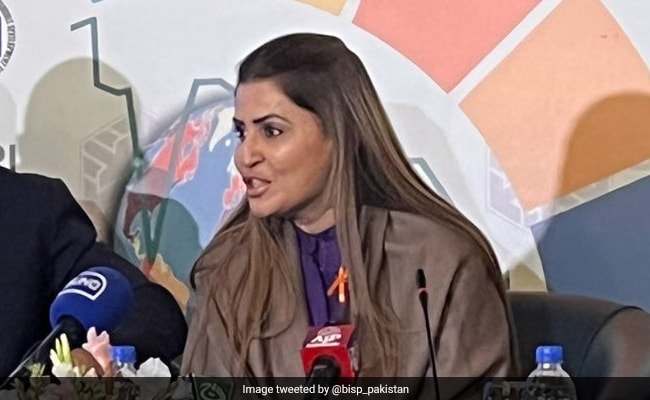 “India should not forget that Pakistan has an atom bomb. Our nuclear status is not meant to remain silent. We will not back down if the need arises,” Ms Marri told reporters at a news conference in support of Bhutto, ANI reported.

India yesterday blasted Bhutto over his offensive personal attack on PM Modi, calling it a “new low even for Pakistan”.

In a firm and unsparing condemnation of Bhutto’s remarks at the UN, New Delhi said Pakistan lacks the credentials to cast aspersions on India and added that “Make in Pakistan terrorism” has to stop.

In a highly objectionable comment on Thursday, Bhutto had said: “Osama bin Laden is dead, but the butcher of Gujarat lives and he is the Prime Minister of India.”

He was reacting to Foreign Minister S Jaishankar calling Pakistan the “epicentre of terrorism” in a powerful takedown.

“These comments are a new low, even for Pakistan. The Foreign Minister of Pakistan has obviously forgotten this day in 1971, which was a direct result of the genocide unleashed by Pakistani rulers against ethnic Bengalis and Hindus. Unfortunately, Pakistan does not seem to have changed much in the treatment of its minorities. It certainly lacks credentials to cast aspersions at India,” the Foreign Ministry said in a statement.

The Pakistan Foreign Minister’s “uncivilised outburst” seemed to be a result of Pakistan’s “increasing inability to use terrorists and their proxies,” said the ministry.

“Cities like New York, Mumbai, Pulwama, Pathankot and London are among the many that bear the scars of Pakistan-sponsored, supported and instigated terrorism. This violence has emanated from their Special Terrorist Zones and exported to all parts of the world. ‘Make in Pakistan’ terrorism has to stop.”