Padma Bhushan Victor Banerjee Is An Actor With Global Recognition 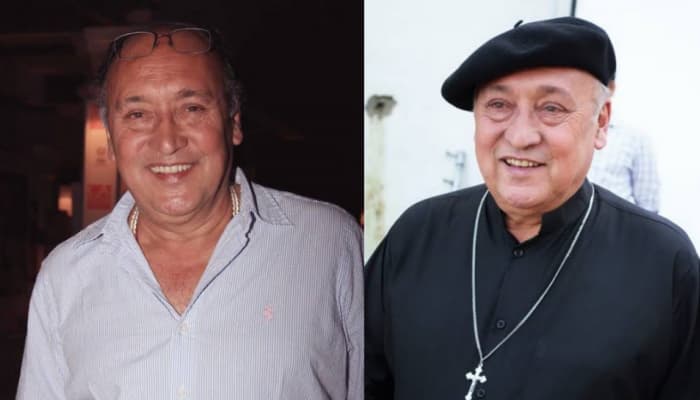 Three-time National Award winning versatile actor, Victor Banerjee, was decorated with Padma Bhushan, the third highest civilian Award this year. He is renowned for his work in Hindi, English and Bangla cinema. He worked with directors such as Roman Polanski, James Ivory, Sir David Lean, Mrinal Sen, Shyam Benegal and Ram Gopal Verma. He won the National Film Award for the best supporting actor for the film Ghare Baire.

A man of many parts, Victor had a deep and abiding interest in theatre in the early years. While in Calcutta, he performed in plays for the British Council, British Women’s Association and the theatre group Amateurs. He was the lead tenor in the Calcutta Light Opera Group production of The Desert Song. During his time in Bombay he performed for the Cambridge Society, director Arun Sachdev and also played Jesus in Bombay Theatre’s first-ever musical production God-spell . He also played senior division hockey and football in the Bengal League in the 1960s.

During the 1991 Uttar-Kashi Earthquake, he actively participated in relief work. He single-handedly led five mules loaded with relief materials plus carried a pack of 30 KG of milk and medicines to Pinswar village just before the first winter snowfall and before Government supplies reached. In December  1999, he and  his wife, Maya, brought in the new millennium with hands-on participation in relief work in cyclone devastated Orissa which included rebuilding mud huts and clearing animal carcasses.

The Moran Blind School in Assam Founded by his father, Maj. S N Banerjee is an institution which Victor continues to nurture and develop. Under his stewardship, it is now a full-fledged residential school. Recently, the students were the semi-finals in the North East Blind Football Championship. His passion for Art lead him to establish The Calcutta Art Gallery in the late 1970s which was the first commercial art gallery in the city.

He brought in renowned artists such as F M Husani, Jehangir Sabavala, Anjolie Ela Menon and Sakti Burman and many others to exhibit. He also actively promoted new talents and artists. He divides his time between his homes in Landour ihn Uttarakhand  and  Kolkata.

He has a daughter who was a reputable VFX supervisor for 16 years and is now an aspiring teacher. His other daughter, a former scientist, is settled in the U.S.

In 1984, Banerjee portrayed Dr. Aziz Ahmed in David Lean’s film of A passage to India, bringing him to the audience of western audiences. He was nominated for a BAFTA award for the role in 1986 and won the Evening Standard British Film Award and NBR Award (National Board Review, USA) for it. Very few non Americans and non Asian has won the NBR Award for best Actor. In April 1985, at a special event in Louisiana, Banerjee received the “Show-a-Rama Award” from the Motion Picture Association of America as “New International Star”.

Banerjee is the only person in India who has won the National Award in three categories: As cinematographer, for his documentary Where no Journeys End (which, in competition with 3100 entries from 27 countries, also won the Gold Award at the Houston International Film festival): as a director, for his documentary The Splender of Garwal and Roopkund; and as an actor (Best Supporting Actor) for his work in Satyajit Ray’s Ghare Baire.

Banerjee unsuccessfully contested the 1991 Lok Sabha election in Calcutta North West on BJP ticket.  That was his active foray in electoral politics. Otherwise he is a private person active in his world of art and culture and philanthropy. He belongs to the family of the first Indian president of the Congress Party Dr. W C Banerjee. (IPA Service)

Feminist Lawyering: The Other Side Of The Independence Movement
Posting....