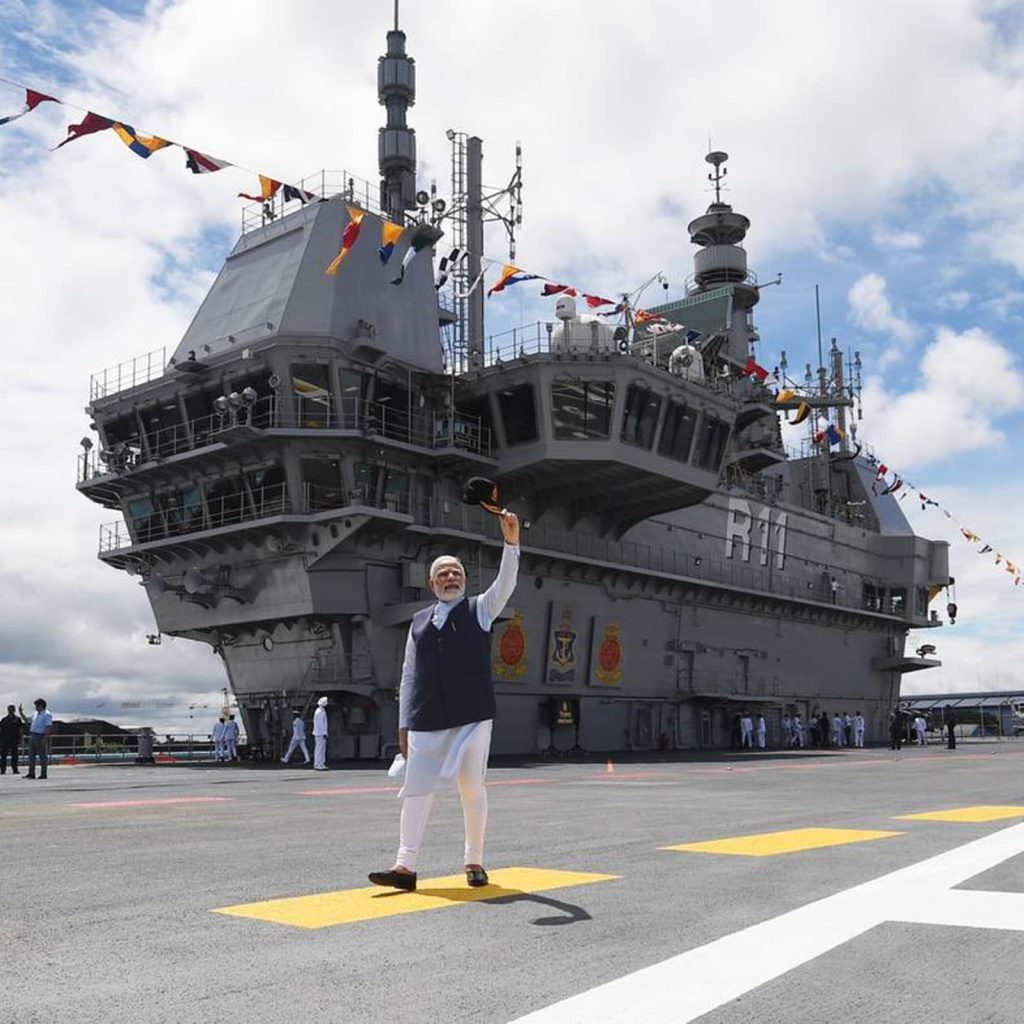 Is INS Vikrant Indian made? Question modified: Is INS Vikrant made with Indian knowhow? Like the Chinese asking their government whether its aircraft carrier Liaoning, which traces its shipyard to Russia, made with Chinese knowhow? INS Vikrant does not carry a similar foreign baggage. But to say that it is made with indigenous knowhow is to get bogged down in whataboutery, which is what’s been happening for the last 48 hours, ever since the “indigenous aircraft carrier” was launched by Prime Minister Narendra Modi.

Should we be bothered in whose reign Vikrant was inducted in the Indian Navy, or that it has become part of the Indian Navy and kudos to the fact that it was wholly built in India, with equipment entirely built by Indian vendors? The biggest matter of pride: It was designed by Indian Navy’s in-house Warship Design Bureau (WDB), and built by Cochin Shipyard Limited, a public sector shipyard of the Ministry of Ports, Shipping & Waterways.

That the year of the ceremonial “Steel Cutting” of the ship was 2005 is another reason why the whataboutery shouldn’t have been there to begin with. Prime Minister Narendra Modi was prudent when he said everything about Vikrant except take credit for being the decision-maker behind the project. It must have taken immense “mental control” for the Prime Minister not to hog the limelight, and that’s a left-handed brownie point.

Which cannot be spoken for Congress communications head Jairam Ramesh. If anything, the whataboutery surrounding INS Vikrant was of Ramesh’s making. He embroiled Modi in who should take credit for the making of Vikrant, making it clear it wasn’t Modi’s enterprise. But then, if Ramesh hadn’t made it an issue, he would have been a poor communications head. It’s Ramesh’s job to rubbish all BJP and Modi government claims before they’re even made.

But the better Congress communicator proved to be Americai Narayanan. In a debate hosted by Republic TV, while giving credit to three prime ministers— Atal Bihari Vajpayee, Manmohan Singh, and Narendra Modi— the Tamil Nadu Congress spokesperson let slip the “fact” that if the Modi Government had taken the original decision, the project would have gone to an Ambani or an Adani makeshift entity, and not to the Cochin Shipyard Limited, which would have been a shame!

Neither the TV anchor, nor the BJP spokesperson liked this and Americai Narayanan was shouted out. So much for how much more independent the media would be once the Adani Group gets hold of a TV channel, which looks like a fait accompli. Americai Narayanan wasn’t talking through his hat. INS Vikrant is “truly Indian” because it was built by Cochin Shipyard and not a Gujarati billionaire. The public sector Steel Authority of India Limited “indigenized” the aircraft carrier with warship-grade steel.

And to press home the indigenization claim, the SAIL steel was developed by the Defence Research & Development Laboratory (DRDL) exclusively for INS Vikrant. If more is needed to keep the whataboutery going, the “design and construction” of the “Indigenous Aircraft Carrier (IAC) Vikrant” was sanctioned in 2003. It is an infructuous debate, pointless in every which way, including in scoring brownie points. The importance of INS Vikrant India’s defence capabilities is immense, but how much of a game-changer Vikrant will be in 2024 should be left to the sea of imaginations.

In fact, more than Vikrant, it’s the report that Great Britain has now dropped to sixth place in the GDP stakes, behind “the former British colony”, that will reverberate. The Western media carries a deep disapproval for India under Modi and this is reflected in how India’s accomplishments are placed in context. The Western media gave zilch points for India’s fifth position, but cried buckets for “Britain dropping behind India to become the world’s sixth largest economy!”

Come 2024, whichever party wins, India’s stock would improve not so much because of who will be ruling India at that point in time but because, irrespective of which party was in the ruler’s seat, key decisions were continuously taken for setting India up for development, like the one for the indigenized aircraft carrier INS Vikrant. No amount of whataboutery will make a difference though the months till 2024 will keep reverberating with tonnes of whataboutery. (IPA Service)