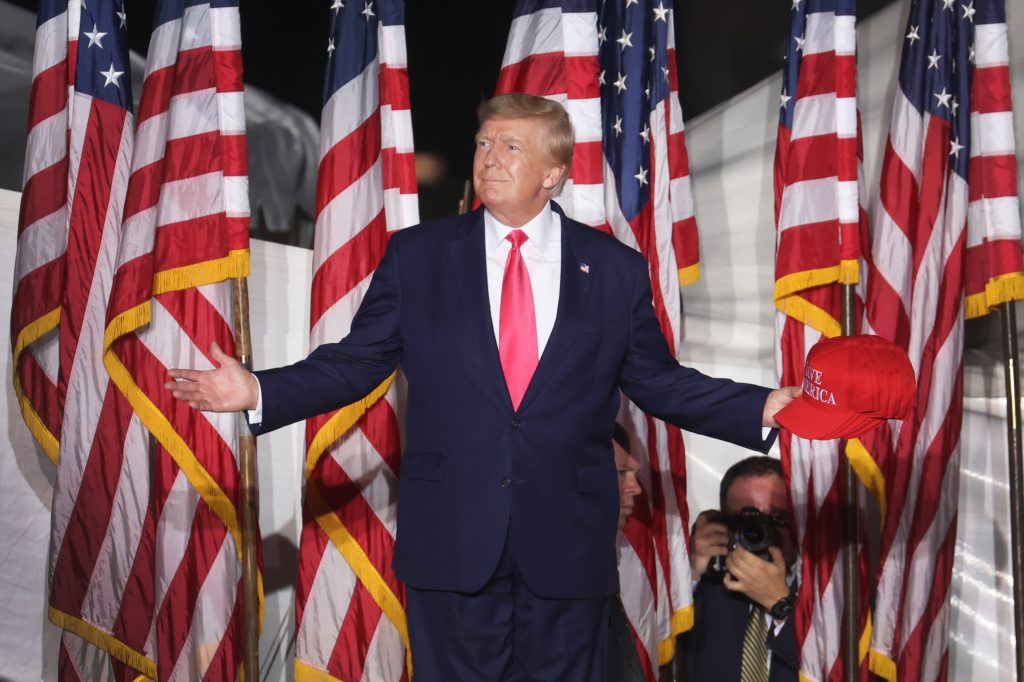 America is going to a cliff hanger midterm election in November, this year. A few months ago, the election looked primarily a referendum on the performance of the Democrats and the Biden presidency, centering economy, inflation, crime, immigration and Biden’s stalled legislative agenda in Congress. Republicans were optimistic that a Red wave would carry them to sweeping gain in November. But since then the situation has changed.

A series of dramatic events over the past few months have elevated an entirely different set of issues: gun violence, threats to Democracy, climate change and above all abortion rights. All these issues have gained in prominence since the spring : gun violence  in Ulvade, Texas massacre, abortion   following  Supreme Court’s ruling overturning national rights to abortion, threats to democracy amid disclosures of the House Committee investigating the ‘January 6, 2021 insurrection on the ‘Capitol’ and search at Mar-a-Lago highlighting Trump’s obstructive mishandling of classified Government Materials.  Further, climate change measures   are4 also on the agenda since the unexpected passage of the Democrat’s slimmed down Reconciliation bill, along with the ‘Inflation Reduction Bill’ passed through the Congress.

While the economy and inflation still remain the dominant issue in the voting, the Supreme Court’s decision to overturn abortion rights and the follow up  strict abortion ban laws in all the Red states [ states governed by Republicans)  has lobbed a grenade into this year’s election. After the abortion ruling there has been a sudden change in the   mood   of the electorate.

Survey after survey shows that more than 60% of the American voters are against abortion bans. It arouses anger and resentment among majority of the women that their ‘rights over their own bodies ‘have  been taken away by a single verdict. The public mood, specially of the women became evident when in a referendum, held in Kansas, a deep Red state, over ‘Kansas No State Constitutional Right to Abortion and Legislative Power to Regulate Abortion Amendment ‘[August, 2022] placed in the ballots, it was defeated in a big way. More than 59% of the voters said ‘NO’; thereby maintaining the legal precedent established in ‘Hodes & Nauser vs Schmidt’. That Kansas Bill of Rights provides the rights to abortion. It is to be noted in this connection that Kansas had last elected a Democrat in Senate in 1932.

‘Planned parenthood Action Committee’ declared – ‘we know that Kansas will not be our last fight or our first victory’. Senator Chris Murphy advised the Democrats in reference to the ballot results in Kansas– ‘Run on personal freedom. Run on getting yours Rights back. This is where the energy is. This is where the 2022 election will be won.’ Democrat Pat Ryan won bell-wether special election against odds in New York’s Hudson Valley on this formula.  He defeated Mark Molinaro, a Trumpist Republican candidate who centred his election campaign on crime, inflation and Trump’s conspiracy theories.

After the victory Ryan declared – ‘Freedom won the ballot and tonight our choice over our body and freedom won.’ Since the draft of Supreme Court’s draft on abortion ban leaked in February this year, in all the five special congressional elections, the Democrats own on this issue. In Michigan any some other Red leaning states liberal groups are rushing to put measures on the ballots that would codify abortion rights. And in all the eight states that are holding key Senate races – Arizona, Georgia, Nevada, North Carolina, New Hampshire, Ohio, Pennsylvania and Wisconsin,–from now until election day, Republican will face nasty questions about their stance on abortion from angry voters. Democrats are working hard to exploit voters ‘ anger, especially among suburban women. No doubt, ‘Abortion’ has become a consequential issue in the mid-term election.

Republicans gear up their vote campaign policy centred mainly on economic issues–price rise, inflation, federal spending on climate, health subsidies, student loan forgiveness etc.  There no doubt that inflation has a constant presence in the minds of the people when buying groceries, filling their gas tanks and paying their home heating bills. There is no escape from this. President Biden’s approval rate has dropped to a low 38% mainly on this issue. But his Govt. is trying hard to tackle this sensitive issue. Democrats were able to pass the ‘Inflation Reduction Act’, though slimmed down by their two not so cooperative colleagues, senator Munchin and Sinema.

Since June this year, gas [petrol   price is dropping .The Federal Reserve Bank took measures to curb inflation. Job market is doing good. Unemployment rate is low. Democrats are trying to make people understand that the problem of inflation is not due to Govt. policy or actions. Many other factors like – Covid pandemic, Russia’s Ukraine war, shortage of gas supply has shot up gas price and inflation in Europe and USA .While Republicans attack Biden’s student loan forgiveness saying it will fuel inflation, many economists view otherwise. Democrats hope that younger generation, specially students will be   with the democrats due to this reduction of loan burden.

The next important issue is democracy and freedom. Democratic strategists raised the slogan that American voters should vote the Democrats to ‘protect our freedom against Trump Republicans who want to take away freedom from all who do not look, live and love like them’. They are taking away all the rights from LGBTQ+A people in the states they govern. Democracy is also in peril. Donald Trump has candidly said that he prefers to act like a dictator. Many GOP leaders openly praise Hitler and Nazism. The extreme MAGA philosophy puts democracy in danger in USA. President Biden labelled Trump and MAGA Republicans as ‘semi- fascists’. Recently, in his ‘Battle for the soul of the Nation’ speech, he said ‘MAGA Republicans do not respect the Constitution’. Many of the Trump endorsed Republican candidates, for House or Senate are extreme rightists, election deniers and preach conspiracy theories.

Mini-Trump De Santis, governor of Florida, is already acting like a dictator in his state. Through their action and speeches, they might consolidate and energize their rightist base; but other people, including independents and Bush-Republicans would ultimately reject them on this issue, at least. More than a year after the January 6, 2021 attack on the US Capitol, a new NPR/Ipsos poll finds that 64% of Americans believe democracy is in crisis in US and at a risk of failing. Most of the Republicans now agree with the verifiably false claim that ‘voter fraud helped Biden win the 2020 election’.– a key pillar of ‘Big Lie’ propagated by Trump.

Democrats also expressed dismay about the state of democracy – but for different reasons. They are worried about the voting law restrictions pressed by almost all Red states in the wake of 2022 election. They are putting their faith and efforts to curb Trump and Trumpism in lawful and democratic ways. The House Committee’s investigation on January 6, 2021 insurrection and Donald Trump’s role and involvement in it, DOJ’s raid at Mar-a Lago and investigation about Trump’s obstructionist mishandling of classified documents. Grand -jury probe of Trump’s unlawful and unconstitutional attempts on overthrowing 2020 election results – could stop or slow down Trump’s MAGA march in  the up-coming midterm election.

Another factor in the election might be the individual candidates and their ratings. Trump was able to put maximum number of seats to his cronies and most of them won in the primaries, both in the House and Senate. But his candidates , are in  many  cases are flawed in different ways and might loose even in safer seats – such as Dr. Mehmet Oz in  Pennsylvania, Herschel Walker in Georgia, J.D. Vance in Ohio in the Senate and  D. Mastriano for governor seat in PA.

Only two months are left for the crucial midterm elections in the first week in November. For the Democrats, this is a do or die   situation. Any substantial Republican Victory will cripple the Biden presidency and it will be sheer impossible for the administration to go ahead with the pro-people measures. The elections results will determine whether Donald Trump will be the next Presidential candidate with his rightist MAGA programme. For the American citizens, the choice   is   very   clear   to vote for strengthening democracy or not. (IPA Service)

Rishi Sunak Is Only 42, He Can Look For Another Round Before 2024 Elections
Posting....