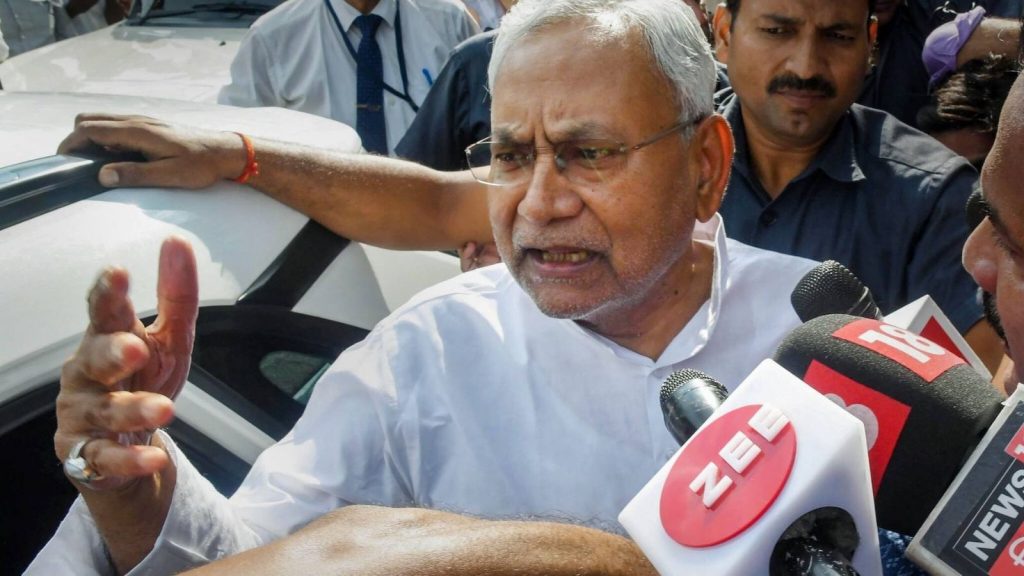 Bihar Chief Minister Nitish Kumar hinted that his proposed country-wide tour for forging Opposition unity to take on the BJP in the next Lok Sabha polls may take place after the budget session of the assembly next month.

Kumar had earlier said several times that he was working hard to unite the Opposition parties ahead of the 2024 elections.

The JD(U) leader ended his ties with the BJP-led NDA in August last year and formed an alliance government with the RJD and the Congress in Bihar.

Kumar launched his state-wide ’Samadhan Yatra’, aimed at reviewing the implementation of the ongoing projects and other schemes of the state government, from Bettiah in West Champaran district on Thursday.

Asked by reporters about his plans to visit other states in a bid to bring together political parties opposed to the BJP, he said he will complete the Samadhan Yatra first.

”This yatra will be completed by February 8. The budget session of the assembly will be there. Then I will think this over,” the CM.