New Era For Congress Has Just Begun From Himachal Win 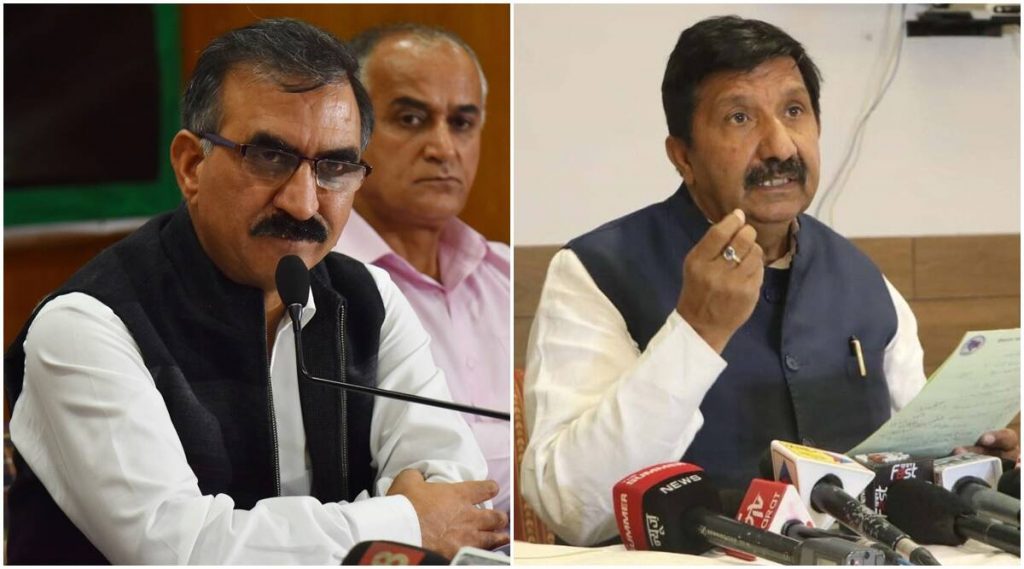 Throwing out BJP from power in Himachal Pradesh by bagging 40 seats in 68-member Vidhan Sabha was indeed a spectacular performance of Congress, but far more remarkable feat achieved by the party leadership was after the results were out. Dexterity of the high-command melted its factionalism giving way for consensus over selection of Chief Minister candidate at a time when there were at least three strong aspirants.

It may prove to be a beginning of a new era in Congress, which has been suffering from severe factionalism spanning its entire vertical across the country for sometime now. Factionalism has bogged the party down giving the other political parties opportunities of poaching the disgruntled elements within the party. The Himachal consensus building exercise of the Congress might have disheartened all anti-Congress political parties. It must be noted in this background that Congress has lost 6 states to the BJP since Narendra Modi took over the reigns of country in 2014 only due to engineered defection in the backdrop of factionalism.

Even in case of Himachal Pradesh, some of the BJP leaders were claiming that they could form the government in the state with the help of one or the other faction of the Congress and others. They have done this in the past in other states, despite Congress winning majority seats or becoming largest political party. People were, therefore, in suspense because of existence of three factions in the state.

Election results of Himachal Pradesh Vidhan Sabha election were out on Thursday, December 8, and there were at least three claimants for the post of the Chief Minister – the Himachal Pradesh Congress president Pratibha Singh, former state party chief Sukhwinder Singh Sukhu, and outgoing Congress Legislature Party leader Mukesh Agnihotri. They have also staked their claim for the CM post.

The suspense over the CM post has deepened because Pratibha Singh had even told the media at her residence on Friday, “The party cannot neglect this family. This election has been fought in his name. It is not possible that you use his (Virbhadra) name and face, and then neglect him after the results. This is something that the party high command will not do.”

This very statement shows how difficult it was to have a consensus candidate for the CM post. The difficulty was manifest even during the Congress Legislature Party (CLP) meeting on Friday. The factions and claimants were not willing to recede from their respective positions, and therefore they had to agree on the decision of the Congress high-command. Consequently, a one-line resolution had to be passed authorising the party high-command to decide on the new chief minister of Himachal Pradesh. The CLP meet was held at the party office in Shimla.

Congress Himachal Pradesh in-charge Rajeev Shukla, Congress’s central observer and Chhattisgarh CM Bhupesh Baghel, another observer former Chief Minister of Haryana Bhupinder Singh Hooda, former CM of Himachal Pradesh Jairam Thakur and some other party leaders had to undergo hard times to build the consensus. Since Sukhu had successfully headed the party’s campaign committee, he had an opportunity to establish very good rapport among the party leadership as well as majority of Himachal Pradesh Congress leaders and workers. It went strongly in his favour.

The best part of this whole exercise of consensus building was of its being a ‘democratic decision’ rather than imposed by the central leadership. It augurs well for the party since it instils hopes in the party rank and file to rise to the top on their own merit and ground work rather than by mere sycophancy of the party high-command and simply favourable proximity to them.

This process even not passed unnoticed. A senior Congress leader Anand Sharma, while congratulating Sukhu, said he was grateful that the party leadership has taken a ‘democratic decision’ and chosen one who has risen through the ranks. In a tweet he said it “a matter of pride that the son of an ordinary family will be out CM, thanks to our leadership, Smt Sonia Gandhi, Mallikarjun Khargeji, Rahul Gandhi and Priyanka Gandhi for leading a spirited campaign.”

The process of consensus building was conducted in such a good manner that even one of the strongest claimant of CM post and Himachal Pradesh Congress chief Pratibha Virbhadra Singh said that she and her supporters accept the decision taken by the party high-command. Her statement is all the more important because Sukhu is known as a detractor of Congress veteran six-time chief minister of the state. It shows the ever more mature dealing of infighting by the Congress high-command. Another claimant of the CM post, Mukesh Agnihotri, who has been made Deputy CM, has also assured that he would work as a team.

Sukhwinder Singh Sukhu had joined the Congress student wing NSUI and was elevated to its president in the state organisation. He contested for the fist time during the Himachal Pradesh Vidhan Sabha election in 2003 from the Nadaun Vidhan Sabha constituency and won it. He repeated his win during 2007, and 2017 Vidhan Sabha elections from the same seat. (IPA Service)

Follow us on
Up Next: India Is Fast Emerging As World’s Major Pharmacy Hub