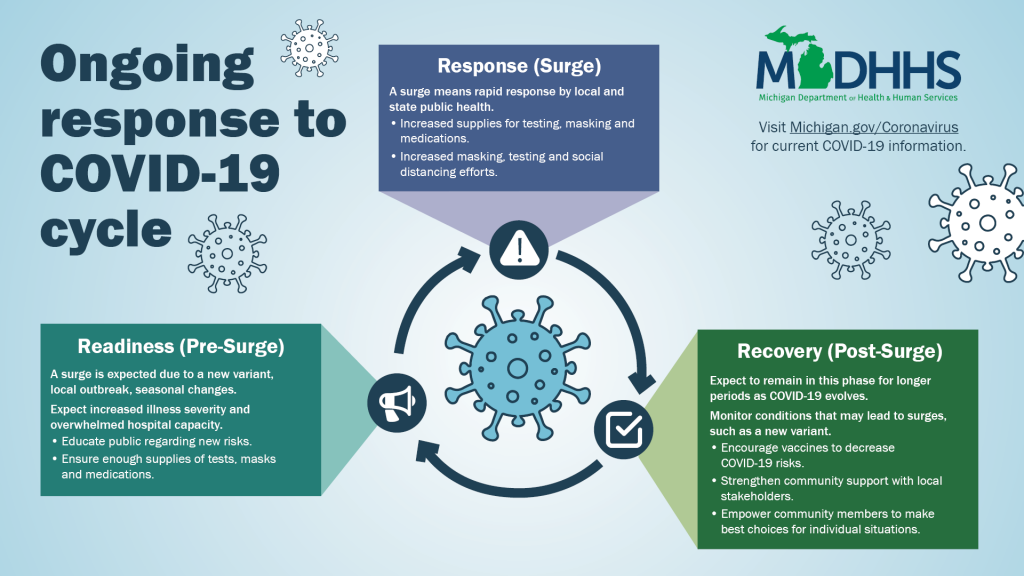 Within few days of lifting all COVID-19 related curbs from April 2, including mandatory wearing of masks and maintaining physical distancing, Maharashtra reported India’s first case of Coronavirus variant XE on April 6 in Mumbai, though within hours Union Health Ministry disagreed saying the present evidence does not suggest that it is XE variant. Since it is only a preliminary assessment of one variant, and there may emerge others, India needs utmost care and preparedness for any eventuality.  The fact is that this new variant has been detected in Britain and it will need a few days for this to infect people in India.

The official media release by Brihanmumbai Municipal Corporation (BMC) has not only reported the first case of Coronavirus variant XE but also one case of Kappa variant. The patients with the new variants of the virus, however, did not have any server symptoms so far. Obviously, it should not be a matter of panic, because it does not present serious threat to health, both in terms of number of infections or in virulence, however it certainly reminds the impending threats from more infectious and virulent variants to be evolved in the future. Only the last week the World Health Organisation (WHO) had said that the new XE mutant may be more transmissible than any strain of coronavirus, therefore we should not reach at hasty conclusions.

An official from the Union Health Ministry has been quoted saying “FASTQ files in respect of the sample, which is being said to be XE variant, were analysed in detail by genomic experts of INSACOG who have inferred that genomic constitution of this variant does not correlate with genomic picture of XE variant.” Even additional commissioner of BMC has been quoted saying, “As per the guidelines of the WHO, the BA2 and XE is at par so far the spreadability is concerned. As of now there is nothing to worry about.”

Both the statements may be true but only partially, since these statements are focused on only “infection” and “virulence”. However, when we consider these statements on larger perspective of health and related crises, these presents a totally false picture of the situation creating dangerous level of complacency both among the people and authorities dealing with the crises.

BMC has said about 230 samples were sent for genome sequencing, out of which 228 were found infected by Omicron BA2 variant, one had Kappa and one infected with XE. The patient found with XE infection had foreign travel history and had returned from South Africa in February. The new strain was detected in the UK at the start of the New Year and by April 3, 637 cases were already reported.

On identification of lower number of new cases and new variants, WHO experts have repeatedly said that it is due to considerably lower number of tests carried out and incapacity of our testing systems to fast identify the new variants. Therefore, the “fewer numbers” logic does not present the real picture. Even undetected cases may only be unreported cases. Therefore, it should not be made the ground for complacency.

India also needs to be more vigilant and careful about even on XE variant, since it is a “recombinant” mutation of BA.1 and BA.2 Omicron strains. One should note that a recombinant mutation emerge when a patient is infected by multiple variants, that mix up their genetic material during replication and form a new mutation. This new mutation, according to WHO, appears to be 10 per cent more transmissible than BA.2 sub-variant. Therefore, we need to watch the development carefully, not for this one, but other more infections and virulent mutations too.

Though the officials and experts are telling the people not to be worried, we should not become complacent for numerous other reasons. One of these is very high level of the rate of hospitalization. BMC has said in the release that out of the total 230 patients whose samples were sent for genome sequencing, 21 were to be hospitalized though note of them needed oxygen or intensive care. India has a population of about 1.4 billion and if 21 out of 230 patient need hospitalization it would be too much to be managed. Our scarce hospital facilities might be overwhelmed soon. Additionally, nobody knows how ferocious the situation might turn into in future with known and unknown variants. It must also be taken into consideration because 12 of the hopitalised patients were unvaccinated while nine had taken both doses. It means the new variants are bypassing the immunity induced by vaccines or the disease itself, which reminds us that the decisions of withdrawing all curbs were premature, and we need more investment in research and development of new effective vaccines and drugs.

Moreover, India and all its state should always keep in mind that the country not only have scarce medical facilities but also have on about 13 lakh allopathic doctors registered with state medical councils and National Medical Commission as of November 2021 for all sorts of diseases. Thus we have one allopathic doctor on about 1076 people. If 2,89,000 dentists and 5,65,000 Ayurvedic, Unani, Siddha and homeopathic doctors are included, and if assumed that 80 per cent of them will be available, India’s doctor-population ratio would be 1:834. On April 5, 2022, the Union Minister of Health and Family Welfare Mansuch Manaviya had told Rajya Sabha that there were only 13 lakh allied and healthcare professionals in the country. Number of registered nursing personnel according to India Nursing Councils records are 33 lakh which includes about 23 lakh registered nurses and midwives and 10 lakh nurse associates. Thus we have only 1.96 nurses per 1,000 populations. It is clear that we don’t have even manpower to handle large scale hospitalization with or without need of Oxygen or ICU. (IPA Service)

Shiv Sena Thwarts The BJP From Bringing Down The MVA
Posting....