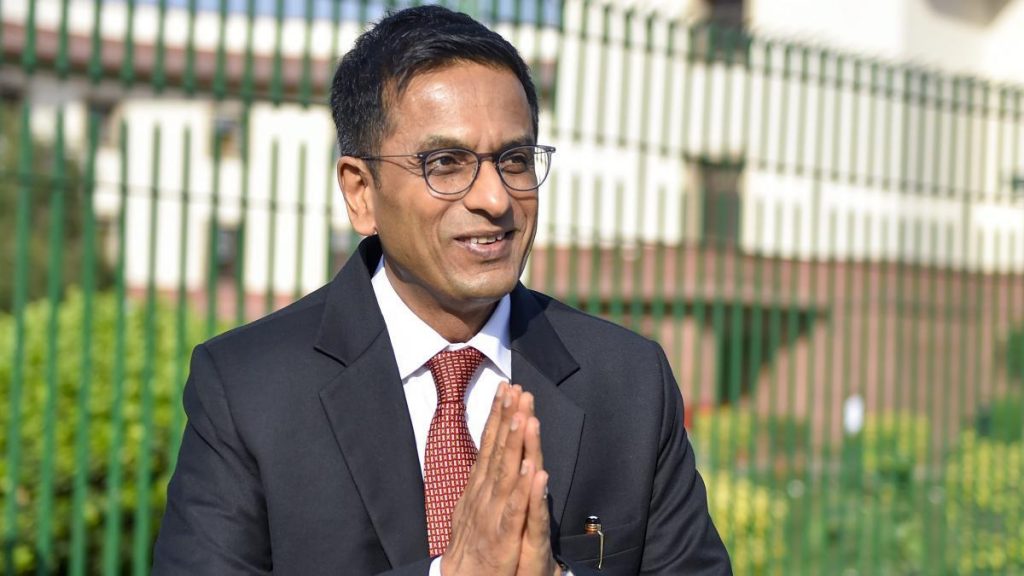 Chandrachud has endeared himself to a vast majority of court watchers with the manner in which he manages his court. His demeanour is said to be refreshingly different. If his humility is a rare quality in a person of his stature, he puts everyone at ease with his sense of humour.

Often at 4pm, he asks the lawyers in his court, “Don’t you feel the urge for a cup of tea? Some time back, as the clock struck four, he elaborated on his love for tea and spoke about how he felt a strong craving for the beverage at that hour, which also happens to be the time for the court to wrap up for the day. He recalled that when he was a lawyer in the Bombay High Court, he would have his tea in the staff canteen which was next to a courtroom. When he became a judge, he sat in the same courtroom, while he could not just enter the canteen anymore.

As Chief Justice of the Allahabad High Court, since the lawyers were more comfortable arguing in Hindi, he would help them shed their hesitation to switch from English to Hindi by starting off in his ‘Bambaiya Hindi’. Proceedings would commence in English but would shift soon to Hindi and lawyers appreciated the efforts he took to make the situation more convenient for them.

He also won admirers with his ability to differ from the established ways of working. Recently, he observed in his court with reference to providing the larger population with access to court proceedings: “Yesterday, I saw someone using a mobile phone, perhaps recording what we were saying during the proceedings. Initially, I thought, how can he record the proceedings? But then my thoughts changed. What is the big idea? It is an open court hearing. Nothing is confidential here.”

The 63-year-old Chandrachud, enjoys a rock-star appeal in legal corridors and beyond. It is much for his youthful smile and non-stuffy persona as his ability to sympathise with human sufferings, giving law a playmates including the likes of children of film star Shashi Kapoor as also kids from the servants quarters. “He is a hard worker. He has no vice except for his obsession with work. He has ability to built bridges and reach out to people who may not be in agreement. I am confident that as CJI he will be able take along his judge colleagues and also reach out to the bar  and resolve their issues”, said an eminent   lawyer.

Chandrachud’s first wife, Rashmi, had died from cancer in 2007. Some years later, he married Kalpana Das, who was formerly working with the British Council. His elder son, Abhinav, practices law at the Bombay High Court and younger son, Chintan, is employed with a law firm in the UK. (IPA Service)