Neorealist Movement In Films Began In India Simultaneously With Italy 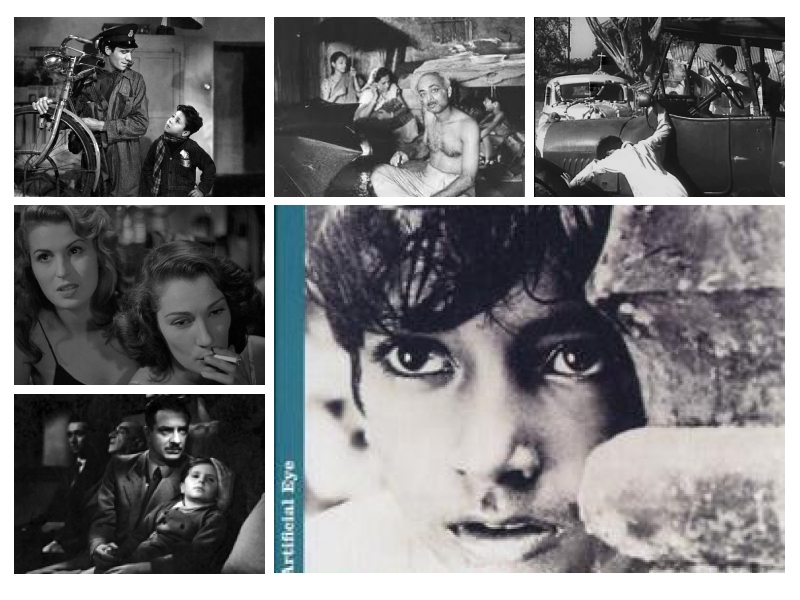 Film lovers in Europe and America observed on May 8the 116th birth anniversary of Roberto Rosselini, touted as one of the originators of the neorealist movement in post-war Italy of 1940s. His Rome, Open City was released in 1945, heralding the beginning ofa new movement in Italy pursued by a band of young directors Like Vittorio De Sica, Luchino Visconti and many others. This was the golden period of Italian film industry when the new films talked of common Italian people using a new cinematic language, distancing itself from the glamour-driven Hollywood films of those days.

In the 1940s, as it became increasingly clear that fascist regimes were on the decline in both Europe and Asia – many artists turned to a new type of cinema. Italian Neorealism was born out of this cultural shift and sought to bring an honest depiction of life back to film. These new age filmmakers captured stories from working class Italy in post Second World War years; and one of the definitive characteristics were their use of non-professional actors, real location shooting with least expenses and improvised dialogue.

The background of the neorealist movement .in Italy was that the anti-fascist resistance movement within the country was led by communists and socialists. The Italian Communist Party had significant influence on the cultural theatre of the country at that time and much of their cultural views were shaped by the great Marxist thinker, Antonio Gramsci. He died in fascist prison in 1937 but his ideas became the focal point of the new cultural resurgence in Italy during the war as also in the post second world war years.

The idea of culture for the people was born and many left-wing young professionals of film industry imbibed the ideas and introduced them in their respective creative projects. After Rosselini’s path breaking Open City in 1945, Bicycle Thieves film was made by Vittorio De Sica in 1948. Pier Paolo Pasolini emerged first as a poet and novelist in 1940s but then shifted to  film making emerging as  the maker of many unorthodox films. Apart, Luchino Visconti, Rossi and C. Zavattini were the leading figures of the new era.

Let us look at India in the 1940s.Just like the communist leader Antonio Gramsci of Italy who understood the value of culture in transforming the society, the Indian cultural world was fortunate in having Puran Chand Joshi as the general secretary of the Communist Party of India (CPI) in 1940s. He was the person who initiated the process of introducing culture as a key weapon in the national movement on the lines of the agenda of the CPI at that time. On May 25, 1943, when the Second World War was still on, the Indian People’s Theatre Association (IPTA) was born with N M Joshi, the then AITUC president, as the president and Mrs. Anil De Silva as secretary. Khaja Ahmad Abbas was the joint secretary. Abbas was already engaged in implementing in the film industry of India the ideas with which IPTA was born. He was made IPTA general secretary in 1944 but he was relieved of his job at the 1946 IPTA conference as he was too busy with his films, especially the epoch-making Dharti Ke Lal.

Apart from K A Abbas, another person who also started thinking on similar lines was Chetan Anand, Dev Anand’s eldest brother. A highly educated Chetan left his cushy Doon School job and arrived in Bombay at that time with fresh ideas on how to make a film which would chart a new path in the Indian film-making. He became a part of the maverick IPTA group and his constant interactions with K A Abbas led to the idea of making Neecha Nagar which was released in 1946 and till date remains the only Indian film to win the Palm d’Or at the Cannes Film Festival.

That the IPTA’s conception was more radical and all- pervading compared to the charter of the film makers of the neo realist group of Italy can be gauged from the opening address made by Prof Hiren Mukherjee at the inaugural session in May 1943. He made the appeal:

“Come writer and the artist

Come actor and the playwright

Come all who work by hand or brain

Dedicate yourselves to the task

Of building a brave new world

Of freedom and social justice”

And what a brilliant person was Chetan Anand who brought from his years of study in England all the experiences of interacting with the avant-garde cultural activists who were preparing to build a brave new world after the defeat of fascism. Chetan studied the latest trends in filmmaking and he prepared himself for playing his due role after returning to India. Dev Anand writes in his memoirs about the adda at Chetan’s place in Mumbai after the end of war in 1945 with other IPTA activists:“Several people in the group professed to be readying themselves to revolutionize the film industry and rid it of staleness that had set into it. They were out to restructure the repetitive pattern of things that they felt needed total overhauling.”

Who were the people in that adda of Chetan? Dev Anand writes: “Late in the evening the Pali Hill bunglow would resound with chatter of recitations of poetry and quawali sessions, at times reverberate with the soul searching stirrings of sitar by Ravi Shankar or sarod by Ustad Ali Akbar Khan’. Balraj Sahni, along with his actress wife Damayanti as also Zora Shegal and her sister Urja were regular participants. K A Abbas also started making Dharti Ki Lal at that time and the film got international award and recognized as the representative of new trend in filmmaking along with Chetan Anand’s Neecha Nagar.”

Interestingly, the maverick film director of Bengal Riwtick Ghatak did his inaugural film Nagarik in 1952 but it was not completed and could not be released. Those who have seen the final print of Nagarik much later confirm that it had all the elements of a neorealist film in the context of the Partition-hit Bengal and  if the film could have been released on time in 1952, Ghatak could have created a big stir three years ahead of Satyajit Ray’s Pather Panchali which was released in 1955.Satyajit Ray got his inspiration from Italian neorealism during his stay in London in 1950 after seeing De Sica’s ‘The Bicycle Thieves’. The film legend said it so many times in his writings and interviews after  his emergence as a film maker.

That way, Indian film movement has a scintillating history of its own and in the 1940s and 1950s, a dynamic time when many powerful directors emerged in the regional cinema embodying the revolutionary and humanist ideals of IPTA which were on the similar lines and in some ways, more advanced that the Italian neo realist movement. At a time when the film world is remembering Rosselini and his Italian friends of the revered neorealist movement, it is time, we in India show our gratitude to Chetan Anand and K A Abbas, who were the pioneers in the 1940s. Kudos should go to the then IPTA leadership that could nurture such talents in every field of art in 1940s and 1950s. IPTA will step into its 80th year on May 25 this year. (IPA Service)