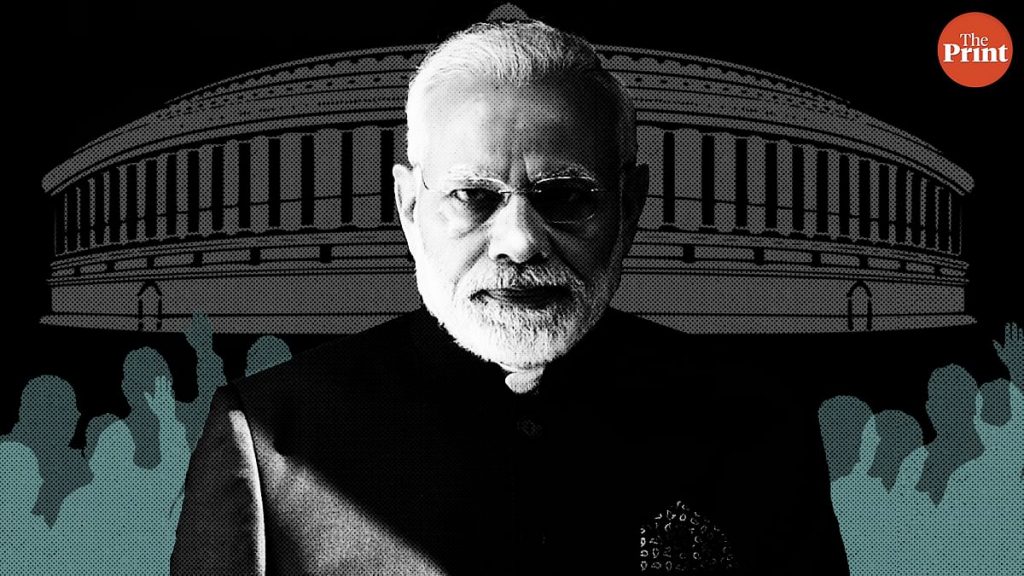 The last time Union Home Minister Amit Shah stood up in the Lok Sabha to discuss the affairs of a state, that state was bifurcated and broken into two union territories. This time around, Shah has done the opposite—merged three municipal corporations into a single block with ramifications still not clear, except that this merger of Delhi’s ‘3 MCDs’ could be panacea for a severe bout of election fear psychosis gripping the BJP following the AAP’s Punjab landslide.

But the BJP explained the merger differently. In the words of Shah, the Delhi Municipal Corporation (Amendment) Bill, passed in the Lok Sabha on March 31, 2022, seeks to unify the ‘3 MCDs’ of Delhi into one “integrated and well-equipped entity to ensure a robust mechanism for synergised and strategic planning and optimal utilisation of resources.”

The bill was passed by voice vote. Amendments moved by Opposition MPs were rejected outright. When annulling Article 370 and bifurcating J&K, the National Conference and the PDP reacted with anger and frustration. Similarly, the merger of the ‘3 MCDs’ left the Opposition in the Lok Sabha flustered, and just able to hold their anger in check.

The BJP government at the Centre has been chipping away at the foundations of India’s federal structure religiously and perfunctorily ever since Modi became Prime Minister in May 2014. At least that has been the running allegation, and the argument. Today, eight years later, there is still no clarity on the BJP’s politics vis a vis its numerous unpopular actions.

Congress leader Rahul Gandhi attempted a readout, deciphering that Modi wanted to be “King” and that the states wouldn’t take it lying down, especially MK Stalin’s Tamil Nadu. Today, even as Delhi was talking about “corporation merger”, the Tamil Nadu chief Minister was in town to inaugurate the DMK’s “national office.”

While in town, Stalin also discussed TN’s share in the GST and other centre-state concerns. In the debate on the unification of Delhi’s civic bodies in the Lok Sabha, DMK Member of Parliament Dr Veeraswamy Kalanidhi asked why the hurry to pass the Bill?

The DMK needs more such “national debates” if Stalin wants national recognition. That said, why shouldn’t the opposition parties get together and mount a collective campaign against the merger of Delhi’s ‘3 MCDs’? It can be turned into a national issue because Delhi is India’s capital, it’s where Rashtrapathi Bhavan is, where Parliament is, where the seat of India’s government is.

It goes without saying that the AAP will make the ‘3 MCDs merger’ into an election issue, and won’t stop railing till even after the cows come home. It’s not emotive, but it can be turned into a national issue. If the UPA and the Trinamool don’t want to be deprived of this election issue to fight the BJP, they shouldn’t allow the AAP to run away with it.

That said, does the charge that everything the Modi Government does is to weaken the federal structure stick? Well, a goal as cohesive as ‘Hindu Rashtra’ cannot be achieved without getting a grip on the federal structure. Also, post the AAP sweep of Punjab, the BJP was nervous about the Delhi MCD elections slated for later in 2022.

The BJP cannot be expected to win Gujarat after defeat at the hands of AAP in the Delhi MCD polls. More so, when AAP is making a big play of promising to rid Gujarat of the BJP, like it rid Punjab of the Congress.

And AAP is positioning itself as the national alternative. Also, as long as the AAP sticks firm and Kejriwal harbours national ambitions, there will be no opposition unity and the UPA, and the TMC, will be left to fend for themselves. Modi and the BJP have always given the impression of wanting a presidential style election.

The MCD is governed by the Delhi Municipal Corporation Act, 1957, and it is plain as the written word that the central government cannot dictate to the MCDs. Merging the ‘3 MCDs’ shouldn’t have been bulldozed through the Lok Sabha. The right to create municipalities rests with the states, not with the Centre.  (IPA Service)

Centre Has To Opt For Alternative Pricing Mechanism For Petro-Products
Posting....