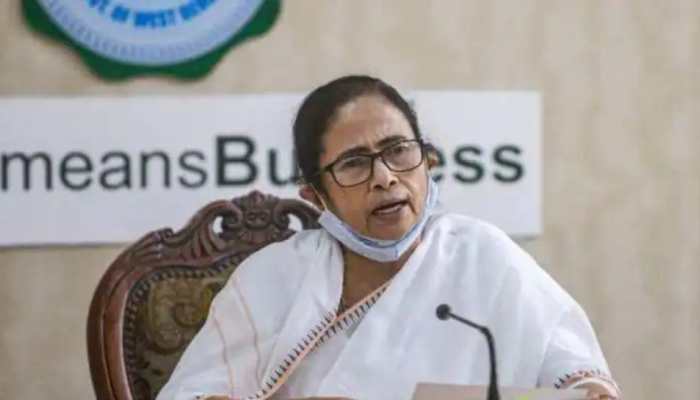 When chief minister, Mamata Banerjee said that it was CPI-M and not she who drove away the Tatas from Singur small car project, it was no throwaway remark. Twin hidden agenda lay in it which include diverting the Opposition criticism from issues troubling her dispensation together with an eye on votes in the panchayat elections scheduled early next year.

Trinamool Congress state government is flabbergasted by Opposition’s broadsides on issues of corruption and faulty decision making. The cash for teaching jobs case investigating which the central probe agency unearthed mountains of cash at the residences of Arpita Mukherjee , an associate of former state education minister and party secretary general, Partha Chatterjee caught the state government on the wrong foot.

When the successful candidates for teaching posts are agitating night and day, the blame for botching up of Singur project being laid at the CPI-M’s door is an attempt to divert the ire of the jobless youth. The opening of another front of aggression against the Opposition is a sound tactical move in the book of the Trinamool supremo.

And it has indeed yielded some results. For the CPI-M leadership has come out with a strong denial forsaking the burning issues of the day earning the ruling dispensation a breather in these matters.

The issue of joblessness has been plaguing successive state dispensations of divergent ideological hues. Both the proposed Singur small car project and a chemical hub at Nandigram were conceived by the Left Front government to combat the problem of unemployment for both skilled and unskilled youth.

It is another matter that they failed to take off and land acquired by the state government for it triggered people’s protest on a key issue that once helped the Left to come to power and hold on to it. It is ownership of land in a state running short of agricultural plots ever since it has been truncated by partition.

It is ironical that the issue which helped propel the Left to power became the Trinamool vehicle to unseat it in 2011 elections after more than 34 years of being in the corridors of power. But Banerjee was aware that once in power, she would have to tackle the issue of joblessness.

The fact that looks the Trinamool dispensation in the face is that it has not been able to provide jobs till date. While there is no denying the fact that though memorandum of understanding about Adanis building a deep sea port at Tajpur has been inked, jobs from it will not materialise overnight.

The turnaround of the industrial scenario which Singur small car project and it’s ancillaries could have brought about may have been a brain child of CPI-M led Left Front. But both projects failing to get off the ground and the Trinamool supremo blaming the CPI-M for driving away the Tatas is like giving a dog a bad name and hanging it.

In 2006, the Tatas started the small car project at Singur and shifted it to Sanand in Gujarat after two years. The then chief minister, Buddhadeb Bhattacharjee and his party CPI-M had put Opposition leader Mamata Banerjee’s sustained agitation in the dock for the departure of the Nano project from the state. On the other hand, Mamata’s point was that the Buddhadeb government had deprived the peasants of the fertile agricultural land to allow the Tata plant. Many left supporters and liberal intellectuals supported Mamata’s movement at that time.

Mamata exploited the Singur-Nandigram issue in the 2011 state assembly polls and came to power by defeating the Left Front. Since then, Trinamool has won two more assembly elections. In the 2021 assembly elections, Trinamool got 213 seats while the CPI(M) got zero. CPI(M) is trying for a turnaround by galvanizing the present agitation by the aspiring job seekers who passed in the school teachers tests. Mamata has now met that challenge by initiating the process of fresh interviews and also by removing the   agitators from the dharna premises by promulgating section 144. There is not going to be any agitation for a few days due to Diwali. (IPA Service)

Strong Laws To Protect Encryption Are The Need Of The Hour
Posting....