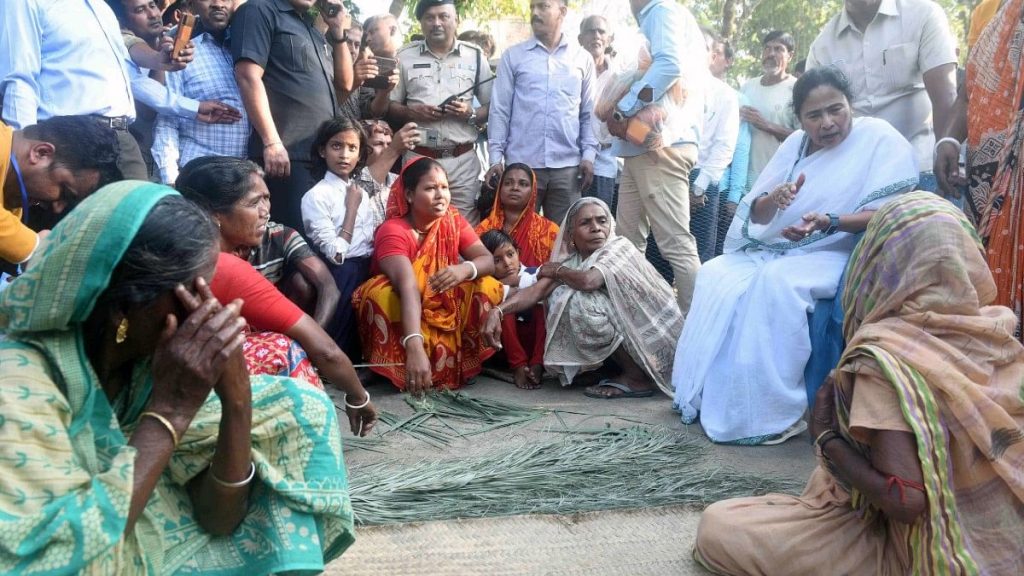 Ahead of the Meghalaya and Tripura state Assembly elections in 2023, Trinamool Congress (TMC) supremo  Mamata Banerjee , currently visiting the Northeast,  is sending out  mixed signals to  major national  parties like the BJP and Congress .

Steps taken by the TMC  so far  in Meghalaya and Assam, indicate a flexible, carefully balanced  approach  to issues that would ease the way for the  TMC to align either with the  national  parties  during/after the scheduled Lok Sabha polls in 2024.

Observers well acquainted with the somewhat impulsive political style of Ms Banerjee herself,  ascribe the astuteness implicit in such a fine-tuned  strategy to the TMC’s advisor in chief Mr Prashant Kishor. His IPAC agency of  political researchers have long been  doing the spadework  in states like Manipur, Assam ,Tripura and Meghalaya, working on pre-poll ‘social surveys’ and related matters for the TMC.

In plain language, this means some of  the TMC’s  recent announcements  in  Meghalaya may be seemingly  directed against the  BJP-run Assam Government, reiterating its  claims of being the only  anti  BJP  outfit in  India  — on the other hand,  recent steps taken by the TMC  in  Assam will  effectively  splinter the  traditionally  anti-BJP minority vote bank , much to the delight of state Chief Minister Himanta Biswa  Sarma.

The latter is well aware of this . Some time ago, Mr Sarma had said,  half in jest, that he would personally help the TMC to contest elections in Assam,  emphasizing  that the party would cut into the Congress vote bank !

Assam-based media reports commenting on recent moves made by the TMC, now strengthened by the joining of former Congress heavyweight Mr. Ripun Bora,  have noted  its vitriolic attacks against the  predominantly Muslim organisation AIUDF led by MP Badruddin Ajmal.  Despite its professedly secular  programmes in theory,  the All India United Democratic Front  is seen largely as the only force  that fights for ‘vulnerable Muslims’ (allegedly  Bangladeshi infiltrators) in Assam.

The bottom line:the estimated 35% Muslim vote in Assam  would be split  among the TMC, the AIUDF and Congress  Net gains  in this  for the BJP,  another nail into the coffin  for the weakening Congress.

In contrast TMC leaders  in Assam  hardly ever attack the Congress  in their public rallies or statements , even while poaching its  top leaders  and workers at every opportunity.  Obviously the TMC does not want to queer its pitch with Congress too strongly, keeping in view the pre-poll  scenario for the 2024 Lok sabha polls. It would not close the door  on its options to join a nation-wide anti BJP coalition.

Now that Mr. Bora has joined the  TMC following his failure  to retain his Rajya Sabha seat, the TMC expects to make inroads into the relatively hard core Assamiya community. Having  snatching Ms Sushmita Dev from Congress  some time ago, the TMC feels relatively more comfortable about  firming up  a Bengali vote bank in the Barak Valley.

In Meghalaya,  Ms Banerjee’s comments against the Assam administration and its dealings with the smaller states have been described as ‘inflammatory ‘ in sections of the  state-based media, at a time Chief Ministers of both states have been busy in  defusing tensions and maintaining  order.She was addressing tribal party workers in Shillong.  The TMC , according to Shillong-based analysts  was wooing the dominant Khasi tribe, whereas  it felt more comfortable with its present support base in Garo-tribe dominated Tura and adjacent regions.

Using  words whose directness attracted  local  media attention, Ms Banerjee accused  the Assam Government  of trying to take over Meghalaya land. The TMC would always support local people actively  in their fight against  the Assam  Government, she declared . No action had been taken in Guwahati, she alleged against policemen involved in the killing of five people over a misunderstanding of territorial jurisdiction between the two state governments, she alleged.

She paid Rs 500,000  as compensation to the next  of kin of the victims. Further she assured Meghalaya voters  of paying  at least one women in  every family Rs 1000 a month, as in West Bengal, if the TMC was elected to power in Meghalaya. She referred to  other similar welfare schemes already running with great success in West Bengal in this context. Local media persons  noted her unfamiliarity with  the names of various tribal groups and their leaders, incidentally.  TMC  leaders also met prominent Christian leaders and opinion makers , appealing to them to bring about’ a  political change’ in the state  to empower the people more.

While most other parties adopted a wait and watch mode about the TMC’s moves, there was no doubting the galvanizing impact  within the TMC  of Ms Banerjee’s visit. Other parties too, began  pre poll preparations with slightly more urgency, bringing out posters and banners, though not on a scale comparable to the TMC show.

Senior  state leader Mr Mukul Sangma  said that the TMC would contest all 60 seats, and some of its candidates had already been decided informally. This at a time most other parties were far from finalising such matters.

Local observers also noted that the TMC’s aggressive campaign would certainly cut into the support base of Congress and the National Peoples’ Party NPP led by ruling Chief Minister Mr Conrad Sangma and supported by the minuscule  BJP.  In other words, in Meghalaya too, the TMC would in effect contest and seek to reduce the votes won by  two non-BJP parties, which may  encourage  the  saffron party to expand  its own campaign and  seek fresh gains in  none-too-familiar territory ! (IPA Service)

Way Cleared For Tejashwi Yadav To Lead Mahagathbandhan In 2025 Polls