Mamata Banerjee Has Botched Her Chances Of Playing A National Role 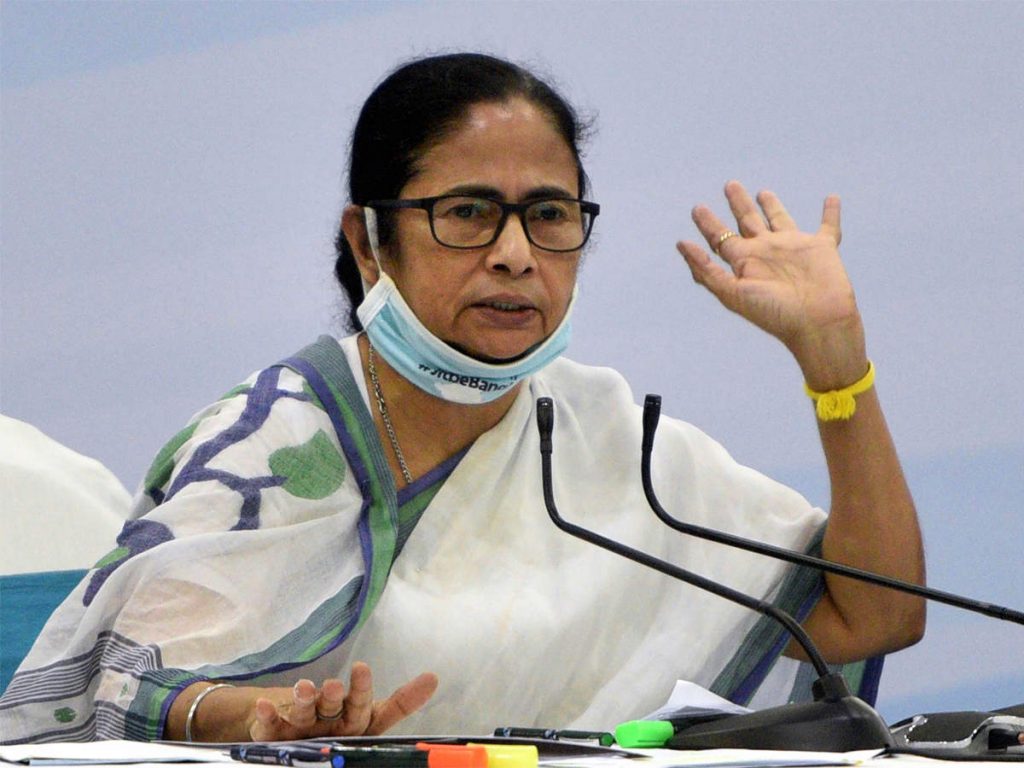 Mamata Banerjee’s latest troubles mean that her challenge to the BJP at the national level is petering out. After the scandal involving a formerly top-ranking minister who has now been sacked, few will credit her with being a person who can give the BJP a run for its money in 2024.

Her difficulties stem from her failure to keep her party under control in West Bengal and an inability to understand the ways of the modern economy. To start with the lapses concerning her party, it is well known that two things have plagued the Trinamool Congress from the beginning. One is its inherent lawlessness and the other is its inbuilt corruption. The result is Mamata’s failure to earn the kind of respect which is necessary for a politician who wants to play a national role.

The link between the rowdy conduct of the Trinamool cadres during local polls and after the national-level elections, and the corruption associated with them, was perhaps only to be expected. The so-called “cut money” phenomenon is a manifestation of this malaise. It involves the harassment of property owners by party goons if a part of the money transactions during the real estate deals is not given to the cadres.

It is anybody’s guess whether the piles of cash as well as gold and jewellery found in the flat of an associate of the former minister who is under the enforcement directorate’s scanner is related both to the “cut money” transactions and the school jobs scam. For once, therefore, the directorate, which has generally come to be seen as the government’s political tool against the opposition, has hit the right button.

Sleaze and unruly cadres are not unknown in Indian politics. But among the roadblocks on Mamata’s path to a national role is her inability to make West Bengal relive its past glory as an industrial centre. The CPI(M) under Chief Minister Buddhadev Bhattacharya tried to undo the damage caused by the “revolutionary” rhetoric of the Marxists leading to the flight of capital by inviting the Tatas to build their Nano cars in West Bengal. Had the project continued, it might have led to the state’s industrial revival.

But Mamata scuttled it with her petty politics because she couldn’t see the bigger picture. As a result, West Bengal has remained mired in backwardness, making Nobel laureate Amartya Sen compare the empty Kolkata airport to Mughal emperor Akbar’s abandoned capital, Fatehpur Sikri. Nearly all her attempts to induce industrialists to invest in the state have been infructuous.

Mamata’s stumbles in the political-organizational and economic fields explain her inability to extend the Trinamool’s spheres of influence by securing a foothold in Goa or even in Tripura, whose large Bengali population should have been amenable to her political appeal.

Considering that West Bengal at one time was a magnet for labourers from Odisha, Bihar and eastern U.P. who flocked to the state for employment while some of the schools, colleges and Kolkata university attracted students from far and wide, West Bengal’s present sorry plight reflects poorly on the political class.

While B.C. Roy’s successors as Congress  chief ministers failed to continue with his industrial development programmes and the CPI(M)’s Jyoti Basu never fulfilled the hopes that he had initially aroused, Mamata has taken the state further downhill with the latest scandal proving to be the nadir of her tenure.

For all practical purposes, therefore, her all-India ambitions have turned to dust. Yet, the BJP is mistaken if it believes that it can fill the breach. The reason is the albatross round the party’s neck of its Hindu-Hindi background which has little appeal for the Bengalis who are rooted in their culture centred on the language.

For them, the BJP’s vegetarianism, communalism and focus on Hindi, not to mention the fetish with cow’s urine, are anathema. For the average Bengali, the Hindi heartland or the so-called cow belt is an area of intellectual darkness.

It will be extremely difficult, therefore, for the BJP to make any headway in this region which has more linguistic, musical, culinary and now also cinematic affinity with Bangladesh. The popularity of the Prime Video channel of “hoichoi” is testimony to this cultural closeness which is markedly secular.

Since the ongoing scam marks the lowest point in Mamata’s career, how she extricates herself from the mess will be watched with interest, not least by the non-BJP parties.

Among them, the CPI(M) may sense an opportunity to recover lost ground. But it appears to have lost much of its earlier appeal in the wake of the collapse of communism worldwide. The condition of the Congress in West Bengal is even worse. With the Trinamool having shot itself in the foot, the state’s political future is palpably dark. (IPA Service)

SC Verdict On PMLA And ED’s Power Comes At A Crucial Time
Posting....