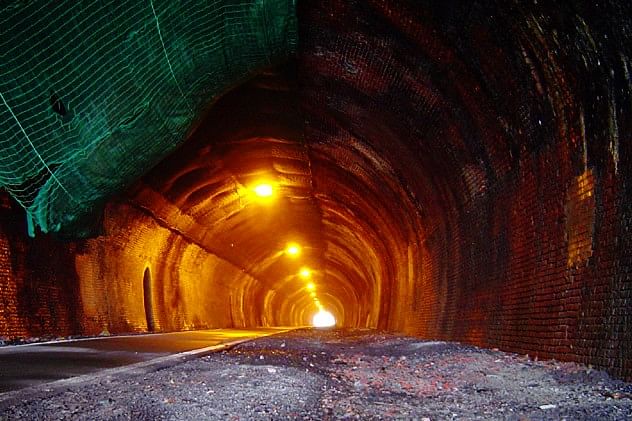 THIRUVANANTHAPURAM: There is light, at long last, at the end of the Vizhinjam tunnel. The peace agreement between the Left Democratic Front (LDF) Government and the Latin Church which spearheads the anti-seaport agitation has come as a big relief for the Government.

But the Government cannot rest on its laurels. True, an agreement is in place after the 140-day-old agitation against the Vizhinjam seaport. But, it is an uneasy truce. And the Government has its task cut out. It has to focus, without further loss of time, on the follow-up measures. And, most important, this is no time to crow over the end of the agitation.

The reason is there for all to see. It is evident from the reaction of Eugine Pereira, Vicar General of the Latin Church, who announced the ‘temporary’ end of the agitation, has made no bones about his reservations. The agitation is being ended not because “we are satisfied with the steps taken or promises made by the Government. The protest has reached a certain stage…and we are calling it off,” Pereira told reporters.

The Government would – and should – do well to keep the ‘celebrations’ over its ‘political victory’ on a low key. After all, none of the demands of the agitators has been conceded. That said, credit should be given to the Government for taking the initiative to end the stalemate. The protestors had a meeting with Chief Minister Pinarayi Vijayan after two rounds of talks. First, they met the Chief Secretary, followed by a meeting with the Cabinet Sub-committee. They demanded, among other things, that a local community representative be included in the expert constituted to study the possible coastal erosion because of the port construction. They also demanded that an additional amount of Rs 2,500 be given from the State exchequer to meet the rent expenses of those who lost their house and property.

The Pinarayi Government, however, rejected both the demands. Its reasoning: the expert panel has already been constituted. However, the CM assured the protestors that the committee will consult them as well. Since a government order has already been issued, the demand for the extra rent amount cannot be conceded, said the Chief Minister. Nor where the agitators in a mood to accept the additional amount of rent they wanted – Rs 2,500 – from the Adani group. Therefore, the agitators decided to settle for the earlier rent amount of Rs 5,500.

On its part, the Government promised to set up a Chief Secretary-level monitoring committee of which the Port Secretary will also be a part. The agitators can, according to the Government, consult the committee any time.

With the agitation called off, the Adani group would resume the port construction without any further delay so that it can meet the deadline of December 2023.

What prompted the agitators to call off their struggle? Opinion is divided. But, what turned the tables on the agitators is the violence they unleashed on Vizhinjam police station in which many, including policemen, were injured. The violence proved to be the turning point, with the agitators losing sympathy of the people at large. With the parliamentary polls just a year away, escalation of violence would damage the prospects of the party and its allies.. It is this realization that forced both the Government and the Church to settle for a cessation of hostilities. Another reason why the agitation was losing steam is the communal comments made against a Minister.”

A major bone of contention is the arrest of a large number of people, including a Bishop in connection with the violence which visited the Vizhinjam port. The Government should, in a spirit of accommodation and as a gesture of goodwill, withdraw the cases registered in connection with the struggle.  It is gratifying to note that the Government, has assured the agitators that action would be taken only against those involved in serious crimes. That assurance should reassure the agitators.

Now that the ‘guns have fallen silent’, the Government has an awesome responsibility. It has to see that the momentum generated by the end of the agitation is not lost. Follow-up steps should be taken immediately. The peace accord has given the Government an opportunity to assuage the concerns of the fisher community, which played a stellar role when the State was battered by unprecedented floods and rain fury. It must take immediate measures to concede their genuine demands, including compensation and rehabilitation. That the Government has promised to do that is a good sign. The agitators have also done well to assure the government that the protest against the port construction would be ended. The need of the hour is to ensure that both sides do not stop smoking the peace pipe. After all, as the saying goes, hope sustains life! (IPA Service)