Indian Federalism Can Also Have Some ‘Uncooperative’ Dimension 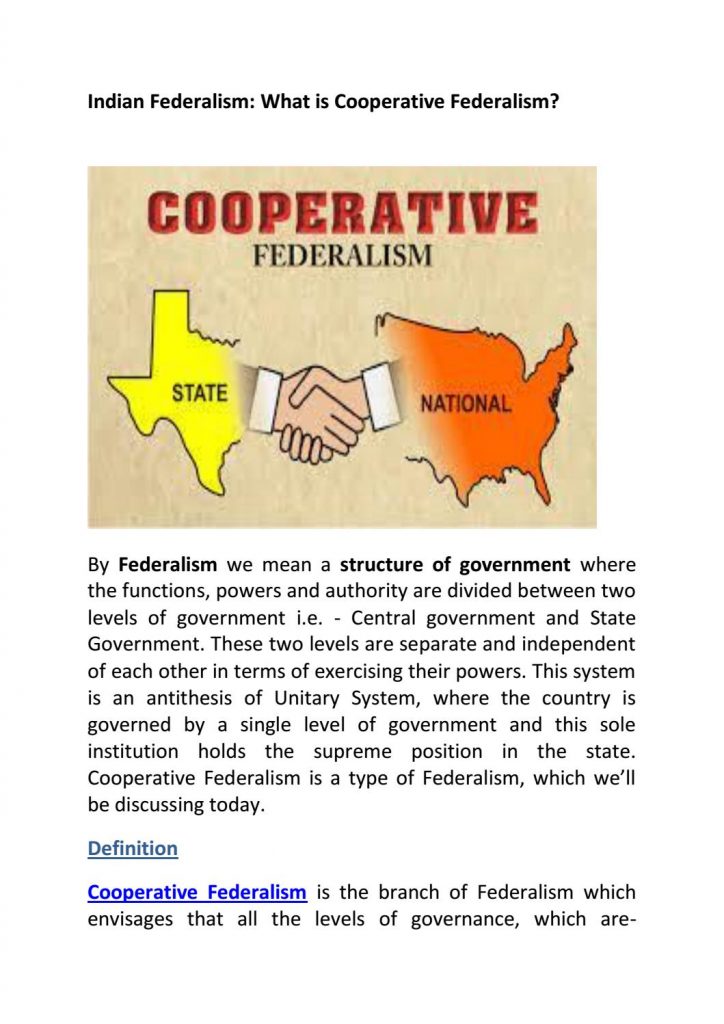 By Abhishek Mishra and Hrithwik Singh

The recent invocation of the phrase ‘uncooperative federalism’ by the Supreme Court in its judgment last month in Union of India &Anr. versus M/s Mohit Minerals Pvt. Ltd. Through Director marks an important moment in the study of Indian federalism. This also adds value to literature across the globe that suggests that there is no one model of federalism, and that innovative methods could be adopted to explain different federal arrangements and understand disputes. Specifically, in the Indian context, this invocation can be understood as a novel addition to the vocabulary of Indian federalism.

The Supreme Court was deciding upon the validity of two Union Government notifications by which Indian importers were to be charged Integrated Goods and Services Tax (‘IGST’) under the reverse charge mechanism, when ocean freight was paid by foreign sellers to foreign shipping lines. Earlier, the Gujarat High Court, when faced with this question, decided that these notifications which levied IGST on the ocean freight component in a CIF (cost, insurance and freight) contract amounted to double taxation, and thereby were unconstitutional. However, appealing against this verdict before the Supreme Court, the Union Government went on to make certain far-fetching arguments that provoked the Supreme Court to decide in the manner it did.

Despite the existence of a clear constitutional position wherein both the Parliament and state legislatures were conferred simultaneous powers to legislate on matters pertaining to the Goods and Services Tax (‘GST’) (Article 246A), the Union Government made submissions that went against it. It argued that the said notifications were brought upon the “recommendations” of the GST Council, and that non-observance of the same would upset the constitutional architecture. These “recommendations” of the GST Council, according to Article 279A, as per the submissions, would be, in effect, binding upon the Parliament and state legislatures on account of it being the ultimate body for making policy decisions on GST.

The Supreme Court, while upholding the Gujarat High Court judgement, struck down the two government notifications. On a textual level, the court read into the constitutional scheme and held that while Article 246A grants equal powers to both Parliament and state legislatures to legislate on matters related to GST, the word “recommendations” under Article 279A could not be given a meaning that may upset the very powers granted to both of them. The will of differing state governments, for instance, cannot be usurped by GST Council recommendations, merely on account of its sole existence.

On a theoretical level, the court observed that “interstitial contestation”, as opposed to “collaborative discussions”, can also be helpful in fostering relationships between the states and the Union Government. While cooperation and collaboration have been generally considered to be furthering the causes of federalism and democracy, some form of non-cooperation by states can also produce the same results. In cases where states have been vested with unequal powers, the political contestation becomes even more relevant. In light of the equal powers granted to Parliament and state legislatures, and the non-mandatory nature of its recommendations, the GST Council serves not only as an instrument for exercising “cooperative federalism” but also for expressing differing political viewpoints on policy matters. Hence, federalism need not necessarily be “cooperative” or “collaborative”, but can also be “uncooperative”.

The Supreme Court used scholarship by American law professors Jessica Bulman-Pozen and Heather K. Gerken for invoking uncooperative federalism. In their seminal piece, Bulman-Pozen and Gerken point out alternatives to the two dominant conceptions of imagining Centre-state relations. One views states as ‘autonomous policymakers’ that subsequently act as ‘potential rivals and challengers’ to the central government; another views states as ‘supportive insiders’, carrying out the mandates of the central government in the capacity of ‘servants and allies’. By connecting the two seemingly competing visions, Bulman-Pozen and Gerken offer a conception of ‘uncooperative federalism’. This provides a framework in which states can act as legitimate challengers to the Union Government even in the capacity of supportive insiders by methods like exercising licensed dissent, using regulatory gaps, and expressing civil disobedience in the forms of passing resolutions, among other things. Simply speaking, federalism can also be imagined in a sphere where states, when vested with lesser powers, challenge the mandates of the central government by using certain legitimate methods.

The rationale for invoking uncooperative federalism seems to be that when states are not following the recommendations, they are challenging the powers of the Union Government, and this leads to more discussions before reaching a consensus. By using a metaphor of a dialogue, the Supreme Court seems to be suggesting that policies should be decided only after taking into account differing viewpoints and visions of both the union and state governments. Cooperative federalism (something which the GST Council aspires to promote) may require non-cooperation as much as it may require active cooperation by state units. By this methodology, the Supreme Court interlinks federalism and democracy.

The application of this framework to other debates provides some insights. The controversial Citizenship (Amendment) Act (‘CAA’) was followed by massive protests across different parts of the country. Critics pointed out that the new law, when combined with the proposed National Register of Citizenship (‘NRC’), will result in the exclusion of Muslims, thereby stripping them of their nationality. There were also arguments about the CAA being against the principles of secularism, which is part of the ‘basic structure’ of the Constitution. So much so, several governments in states and union territories went on to actively oppose the implementation of the CAA and the NRC. The governments of Kerala, Punjab, West Bengal, Rajasthan, Madhya Pradesh, Chhattisgarh, Telangana, Andhra Pradesh, Delhi and Puducherry passed resolutions against CAA, NRC and the National Population Register (‘NPR’), or at least against one of them. Some also decided to challenge the contentious law in the Supreme Court.

What value does the refusal serve then? To answer the same, it is important to understand that any progress with respect to the NRC and the NPR has to involve cooperation from state governments. A nationwide NRC cannot be completed without state assistance. This has been used as leverage against the mandates of the Union Government. More than that, these resolutions send a political message in national fora that certain central initiatives are not acceptable to state governments, and that more work needs to be done before the implementation of such policies. Moreover, this shall induce more debates on the modalities of the existing national policy.

When asked, the Supreme Court observed that state governments are well within their rights to pass such resolutions, even though they may not have the force of law. This can be considered to be a classic example of uncooperative federalism, where states vested with lesser powers have used certain leverages in order to pose a challenge to the mandates of the union government.

Scholars have lamented the deficient understanding of Indian federalism in public discussions. By rebuking the formal-legal approach which views federalism merely in the terminology of ‘pure division of powers and functions’ between different government units, they have rooted for a more ‘sophisticated’ approach which views federalism as a democracy-furthering mechanism. The former has been attributed to the over-emphasis on categorising India as a ‘quasi-federal’ country.

Research has indicated that the word ‘quasi-federal’ was used in around 40 per cent of cases decided by the Supreme Court between 1994 and 2020. Hence, there is a need to expand public imagination on Indian federalism.

The recent Supreme Court judgement offers a novel addition to the vocabulary of Indian federalism. Importantly, the Supreme Court has interlinked the above-mentioned approaches by arguing for greater democracy, using the formal-legal arrangements of the Constitution with respect to federalism. That is, the court has indicated that when the Constitution itself provides equal powers to union and state governments, the same cannot be bypassed in deciding important policy matters, as the same would be detrimental to both federalism and democracy. Moreover, the Court has also given a positive spin to the term ‘uncooperative federalism’ than has been generally used in the Indian context.

This also adds truth to the proposition that one model of federalism is not sufficient to explain the complexities of different policies. Different models such as ‘uncooperative federalism’ can stake a claim to the label of federalism as much as the cooperative, collaborative and competitive models of federalism do. (IPA Service)