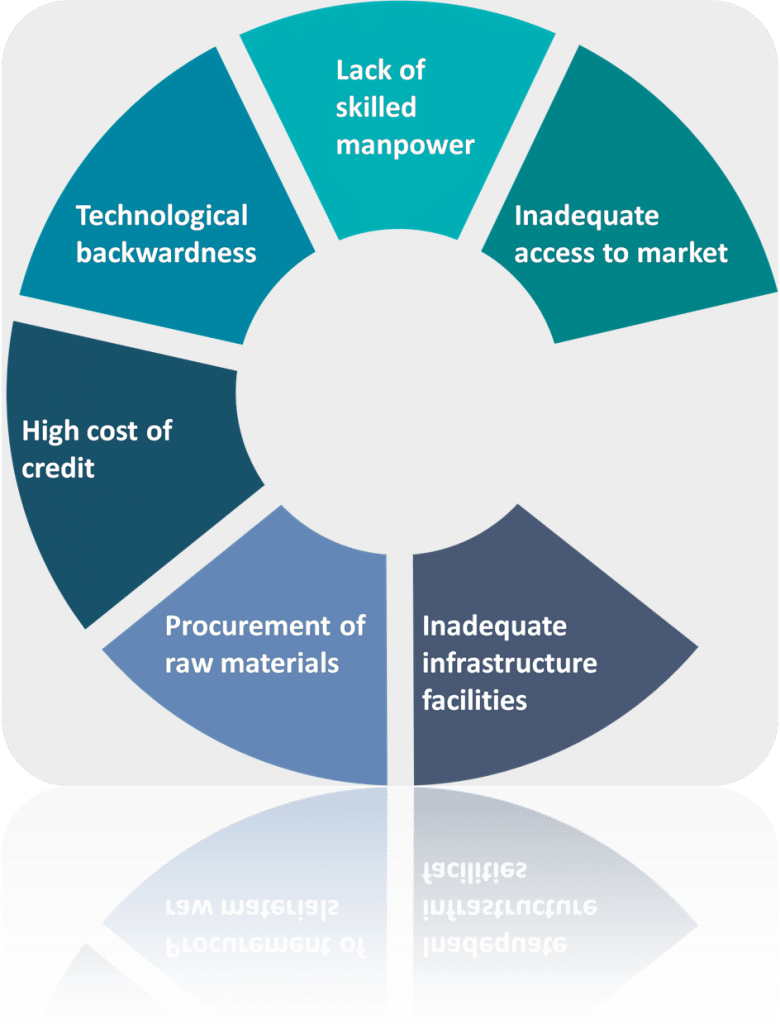 Modi government has been very liberally distributing promises of help but not money. MSME sector is a case in point that is struggling for its survival, even as the Union Ministry of Micro, Small, and Medium Enterprises is deprived of sufficient funds for smoothly running itself, its schemes and projects. The department related Parliamentary Standing Committee has not only pointed out the inadequate allocation of funds, but also warned that it “would jeopardize the smooth functioning of the Ministry and successful implementation of its schemes/projects.”

The budget allocation for the Ministry of MSME, the committee said, “apparently appears to be a significant increase” from budget estimate of Rs 15,699.65 for 2021-22 to Rs 21,422 crore for 2022-22. However, Rs 15,000 crore has been earmarked for Guaranteed Emergency Credit Line Scheme (GECL) leaving behind Rs 6,422 crore only as actual allocation for development of other schemes/projects of the Ministry, the lowest allocation as compared to past several years since 2017-18 spread upto 2020-21.

The Committee found the present GST regime defeating the very purpose of digitizing process, due to requirement of separate hard copies to be provided by the MSMEs for claiming refund resulting in tremendous strain on their cash flows.

Emergency Credit Line Guarantee Scheme, repayment period of 3-4 years including moratorium period is a very short period for MSMEs, the committee noted while recommending it to be extended upto 7-8 years with at least 2 years of moratorium on principal amount. It also recommended revamping the CGTMSE scheme and increasing the limit of collateral free loans from the existing Rs. 2 crore upto Rs. 5 crores.

Since a number of MSME oriented products are presently being imported, which can be manufactured in India, the Committee found it even against the vision of Aatmanirbhar Bharat.

The committee was also concerned about dismal performance of PMEGP which is one of the flagship Schemes of the Ministry of MSME, which is capable of generating large-scale employment for youth. However, out of the total number of applications received under the Scheme, around 36% were rejected by the banks, only 25% got sanctioned, and a meager 18% got disbursements.

During the course of Committee meetings, Members had raised the issue of banks’ lukewarm and unfriendly response towards borrowers, which often deter them to approach the banks for loans.

The Committee observed that the actual Interest Subsidy Eligibility Certificates issued and funds released by Banks are not very encouraging and creates gap in working capital requirement and actual fund availability. It creates great problems such as in the case of KVIC which is assessing the recycling of working capital (working cycle) @ 16 months but on the other hand the banks are calculating it at 4 months.

The Committee observed that under National SC/ST Hub, the Actual Expenditure often has been less than the BE & RE.

The Committee noticed that overall credit gap in the MSME Sector is in the range of Rs. 20 lakh crore to Rs. 25 lakh crore. A large chunk of Micro enterprises are operating in an informal sector and therefore they are not eligible for formal credit offered by financial institutions and these Micro enterprises are often deprived of benefits announced by the Government under various schemes meant for MSMEs, it observed.

The Committee also observed that there is no updated data about MSMEs in the country. Further, there is lack of data about manufacturing activities in the country. In the absence of adequate and granular data, the policies and guidelines that the Government frames often misfire. (IPA Service)