How Many Members Does The Indian National Congress Really Have? 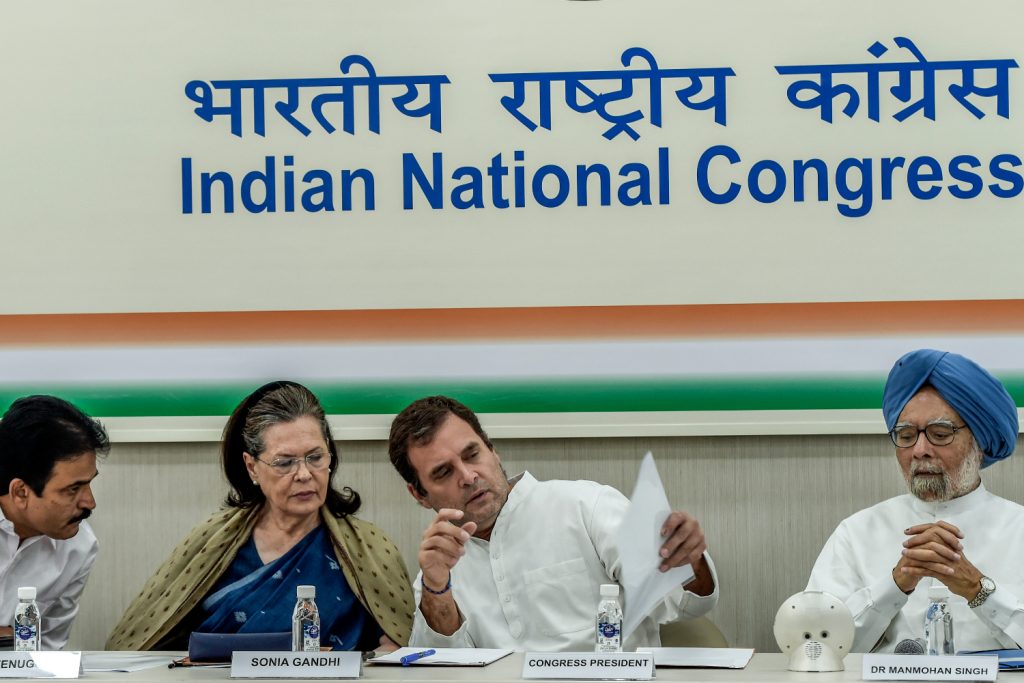 And we thought Congress President for 19 years, Sonia Gandhi, before Rahul Gandhi took charge, was a Congress party member. And the UPA Prime Minister of India Dr. Manmohan Singh was also a Congress member. Ditto Rahul Gandhi. The reality is, all three enrolled as Congress members, only in a digital membership drive which is still continuing.

That said, the Congress is perhaps the only party in the world to have won elections and formed governments without having a huge membership to lean on. Only now, 135 years after the party was formed, are we being told that the Congress added 2.6 crore “new members” in a digital membership drive. This when there is doubt whether the Congress ever had a list of members.

There must be a count of AICC members, and CWC members, but that is it. And, since elections to party posts are alien to the Congress, nobody made efforts to peg the number of Congress members. AO Hume’s innovation turned into a mass movement and people who got caught in the freedom movement latched on to the Congress.

There was nothing like a membership drive, not even when Mohandas Karamchand Gandhi usurped it lock, stock and barrel. In fact, ‘Congress is Gandhi and Gandhi is Congress’ was the unspoken reality. And, again, people were Congressmen and Congresswomen without any organized membership drive. People from every segment of Indian society were Congress.

AICC general-secretary (Org) KC Venugopal says the digital membership drive was over and above the “paper membership.” He said citizens at large welcomed it, especially the youth among them and that the numbers are from across all booths, in all assembly segments. In that case, how many Congress members are there in Uttar Pradesh? What is the official count, and does that count match the votes cast in favour of the Congress in the recently concluded UP Assembly elections in which the Congress won two seats?

Which brings us to the inevitable conclusion: The Congress is no match to the Bharatiya Janata Party in more than one aspect? The BJP had a membership of 18 crore at last count till November 2019, the year Modi won his second term. Compared to the BJP numbers, the Congress is a pygmy. Therefore, it was a miracle that the Congress formed governments in Rajasthan and Chhattisgarh.

But that fairytale finish couldn’t be reported in any of the five state assemblies’ elections which saw a complete whitewash of the Congress, putting the focus once more on Congress membership, and the BJP supremacy on that score.

Things have changed since the time of Indira and Rajiv Gandhi led the Congress to absolutely exciting victories. There have been only Congress-led coalition governments. Even the 10-year UPA rule was a coalition. And coalitions tend to blend and blur membership counts at the same time. But that the UPA won even as BJP membership was rising is something to ponder on.

That said, the decimated Congress, with hardly the membership to challenge the BJP, cannot hope to lead an opposition alliance and stake claim on the Opposition’s “PM face”. In 2019 when Modi won the second time, the BJP membership was 18 crore and the total electorate was 91 crore. Voter turnout was 67 percent of which the BJP received 37.36 percent.

The bottom-line is the 135-year-old Congress has been reduced to a party of Congress veterans. At the same time, the AAP victory in Punjab is proof that today’s voters don’t rate loyalty and membership high. Even the cadre-based communist parties had to bite the dust, and membership can go for a toss if people take a fancy to an AAP in the fray. Membership counts are bound to plateau. (IPA Service)