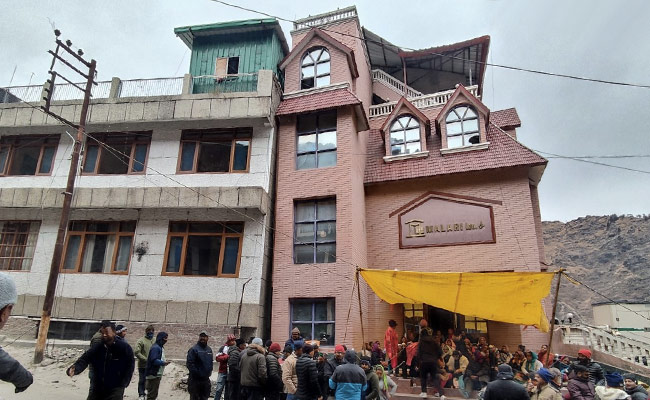 A day after an Indian Space Research Organisation (ISRO) report revealed that Uttarakhand’s Joshimath saw a rapid sinking of 5.4 cm in just 12 days, the National Disaster Management Authority has barred government institutions from interacting with the media and sharing data on social media regarding ground subsidence. It said the organisations’ “own interpretations” of data are creating confusion.

“It is observed that various government institutions are releasing data related to the subject matter in social media platform, and also they are interacting with media with their own interpretation of the situation. It is creating confusion not only among affected residents but also among citizens of the country,” the NDMA letter said, adding that the issue was highlighted during a meeting chaired by Union Home Minister on January 12.

Pointing out that an expert group has been formed for assessment of ground subsidence at Joshimath, the disaster management agency requested several institutions, including ISRO, to “sensitise their organisation” about this matter and refrain from posting anything on social media platforms until the final report of the expert group is released by it.

The report, quoting witnesses, said the massive soil sinking occurred due to “a rapid subsidence event that was triggered on January 2, 2023.”

Buildings in Joshimath, considered a holy town as it’s a gateway for Hindu and Sikh shrines, developed deep cracks in December last year, triggering panic and swift rescue operations. Around 4,000 families have been evacuated following a satellite survey.

For years, environmentalists and locals have warned about indiscriminate construction in sensitive towns like Joshimath. Ignoring many of these calls, the government has widened roads, and built dams and power plants, besides allowing hotels and multi-storey buildings to mushroom.