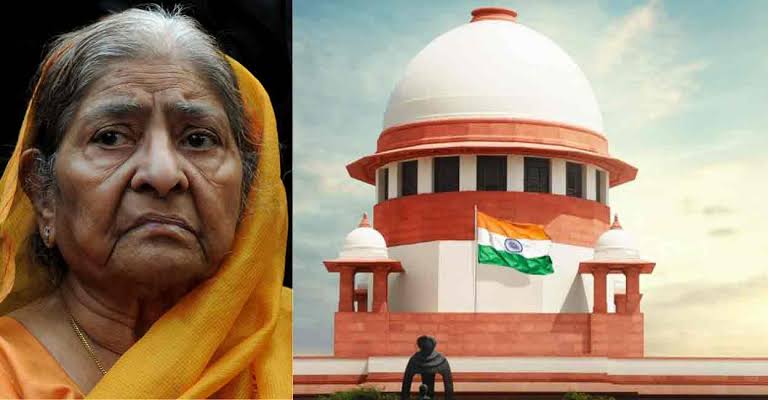 According to CCG, it is not the dismissal of the appeal that has surprised the people, but it is the gratuitous comments made by the bench on the appellants, the counsels and the supporters of the appellants. The appeal, CCG’s members stated, could either be allowed or dismissed by the appellate court; however, the CCG expressed its dismay over the Court’s comments, lauding the officials of the Special Investigation Team (‘SIT’) which defended the State of Gujarat while excoriating the appellants.

Has the Supreme Court now decided that appellants before it and their counsel should be proceeded against merely for being assiduous and persistent in their appeal, the CCG asked.

‘What about the NHRC(National Human Rights Commission) reports and the report of amicus curiae, Raju Ramachandran, which had stated that investigation was required to probe the role of then chief minister Narendra Modi?’, the CCG queried.

According to the CCG, there were weighty grounds to question the view taken by the SIT and therefore, they would confer sufficient heft to a petition that sought to challenge the SIT’s findings. Moreover, the Supreme Court’s own earlier observations clearly mention the laxity of the state government officials, it pointed out.

The CCG recalled that on April 12, 2004, a bench of Justices Doraiswamy Raju and Arijit Pasayat while ordering a retrial in the Vadodara Best Bakery case (Zahira Habibulla H Sheikh & Anr vs State of Gujarat & Ors(2004), said:

“Those who are responsible for protecting life and properties and ensuring that investigation is fair and proper seem to have shown no real anxiety. Large number of people had lost their lives. Whether the accused persons were really assailants or not could have been established by a fair and impartial investigation. The modern day ‘Neros’ were looking elsewhere when Best Bakery and innocent children and helpless women were burning, and were probably deliberating how the perpetrators of the crime can be saved or protected. Law and justice become flies in the hands of these wanton boys”.

The Supreme Court in this case went on to say that the justice delivery system was taken for a ride and was literally allowed to be abused, misused and mutilated by subterfuge. The investigation, the court observed, “appears to be perfunctory and anything but impartial without any definite object of finding out the truth and bringing to book those who were responsible for the crime”.

According to CCG, the implication of the Zakia Jafri judgment is extremely serious because the Supreme Court, they said, “has overturned a core precept that, we believe, ought to guide an apex court established under a liberal democratic Constitution, to safeguard the basic right to life and liberty against questionable actions of the state.”  Moreover, the CCG expressed its distress that the Court has come out with a doctrine which enjoins the state to arrest and prosecute persons who dare to question the findings of investigating agencies if the Court decides that these findings are beyond reproach.

According to the CCG, “The immediate action of the state in arresting human rights lawyer Teesta Setalvad and former DGP, RB Sreekumar, as well as filing a fresh case against Sanjiv Bhatt, who is already in prison, clearly occurred because the Supreme Court told the State government authorities to put those who ‘kept the pot boiling’ ‘in the dock’, though these persons were neither the appellants nor the accused in the case.”

The CCG pointedly asked whether the constitutional right to approach courts could be treated in so cavalier and revengeful a fashion that the persons seeking justice are put behind bars.  It asked the Supreme Court to ponder whether natural justice can be given the go-by as a cardinal principle of our jurisprudence and people condemned without being heard.

Lastly, the CCG has urged that Supreme Court to suo motu review their order and withdraw the observations contained in Paragraph 88. The CCG has also requested the Court to adopt the course of action advocated by retired Judge of the Supreme Court, Justice Madan B. Lokur. According to Justice Lokur, the courts would do well to issue a clarification to the effect that it was not their intention that Teesta Setalvad should face arrest and at the same time order her unconditional release. (IPA Service)