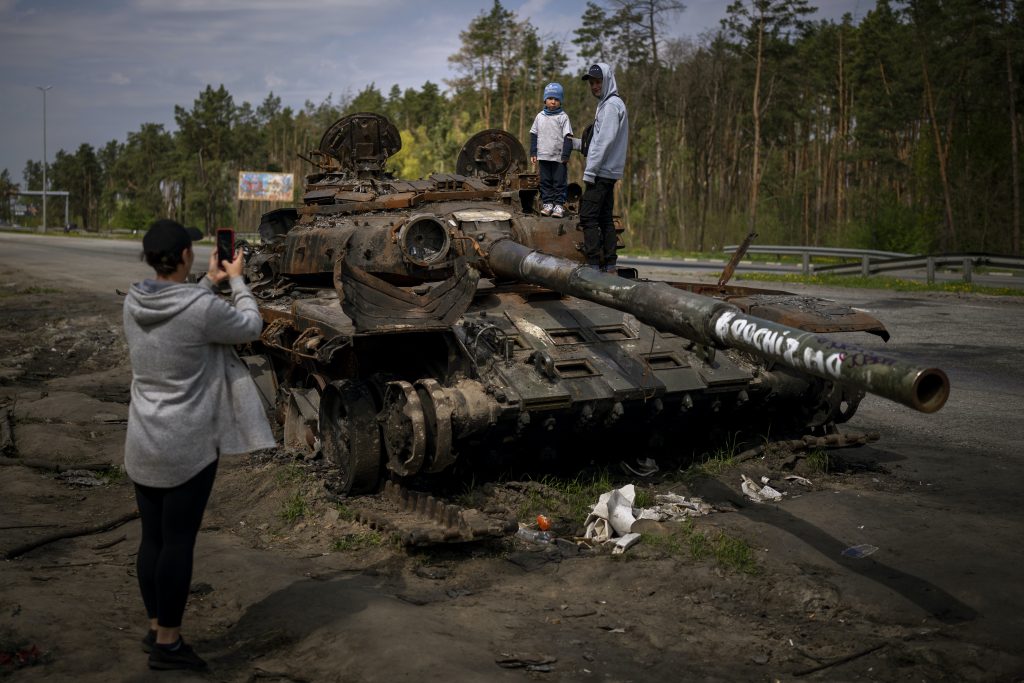 The invasion of Ukraine has been going on for more than five months now and hostilities may continue for quite some time. In military terms, the outcome is still uncertain, but what is already clear is who the big winners and losers of this conflict are.

For the arms manufacturers, this war is like a gift from heaven. At the behest of NATO, European countries will increase their armament efforts by hundreds of billions in the coming years. In central Europe we may expect a new arms race — just think of the threat to deploy nuclear weapons in Belarus.

In the Arctic region, the same thing threatens to happen with the entry of Finland and Sweden into the Atlantic alliance. The push for a so-called “global NATO” may also lead to a new and dangerous arms race in Asia.

This militarization and new threats of war make the value of stocks in the defence companies in the U. S. skyrocket.

The same goes for the big fossil fuel companies. The unprecedented rise in gas and petroleum prices has increased their profits by 350 percent.

The third big winner is NATO itself. After the fall of the Soviet Union, the alliance’s raison d’etre ceased to exist — and under Trump, the alliance was even declared brain dead. Today, however, it is alive and well.

In Europe, two new members were added, and operational combat troops have increased from 40,000 to 300,000. In Asia, as well as other continents, expansion is in the works, either through new partnerships or by increasing existing military deployments.

Over the past quarter century, NATO has waged wars against Yugoslavia, Afghanistan, Iraq, Libya, and Syria, resulting in nearly one million deaths.

The fourth winner is the U.S. — 25 years ago, Zbigniew Brzezinski, advisor to several U.S. presidents, wrote that, for the U.S., control of the Eurasian continent was essential to maintaining hegemony. Close cooperation between Europe, Russia, and China had to be thwarted at all costs.

Over the past decade, stronger economic relations between Europe, China, and Russia have been growing. This war is reversing that trend.

China is also being targeted. Mike Pompeo, former director of the CIA and secretary of state under Trump, said it plainly: “We must prevent the formation of a pan-Eurasian colossus incorporating Russia, but led by China.”

Liz Truss calls for an “economic NATO” to cut off China and Russia from Western economies.

Those who stand to lose the most are Ukrainians, with thousands dead and wounded as well as millions fleeing the country. Ukraine is heading for complete bankruptcy.

Thousands of Russian soldiers have lost their lives while the population back home is suffering from Western sanctions and increased state repression.

This war has been particularly damaging to the global food system, already seriously weakened by Covid-19, climate change, and high energy prices.

A total of 50 million people in 45 countries are on the brink of famine.

The European population has also been affected by disproportionate food and energy price rises. Not only will that cause a lot of misery, but it also increases the likelihood of an economic recession.

Europe’s prestige has also taken a hit among a large proportion of non-Western countries which cannot understand how the EU has completely surrendered its sovereignty to the U.S. and Britain.

Another major loser is world stability. With the rise of China and other emerging countries, we seemed to be moving toward a multipolar world — a positive evolution, but now the world is heading towards a division into two camps: a bloc dominated by the West against the rest of the world.

It has to be noted that only a quarter of the countries worldwide have been willing to support sanctions against Russia.

The war has also jeopardized urgent action against global warming.

Last, as in all wars, truth is the first casualty. The mainstream Western media puts forward NATO’s version of events, while dissenting voices of the peace movement or some academics are barely heard.

Before the war, Ukraine was portrayed as “the most corrupt country” in Europe. Today, the country is the epitome of “liberal ideals.”

A broad front is urgently needed between the peace movement, the third world, labour, and environmental movements to stop the madness of this war. (IPA Service)