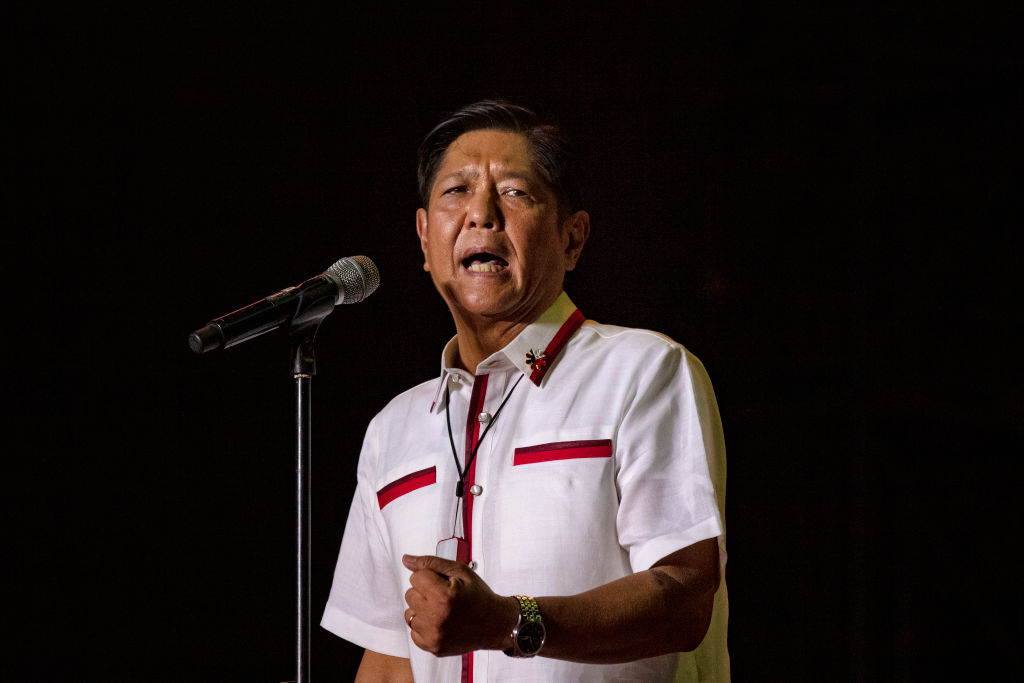 Ferdinand Marcos Jr., the son of the late far right dictator Ferdinand Marcos won the Presidential elections in Philippines on May 9 signaling the ousted the comeback of the worst forms of authoritarianism that marked the  tenure of the elected President’s father in the 1980s. The namesake son of the ousted President won the elections with big margins by defeating the incumbent vice president Leni Roberto who stood as the candidate of opposition.

Marcos Jr. succeeds Rodrigo Duterte who was infamous for extra judicial police killings in the name of fighting drug mafia and gangsters.  The incumbent president made a deal with Marcos under which Marcos Jr. who took the former’s daughter as vice presidential candidate. So Sara Duterte Carpio will be the new vice president and the next government will be a amalgam of the family of Marcos and the family of Duterte. The democratic sections of Philippines are greatly disappointed at the outcome of the Presidential elections as that mean the continued rule of the combination of two autocrats. Marcos Jr’s rival this time was Leni Robredo who was a participant in the massive protests that ousted the elected President’s father in 1986.

Marcos, Jr., has presented no real policy platform despite the Philippines having a battered economy due to the coronavirus pandemic, rising poverty and unemployment levels, hyperinflation caused by rocketing oil and gas prices, and inflamed political divisions. The inequality has widened in the country and a few families belonging to the richest sections of the society are cornering most of the wealth. The real wages have gone down and the trade union rights which were recognized in the earlier years of democracy, are under threat.

Marcos, Jr.’s win is seen as a huge hit to democracy in the country and risks the reversal of human rights gains made since Marcos, Sr., was kicked out in 1986. Under his father and mother’s dictatorship, Marcos, Jr., was a provincial governor but lost his position during the revolution. The entire family fled to the United States and remained there for several years. He became active in politics again in 1992 and in the last three decades, he has been defending the dictatorship of his late father and all his policies. He has been most active in social media defending the family and its legacy.

Marcos Jr. campaigned on a platform of “unity,” promising more jobs, lower prices and more investment in agriculture and infrastructure. Speaking at a post-election media briefing, Marcos Jr. said his intention was “to hit the ground running,” adding that choosing a team to manage the economy would be among the crucial first steps. “As you can imagine, the economic managers are going to be critical for the next several years because of the pandemic and economic crisis, something that we are looking at very carefully,” he said.

The victory would see the Marcos family return to power more than 30 years after they were forced to flee the country in disgrace following a People Power revolution that toppled the regime of Marcos Sr. in 1986. Marcos Sr., whose 21-year rule was marked by human rights abuses and widespread corruption, died in exile in Hawaii three years later, but his family returned to the Philippines in 1991 and became wealthy, influential politicians, with successive family members representing their dynastic stronghold of Ilocos Norte.

Robredo, who has said she won’t concede until election irregularities are checked, urged her supporters to accept the results of the May 9 election. “Whatever the results will be, let us accept it because this will bring out a bigger strength that could unite us,” said Robredo during a thanksgiving mass in the Naga Metropolitan Cathedral. She has announced a gathering for her supporters on May 13.

Hundreds of protesters, including students and members of progressive groups, gathered outside the Philippines election commission in the capital Manila on Tuesday, holding banners and chanting slogans in protest against Marcos and what they said were election irregularities. The election commission (Comelec) dismissed claims of electoral cheating on Tuesday.

Critics of Marcos Jr. are angry at what they say is a whitewashing of Philippines history and an attempt by the Marcos family to rewrite the abuses and corruption committed during his father’s dictatorship. Tens of thousands of people were imprisoned, tortured or killed during the martial law period from 1972 to 1981 under Marcos Sr., according to human rights groups. (IPA Service)

Horn Of Africa Is Facing Worst Economic And Social Crisis In Decades
Posting....