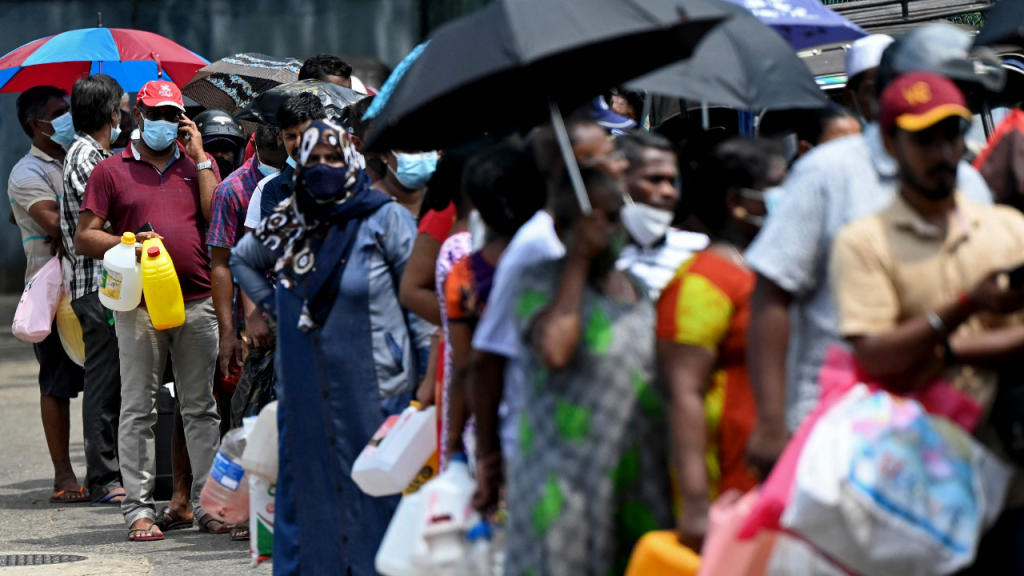 After an economic crisis, Sri Lanka has plunged into a political crisis now. On Monday morning, news reports said that the entire Sri Lankan Cabinet has resigned. There were also rumors that Prime Minister Mahinda Rajapaksa had resigned or would resign soon but his office denied the rumours. Another rumor that India had sent its military personnel to help the Sri Lankan authorities maintain peace and order was also denied. Various rumours are doing the rounds in an environment when President Gotabaya Rajapaksa has imposed a state of emergency, had banned people from coming out of their homes from Friday evening to Monday morning, and briefly suspended social media.

Sri Lankan economic crisis and people’s protest leading to a general emergency in the country have not found much coverage in the international media, which remains preoccupied with the Russia-Ukraine armed conflict. However, the US ambassador in Sri Lanka Julie Chung came out with a statement on Twitter: “Sri Lankans have a right to protest peacefully – essential for democratic expression. I am watching the situation closely, and hope the coming days bring restraint from all sides, as well as much-needed economic stability and relief for those suffering.”

The US Ambassador’s tweet seems to have pushed the political leadership out of inertia and they resorted to en-mass resignation. The economic crisis had reached such a level that the common people are baffled. They have lost trust on the strong political leaders. At the root of Sri Lanka’s spiraling food and fuel crisis is aUS$ 51 billion debt that became all the more difficult to service due to covid inflicted lock down for the tourism dependent  country.

As has been widely reported, members of the Rajapaksha family are occupying top positions in the country’s political leadership. The President, the Prime Minister, and the finance minister are all brothers. There are more Rajapakshas in the government and the Sri Lankan Parliament. And, they have been there for a long time. For example, current Prime Minister Mahinda Rajapaksha who assumed power in 2019 had been the president from 2005 to 2015. During his tenure as the president, Sri Lanka waged a conclusive war on LTTE. His regime is marked by gross violations of human rights and infringement of press freedom.

So far, the Rajapaksha family has been able to rule the country without much trouble as they were using the China card against India. But China’s rise to the world’s second-biggest economy has seen the country resorting to means that are not above board, after all. In case of Sri Lanka, it has employed the technique of funding cost-intensive projects at high-interest rates and under exploitative conditions. The Rajapaksha brothers must share some blame for pushing the country into the deep economic mess that it finds itself today.

What could be the road ahead for Sri Lanka now? The outbreak of Covid has left many countries with serious economic problems. Take, for example, countries whose economies depended on the sale of crude oil. All of them devised new strategies to overcome the odds brought by the pandemic.

Nayib Bukele, president of the fifth-poorest country in Central America El Salvador, last year announced on boarding of bitcoin as the legal tender. To beat IMF’s coercion for a $1 billion loan, Bukele announced $1 billion worth of bitcoin bonds.

The point is a president or a prime minister has to act on behalf of the people and if it takes mocking the world or breaking a few taboos and glass ceilings, they are expected to do so, in a style that Bukele has illustrated by adopting bitcoin.

Who cares for a $1-billion loan from IMF after months of negotiations when you can get the same amount within 15 days by launching a bitcoin bond? Although El Salvador has yet not launched the bitcoin bond it promised, the talk of it has made El Salvador a pilgrim for all bitcoin lovers. People from other countries are coming to El Salvador to see how the first digital coin of the world functions when legally adopted as a currency.

The Sri Lankan economy needs to be reimagined and the tourism concepts need to be revisited. Just beach tourism will not be sufficient. It must supplement it with the Sin City-type casinos and nightlife if that’s the way to go! It can choose to become a new hub for the crypto industry as Saudi Arabia and Miami are trying to become.

But does Mahinda Rajapaksha have so much drive and flexibility left in him to imagine these projects and make them happen? More importantly, will the people allow him to continue in the power until then?

A regime change promises new energy, dynamism, and fresh perspective. Perhaps, sensing this, his son Namal Rajapaksha has sounded a discordant note and protested the ban on social media by his uncle, President Gotabaya. It’s about time that the patriarchs in Sri Lanka’s ruling family gave way to the new generation of leaders. (IPA Service)