Easing Inflation A Bit Is Too Little For Common People 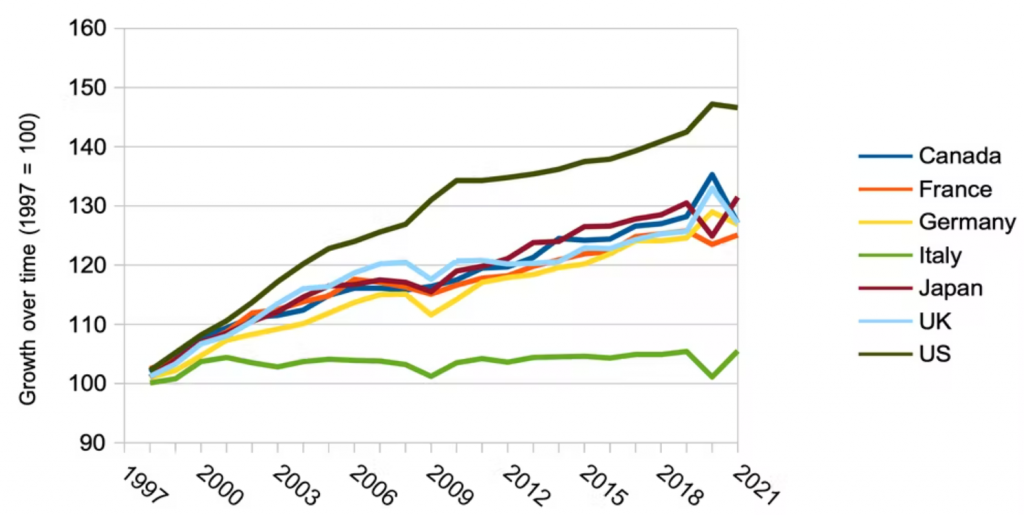 A little easing of inflation in November has been projected by the Modi government as if they have finally controlled and successfully brought it within the RBI’s tolerable limit of 6 per cent. However, this little ease is too little for common man who will find little solace from being haunted by price rise in general and foodgrains in particular, at least for months to come.

Free foodgrains scheme to 800 million people would expire in December 2022, and if Modi government do not extend it, these poor people would greatly suffer. The price of foodgrains are unaffordable for them and with depleting stock the government would not be able to keep the rising prices under check.

For example, India wheat stocks held in government warehouses have already fallen to six-years low, and prices have jumped to a record high on rising demand and falling inventories. Government is not in a position to release extra stocks to cool wheat prices in the market.

Wheat reserves in state stores have fallen down from 37.85 million tonnes on December1, 2021, to 19 million tonnes in the beginning of December 2022. The current stock is thus lowest since 2016 when it was only 16.5 million tonnes. Fresh supplies of wheat in the market would start coming in only in April 2023, and government cannot release more than 2 million tonnes per month, a quantity that is too low to cool the rising prices of wheat and flour, at least for four months from now. Government had released around 2 million tonnes of wheat in November, as the Food Corporation of India data reveals.

In the meantime, traders are slowly releasing wheat in the market. Coupled with wheat shortage its prices have surged despite banning exports in May 2022. Local wheat prices have jumped 28 per cent since the ban. Yesterday, on December 13, it was selling at Rs 26,785 per tonne.

It is only an example. Prices of numerous commodities and articles used by common men have already risen to intolerable limit. Inflation has made them worse. The latest data released by the government show that India’s consumer price based inflation eased to an 11-month low of 5.88 per cent in November on an annual basis from 6.77 per cent in October, 2022.

This is the first time this year when the inflation number have remained within RBI tolerance band of 2-6 per cent. RBI has been tasked by the government to keep inflation within 2-4 per cent range with a margin of 2 per cent on each side. One year before in December 2021, retail inflation was 5.59 per cent, but kept rising up until it reached 8-year high to 7.79 per cent in April. Global food and commodity prices have been soaring since Russia-Ukraine war in February.

A little ease in inflation in November, which was the second consecutive month when inflation cooled down, was chiefly due to slower rise in food prices and a higher base effect, strengthening bets on smaller rate increases by RBI, which has slowed the pace of interest rate hikes.

The present ease is retail inflation can be largely attributed to cooling of food prices that account for nearly 40 per cent of the CPI basket. Food inflation came down significantly from 7.01 per cent in October to 4.67 per cent in November while vegetable rates contracted by 8.08 per cent.

The situation is likely to prove short-lived. This time of the year usually brings relief to the people because farmers get their paddy crops which also starts pouring in the market and vegetable comes in abundance bringing down their prices. However, within a month their prices start rising again.

India is certainly not out of the inflation trap. Prices of cereals and spices have continued to surge with inflation rising to 12.96 per cent and 19.52 per cent respectively. Additionally, inflation in fuel and light also surged to 10.62 per cent as against 9.93 per cent in September.

Since core inflation remained largely sticky at around 6 per cent, inflationary pressures are likely to continue. Inflations in clothing and footwear, fuel and light, and things in miscellaneous categories, which include household goods, health, recreation, education and personal care, are still above 6 per cent.

Apart from the troubling level of core inflation, companies have also been passing on higher input costs to the consumers resulting in price rise. Therefore, the ease in November inflation is not likely to be repeated even in December, 2022, and several estimates suggest it to rise again to 6.5 per cent, ie beyond the tolerable limit set by the RBI.

It is therefore, RBI governor’s statement that worst of this year’s inflation “is behind us” does not seem credible. It should also be noted that RBI has retained its 6.7 per cent inflation forecast for the current fiscal ending on March 31, 2023, but has lowered its GDP forecast from earlier 7 per cent to 6.8 per cent.