Deepening Alliance Of Modi Govt With United States Despite Irritants 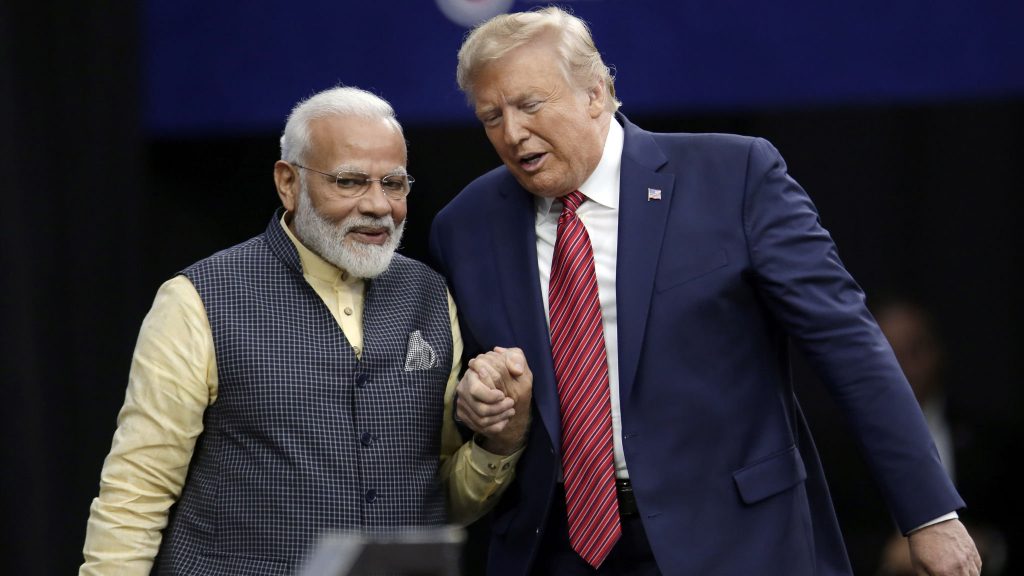 Some political commentators have argued that the stand taken by the Modi government on the conflict in Ukraine shows that it is wrong to consider India a subordinate ally of the United States. The fact that India has abstained on resolutions in the United Nations condemning Russia for its invasion of Ukraine and the decision of the government to buy  small quantities of crude oil from Russia, notwithstanding the US stand that countries should not buy  Russian oil or gas, is seen as an illustration of India’s independent foreign policy and strategic autonomy.

This is a superficial reading of the situation. India has over the last one and a half decades entered into a strategic alliance with the United States with the defence cooperation agreement as the centre-piece of this partnership. Under the Modi government the military and strategic cooperation got cemented with the signing of the three so-called foundational agreements such as the logistics agreements (LEMOA) in 2016, the integration of communication network (COMCASA) in 2018 and the Basic Exchange and Cooperation Agreement (BECA) in 2020. The nature of these agreements are such as those the United States has signed with its closest military allies.

India also became part of the quadrilateral alliance forged by the United States to advance its Indo-Pacific strategy which consists also of Japan and Australia. It should be noted that the QUAD came into being much before the incidents on the Line of Actual Control in Ladakh in June 2020.

The 2+2 ministerial forum which consists of the defence and foreign ministers of both sides was institutionalised and began its regular meetings in September 2018.

The deputy national security advisor Dileep Singh made a visit to Delhi and conveyed that there would be consequences for India if any attempt was made to circumvent the sanctions against Russia. India had pointed out at that time that the European countries were continuing to buy oil and gas in large quantities from Russia.

President Biden in his virtual summit with Prime Minister Modi on April 12,  just hours before the 2+2 meeting, repeated that importing more Russian oil was not in India’s interest. The White House press secretary Jen Psaki told reporters that Biden’s remarks in his call with Modi was “consistent with what the deputy national security advisor did during his visit a few days before”.

This effort at pressurising India must be seen along with what has transpired during the visit of the Indian defence and foreign ministers to Washington. In the meeting between Defence Minister Rajnath Singh and US Secretary of Defence Lloyd Austin, they discussed ways to strengthen defence partnership and advance the scope of bilateral defence cooperation. The statement issued after the meeting also stated that there would be closer collaboration between the defence industries. The United States will utilise this occasion, when India is asking for understanding for its continued reliance on Russian military supplies and spares, to commit India to buying more US weapons and defence equipment.

The US Secretary of State Antony Blinken, after the 2+2 talks stated that there was no determination made yet on applying sanctions on India for the purchase of the S-400 missile system from Russia. Yet under the logistics agreement, the US is considering setting up a maintenance, repair and overhaul facility (MRO) in India for its warships. Thus the carrot and stick policy is being used − threat of sanctions if India continues to buy Russian military equipment and at the same time incentivising the purchase of American weapon systems.

Modi sought to assure the United States, in his talk with Biden, that “we are natural partners and the progress that has taken place in the last few years…could have been difficult to even imagine a decade ago.” There is no realisation whatsoever, despite the Ukraine episode, that such an alliance with the US will undermine the scope for an independent foreign policy and strategic autonomy.

The United States as the leader of the western military alliance, the NATO, has had occasional differences with some of its allies. Turkey, for instance, took divergent positions from the US on some major issues like Syria. Germany was going ahead with the Nord Stream-2 gas pipeline against America’s wishes, till the Russian invasion of Ukraine ended the matter.

The United States will continue to put pressure on India to weaken its links with Russia. It will play the ‘China card’ for this purpose too. The statement by secretary of defence Austin that the US will stand by India on the border issue and the official briefing of the Modi-Biden talks pointing out that the close Russia-China link will have an impact on India’s position indicates the way the United States will move. The overarching intent is to draw India closer to its Indo-Pacific strategy and become the dominant supplier of military equipment to India.

The aggressive US stand against Russia on the Ukrainian conflict and the Indo-Pacific strategy are connected. They are both part of the US efforts to retain global hegemony in the face of its declining power to exercise such hegemony. India is important for this project especially as China is the ultimate US target. The quest to maintain India as a subordinate partner will not be given up, despite the friction over how to deal with Russia on the Ukrainian conflict. In the overall grand scheme of the United States, this is only a minor irritant. (IPA Service)