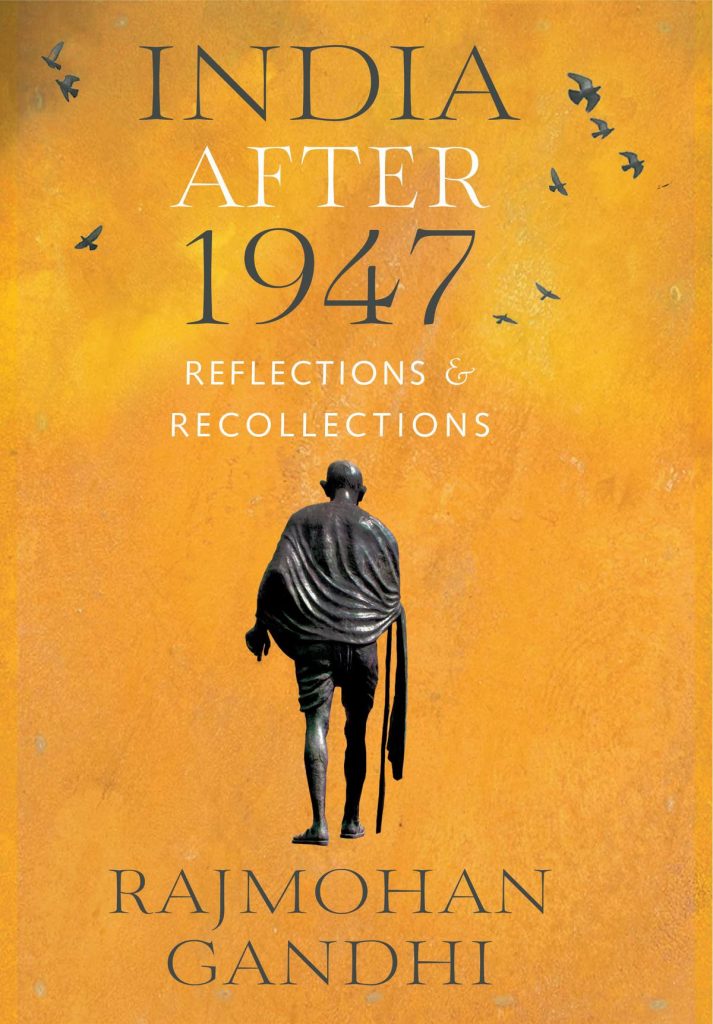 In 1960, at the global level, the most important development was the World Conference of the   communist parties, the result of which was the 81 parties’ document. The conference laid bare the growing fissures within the once monolithic communist movement, as well as the Communist Party of China’s advocacy of a parallel line in the international communist movement, henceforth known as Maoism, after Chairman Mao Xedong, differing considerably from the   line that was followed by the Soviet Union.

In 1961, the CPI Party Congress at Vijayawada witnessed delegates vertically divided between the two distinct political lines in assessing the character of the Congress Party    and its   leader Prime Minister   Jawaharlal Nehru. The split in the CPI was averted at the last-minute following intervention by the Soviet Communist Party delegation led by Mr. Suslov but the   truce was   short lived.

In 1961 December, Calcutta witnessed its biggest cultural festival in the country for ten days at the Park Circus Maidan in commemoration   of the birth centenary   of poet Rabindranath Tagore organised by the cultural wing of the CPI. A Cuban ballet group performed and got tremendous response from the audience.  The literary elites of Bengal were astounded as the CPI leader S.A. Dange gave his Marxist assessment of Tagore. They could never think that a trade union leader like Dange could have such grasp of Bengali literature. I still remember the joy and excitement that I had during those ten days working as a volunteer for the delegates.

In 1962, the third parliamentary elections were held in the country. The Indian National Congress under Prime Minister Jawaharlal Nehru continued with its majority in Parliament, but the year also marked the beginning of the end of golden Nehruvian era. The CPI gained   further in 1962 elections with 29 seats, getting nearly 10 percent of the vote share. But this was the last electoral foray of the CPI as a united party. The economy started showing stress after the implementation of the first two five-year plans with moderate success.

Still, the Congress government at the centre could have tackled the economic problem effectively, but the Chinese attack on the Indian borders in October 1962 and India’s humiliation at the hands of the Chinese armed forces, gave a big jolt to the image of the hitherto relatively unchallenged Jawaharlal Nehru. Nehru of pre-1962 confidence was missing after   the border debacle. The leader had lost his mojo. The usual buoyancy was   gone. The government under Nehru carried on, but the strong governance was lacking. Nehruvian India was already fading, when on May 27, 1964, Jawaharlal Nehru passed away after suffering a cerebral stroke.

At the level of CPI, the split became inevitable after the general secretary Ajoy Ghosh died in January 1962. A compromise was made between the two factions by making S. A. Dange as the party chairman and EMS Namboodiripad the general   secretary. But the party leaders knew that this was just a temporary truce before the final storm. That came after the India-China border war. The battle lines were drawn in each state CPI unit, and finally the CPI (Marxist) was formed in 1964 by splitting the Communist Party of India. Apart from the so-called ‘Dange Letters’, the open call issued by the Chinese Communist Party in its June 14,1963 letter was used by the rebel faction in mobilising the party members behind the new party, CPI(M).

At the national plane, Nehru’s death in May 1964 was followed for some time by a feeling of vacuum in the national leadership, but soon Lal Bahadur Shastri took over as the second Prime Minister of independent India. In no time, he had to tackle the India-Pakistan war in1965. Unfortunately, he died in Tashkent after signing the India-Pakistan accord. Nehru’s grieving daughter Indira Gandhi took over as the third Prime Minister in January 1966 when the food    situation in the country turned precarious and India had to take food grains assistance from the USA under PL 480 provision. The foreign exchange reserves situation became serious, and Indira Gandhi went for devaluation of the rupee as a coping mechanism. The third five-year plan ended in 1966 with deteriorating economic situation, while Prime Minister Indira prepared for the 1967 general elections under her stewardship.

In the 1967 parliamentary elections, the fourth in the country and the first without Nehru, the Congress somehow retained the national majority, but the party lost power in eight states in the    assembly polls. The era of coalitions began in India starting with the states. In West Bengal, a coalition government of anti-Congress parties was formed for the first time in 1967 since independence. Ajoy Mukherjee of Bangla Congress was the Chief Minister and Jyoti Basu of CPI(M) was the deputy chief minister. The coalition did not last long as President’s rule was imposed. In 1969, the state assembly elections were held again, and the combined left front won with a big margin defeating the Congress. Left Front formed the government on its own for the first time in West Bengal. This too did not last long and in 1970, President’s rule was imposed once again. The elections were held again in 1971 and then in 1972, Congress came to power in West Bengal. But allegations of large-scale rigging haunted the state.

At the national level, in 1969, the Congress split took place steered by Indira Gandhi. Her candidate V V Giri defeated the official candidate N Sanjiva Reddy, and she started an ideological war against the old guards led by Morarji Desai and S. Nijalingappa. The old gang, known as the syndicate, formed Congress (O). Prime Minister Indira Gandhi announced a new economic programme and nationalised the banks on July 19, 1969, as a part of the ideological split. She sought the help of the CPI and the CPI(M) in Parliament, and both responded favourably. But the ties of the Indira Gandhi-led Congress with the CPI(M) broke in 1970 after the fall of the second united front government in Bengal, though the ties with the CPI continued.

In 1969, another   significant political development took place   in Bengal which had its impact    at national level in the following   years. Beginning 1962, a large   number   of party   members   in   CPI were influenced by Maoism. This accentuated   after the Chinese Communist Party’s call for a new political line through its letter of June 14, 1963.These members   joined the CPI(M) after 1964 split but were not fully reconciled   to   the CPI(M) political line. The Naxalbari uprising in 1967 during  the first  coalition rule in Bengal including   the CPI(M) led to  the leaving  of    many young   members from   the CPI(M)   to the Naxalites.

Finally, on May1, 1969, the official party of   the Naxalites- Communist Party of India (Marxist-Leninist) CPI(ML) was announced    at   a big   rally in Clcutta’s Saheed Minar. The communist movement was divided officially into three parties, but the CPI(M-L)    took a violent line of struggle challenging the parliamentary system in India.  I was present at that historic meeting   and saw the faces of thousands   of young people who were inspired by Mao   to   bring a new revolution in India. Hundreds of bright young people including   students lost their lives in Bengal and also in other   parts of India in the   next   seven years.

1971 was the year of Indira Gandhi. She swept the parliamentary elections with her “Garibi Hatao” slogan and led the country to a magnificent victory in the war with Pakistan in December 1971 by perfect strategizing of her roadmap since the beginning of the liberation   struggle leading to the    emergence of Bangladesh. I was privileged to witness this incredible stint of Indira Gandhi in 1971 that culminated in the birth of Bangladesh. In 1n early 1972, when Sheikh Mujibur Rahaman came to Delhi on his way to Dhaka, I was at the Delhi airport as a young reporter, and everyone noticed a radiant Indira Gandhi looking glamorous in her saree and waiting to greet Mujib upon arrival. It was a personal victory for her too as only close advisers knew to what   extent she took stakes overruling her bureaucrats.

But in politics, situation changes fast. The economic reality of the country continued to deteriorate. In 1974, the railway strike took place under the leadership of   George Fernandes. Indira was losing the plot. In West Bengal, a reign of terror was continuing under the Chief Minister Siddhartha Sankar Ray, who had emerged as a close adviser to the PM. Things went out of control as the Allahabad High Court gave verdict against Mrs. Gandhi in the Rajnarain case. Jaya Prakash Narayan came to organise the opposition forces against India Gandhi   through his call for Total Revolution. JP even gave a call to the officials to defy the government orders.

A panicky Indira closeted herself off within a select coterie led by her younger son Sanjay. Emergency was declared on the night of June 25, 1975, and the arrests of senior political leaders took place. Indira, who was called a Durga by even Atal Behari Vajpayee after the Indian victory against Pakistan, became a demon to many just three and half years later. Finally, in early1977, Indira withdrew the Emergency and declared elections. The Congress was defeated, and Janata Party formed the first non-Congress government at the centre 25 years after the first parliamentary elections in 1952.

1977 started the year of coalition governments at the Centre. The Janata government led by Prime Minster Morarji Desai fell in 1979, and this was replaced by another coalition led by Charan Singh, which also fell, leading to fresh elections in1980. India Gandhi led the Congress to a comfortable victory and formed the government for the fourth time. At the state level in West Bengal, in1977, the Left Front led by the CPI(M) had a sweeping victory and Jyoti Basu took over as the Chief Minister.

During this last tenure of Indira Gandhi, two issues dominated politically: Sikh extremism in Punjab, and the centre-state financial tussle on the economic front. In 1983, a conference of non-Congress chief ministers was held in Calcutta hosted by West Bengal CM Jyoti Basu. The draft was prepared by the then West Bengal finance minister Dr. Ashok Mitra. The declaration from this conference still remains the core document for the restructuring of the centre-state relations even now. In the meantime, the Punjab situation went out of control in 1984 after the attack by the Indian Army on the holy grounds of the Golden Temple in Amritsar to flush out the terrorists. On October 31 morning in 1984, Indira Gandhi was assassinated by her two Sikh bodyguards. Rajiv Gandhi, her eldest son and the third from the Nehru-Gandhi dynasty, was sworn in as the Prime Minister within 24 hours. (IPA Service) To be continued