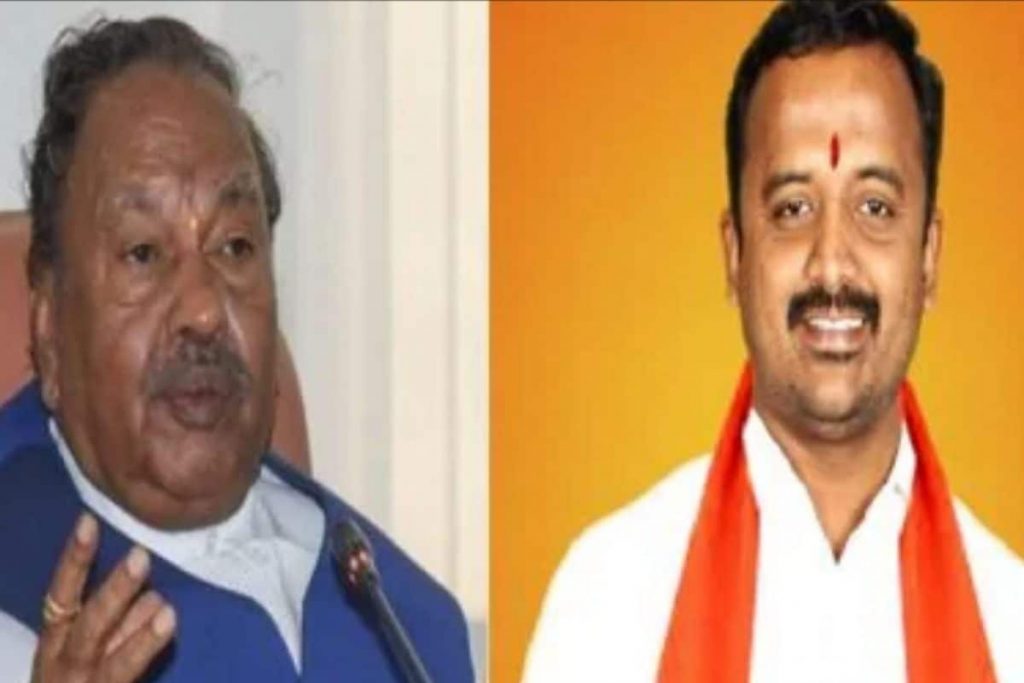 Civil contractor Santosh Patil took his life in an Udupi lodge, accusing Karnataka Rural Development Minister KS Eshwarappa of driving him to suicide. An FIR was lodged naming Eshwarappa as the prime accused. The “Others” included all his lackeys. But the gallows joke doing the rounds was that if pressed to resign, Eshwarappa would demand a 40 percent commission. That is how pathetic the Karnataka situation is.

Chief Minister Basavaraj Bommai should have rolled out the Imran Khan carpet to Eshwarappa. If communion could be delivered to a Prime Minister, a mere minister couldn’t have withstood the pressure. Bommai and the Bharatiya Janata Party have been left singed from the corruption fire. Entrepreneur Kiran Mazumdar Shaw should advise the Congress to go for the kill. The BJP was never more vulnerable.

That said, steps were afoot to pitch resignation for the alleged suicide-abettor. Else Bommai would be up to his absent hairline in accusations that his government was protecting an alleged criminal. The feeling most people got was that the party and state government did not know what to do with Eshwarappa?

Arresting Eshwarappa was easy if the party’s central leadership had set its heart on it. The question was could the BJP’s “zero tolerance for crime”, and minus-zero tolerance for criminals, be sacrificed at the altar of electoral politics? The usual behaviour of political parties in such situations is to not take action for fear of sustaining electoral losses.

The next question then would be should Chief Minister Bommai think of letting Eshwarappa go unscathed? If he does that, his name will forever be associated with that of the red sandalwood smuggler in the movie ‘Pushparaj’; whose shuffling dance-steps in any case would have been too difficult for Bommai to ape.

That said the BJP is in the crosshairs. Karnataka—the land of hijab, halal and Kiran Mazumdar Shaw—will not forgive Chief Minister Basavaraj Bommai if he doesn’t dispatch bulldozers to level Eshwarappa’s ill gotten properties to the ground. The bulldozer is the current symbol of BJP-power, and its zero-tolerance for corruption/crime.

And Eshwarappa is at the centre of the BJP’s “40 percent cut” corruption scandal. A demand should be made to replace Bommai with Yogi Adityanath if bulldozers are not sent by  Bommai to demolish Eshwarappa’s reputation. If Yogi Adityanath and Shivraj Chouhan can turn heroes in their respective Hindutva strongholds with bulldozers, why cannot Basavaraj Bommai?

The 40 percent cut corruption scam is a Karnataka government enterprise, a very successful one at that. Till contractor Santosh Patil hung it out to dry from the rafters of a lodge. By the way, the #40percentcut is a conglomeration of bribes, starting with #10% at the time of submission of application for a government contract.

Next, 10-12 percent “cut” at the time of submission of the bill and further cuts as and when cut-demands were made.  A total of more than 40 percent cut, president of the BBMP Contractors Association, KT Manjunath told a TV news channel, shamelessly admitting that he, too, made the cut to land plum contracts!

Both bribe-givers as well as bribe-takers should be prosecuted. The amounts of money involved are massive. It appears like the sleuths of the income tax department, and the enforcement directorate, were sent to the wrong states.  Corruption like charity should begin from home.

And since it is the month of Ramzan, corrupt Karnataka ministers should be investigated, tried and sentenced to shell out ‘zakat’ to the government. Maryadha Purshottam Ram would have wholeheartedly agreed. Also, the punishment should match the crime plus a long spell behind bars.

Santosh Patil left behind a nine-month old. In Whatsapp messages, which are his “suicide note”, Patil asked Prime Minister Narendra Modi, the state government and former CM BS Yeddurappa to ensure his “family is taken care of.”

The politicians will not acknowledge delivery, and the BJP is too busy playing hijab-halal with the Opposition. But a couple of bulldozers stationed at the gates of 7, Lok Kalyan Marg should remind Prime Minister Narendra Modi that he had taken the oath of office with the words ‘Na Khaoonga, Na Khaane Doonga.’ (IPA Service)