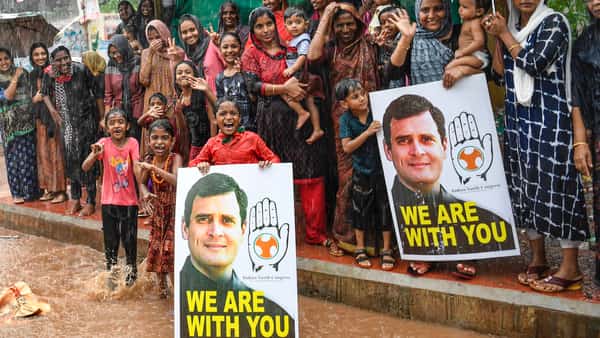 THIRUVANANTHAPURAM: The Congress-led United Democratic Front (UDF) and the Bharatiya Janata Party (BJP) have decided to ramp up their agitation seeking the resignation of Chief Minister Pinarayi Vijayan.

On its part, the CPI(M)-led Left Democratic Front(LDF) has  taken a decision to counter the motivated agitation politically. As part of the plan, the LDF will organize public rallies throughout the State from June 21.

It is, however, shocking to note that the Congress-sponsored agitation turned violent, despite the protestations of the Congress that it will remain peaceful. The ground reality is that it is anything but peaceful.

Street violence has been roiling the state ever since Swapna Suresh, an accused in the gold smuggling case, accused the Chief Minister of misusing the UAE mission’s diplomatic channel to smuggle gold and foreign currency during the previous LDF administration.  The LDF has denied the allegations and said that Swapna was a mere pawn in the hands of the UDF and the BJP, hell bent on maligning the CM and destabilizing the LDF Government.

To the shock and horror of one and all, the agitation took a nasty turn with Youth Congress activists  made what CPI(M) leader and LDF convener E P Jayarajan called a ‘bid on Chief Minister Pinarayi Vijayan’s life’.  Out of the three YC activists who boarded the plane, two – they have since been arrested – advanced menacingly towards the CM, who was seated in the rear. EP said he thwarted their attempt, and the CM in the meantime exited the plane. Jayarajan squarely blamed the Congress-BJP duo for the attack on the CM.  The BJP, he alleged, was using a person accused of economic offences, including gold smuggling, as a proxy to attack the Government. It was a calculated conspiracy to prevent the government from pursuing its development agenda and unseating it.

The accused, he added, was being used by the front organization of the RSS to spite the government. Swapna had the full support of the organization, and her lawyer also is a known leader of the saffron camp. But their attempts would not succeed as the people of Kerala are too intelligent to be swayed by such false propaganda, EP pointed out.

An unflustered Chief Minister has, in the meantime, blamed vested interests for being behind the controversy over black-coloured masks and clothes. The idea, he alleged, was to tarnish the image of the government. Pinarayi emphasized that there was no question of curtailing the freedom of the people to wear clothes of their choice. The Opposition was misleading the people by contending that the government had banned black flags and black masks! The misinformation campaign was nothing but a part of the opposition’s Govt. destabilization mission, the Chief Minister averred.

In another development, Swapna Suresh has moved the Kerala High Court seeking to quash the case against her based on a complaint made by MLA K T Jaleel. Jaleel’s complaint was that Swapna had conspired with some others and made a false statement before the Magistrate Court in a case pending before the Principal District Sessions Court, Ernakulam and spread false news to the media tarnishing the image of the CM, the State Government and Jaleel.  She also wanted to know why a former media person, who was acting as an ‘emissary’ of the CM, has not been questioned or arrested so far. She said the person had tried to pressure her into withdrawing the statement made before the Magistrate.

In another development, the Enforcement Directorate has been given a copy of Swapna’s statement made before the Magistrate. ED is said to be studying the statement to decide on its future course of action.  (IPA Service)