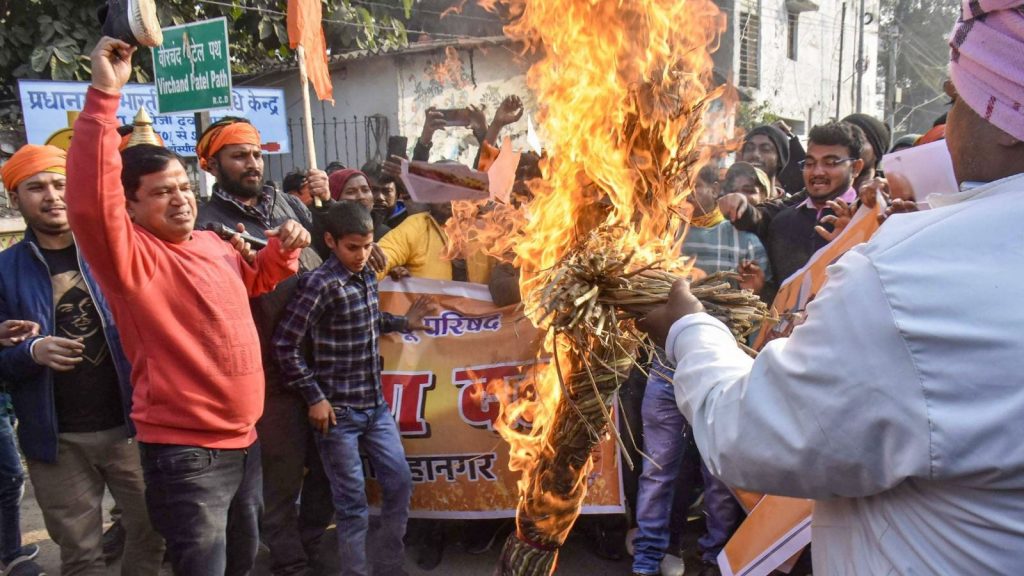 The row over Bihar education minister Chandrashekhar’s remarks on ‘Ramcharitmanas’ continued on Friday with the minister stating that he stands by his statements as he “spoke the truth” despite several petitions filed for hurting religious sentiments.

Bihar’s Education Minister Chandrashekhar, who is from the RJD, landed in a fresh row after he said the epic Ramcharitmanas penned by Saint Goswami Tulsidas spreads “hatred” in society. He claimed some of its section targets the backward castes.

When asked about his statements, Chandrashekhar equated the popular version of Ramayana with ‘Manu Smriti’ and RSS ideologue M S Golwalkar’s ‘Bunch of Thoughts’.

When asked about his statement, a seemingly peeved Chandrashekhar asked why he should be bothered by what others say. “How many times do I say the same thing? I spoke the truth, I stand by it. What do I have to do with whatever anyone says?” he told ANI.

#WATCH | Patna: “How many times do I say the same thing? I spoke the truth, I stand by it. What do I have to do with whatever anyone says?…” says Bihar Education Minister Chandrashekhar on the row over his Ramcharitmanas remark. pic.twitter.com/S181f6xpeZ— ANI (@ANI) January 13, 2023

Several petitions were filed, in more than one district of the state.

In Muzaffarpur, petitions were filed before the Special MP/MLA court by advocates Sudhir Kumar Ojha and Rajiv Kumar, besides ‘mahant’ of Garib Nath temple Abhishek Pathak and Shyam Sundar, a local Hindu outfit’s leader. They invoked relevant sections of the IPC praying for trial of the RJD leader for causing “deliberate insult to Hindu sentiments”. The court has fixed the matter for further hearing on January 25.

A similar plea was also filed by advocate Amarendra Kumar Amar before the Chief Judicial Magistrate’s court in Begusarai. “The court will take up the matter for hearing on a date it deems convenient,” the petitioner later told reporters.

The RJD’s state president, Jagadanand Singh stated that the party was ready to back its leader on the issue.

The RJD national vice president Shivanand Tiwary, however, sought a middle ground, pointing out “socialist ideologue Ram Mohan Lohia often used to say that there is much in our tradition that could be compared with jewels. But there is a lot of garbage as well. While cherishing the jewels we must not seek to preserve the garbage. But we must not throw away what is precious in our zeal for discarding rubbish”.