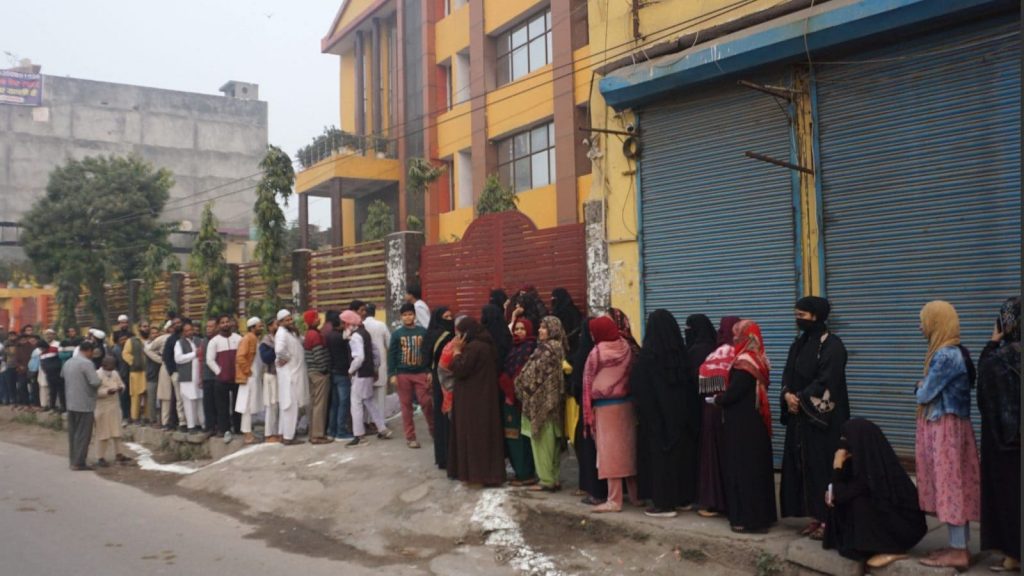 More than 50 per cent voting was recorded on Sunday in the election to the 250 municipal wards in Delhi, with main rivals BJP and AAP claiming victory in the high-stakes contest.

No major glitches in electronic voting machines were reported and the voting passed off peacefully with high security observed at the 3,360 critical booths in 493 locations where more than 25,000 police personnel, nearly 13,000 home guards and 100 companies of paramilitary forces were deployed, officials said.

Several people in North-East Delhi and some other areas complained that their names were missing from the voters’ lists. Anil Kumar, the Delhi Congress president, was among the people who could not vote. The BJP and the Congress said they have filed complaints with the state election commission over the missing names.

According to the State Election Commission, the poll percentage was around 50.47 per cent at 5.30 pm when the scheduled voting time ended. The figure is likely to rise as polling continued at some polling stations after 5:30 pm with people who queued up at polling booths before the scheduled closing time casting their votes.

The results will be announced on December 7.

Garbage collection and landfills emerged as one of the biggest issues in the fight between the Arvind Kejriwal-led Aam Aadmi Party (AAP) and the BJP, which has been controlling municipal bodies for 15 years.

The polls are crucial for the AAP and its leader Arvind Kejriwal as they seek expansion of the party ahead of the 2024 general elections in the country.

A victory in the MCD polls will not only cement AAP’s place in Delhi but will fuel its aspiration to emerge as a serious contender to the BJP and Prime Minister Narendra Modi on the national scene.

The BJP, which had deployed its top leaders, including national president J P Nadda, 19 Union ministers like Rajnath Singh, Nitin Gadkari and Piyush Goyal and chief ministers of six states in the campaign, is also seeking redemption through a morale-boosting victory.

The party received a drubbing at the hands of AAP in the 2020 Delhi Assembly polls and won just eight of the 70 seats.

Trouble in Assam Cong as leaders keep way from yatra