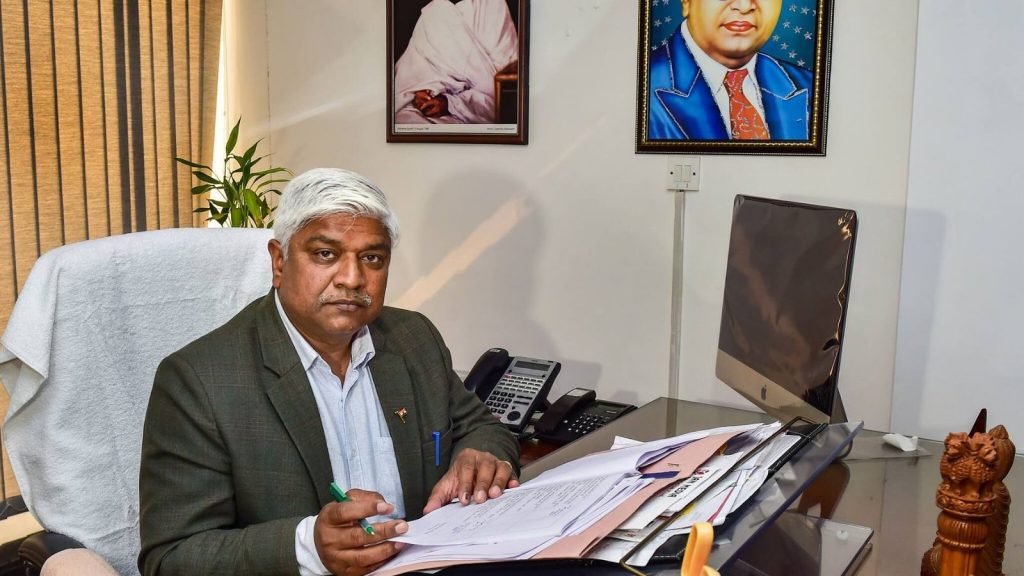 BJP has attacked AAP over the inclusion of MLA Rajendra Pal Gautam as a star campaigner for the MCD polls. The saffron party accused AAP of taking an “anti-Hindu” stand.

Gautam had resigned last month from the Arvind Kejriwal-led government after courting controversy over attending a religious conversion programme in which Hindu deities were allegedly insulted.

“Arvind Kejriwal has been exposed… he is anti-Hindu as Gautam, who abused Hindu deities, has been made a star campaigner of AAP for the MCD polls,” charged BJP MP Manoj Tiwari.

Meanwhile, the Congress’s Delhi unit on Friday called the AAP’s “10 guarantees” for the MCD elections just another “bundle of lies” and said the Kejriwal government “fostered corruption” in the national capital, utilising every opportunity to make money.

Chief Minister Arvind Kejriwal had earlier in the day announced the AAP’s 10 guarantees, including clearing the city’s three landfill sites, ending corruption in the civic body and timely payment of salaries to employees, for the December 4 Municipal Corporation of Delhi (MCD) elections.

Congress state unit president Anil Chaudhary claimed that the promises to clear the land-fill mountains and ending corruption were akin to the “pot calling the kettle black”.