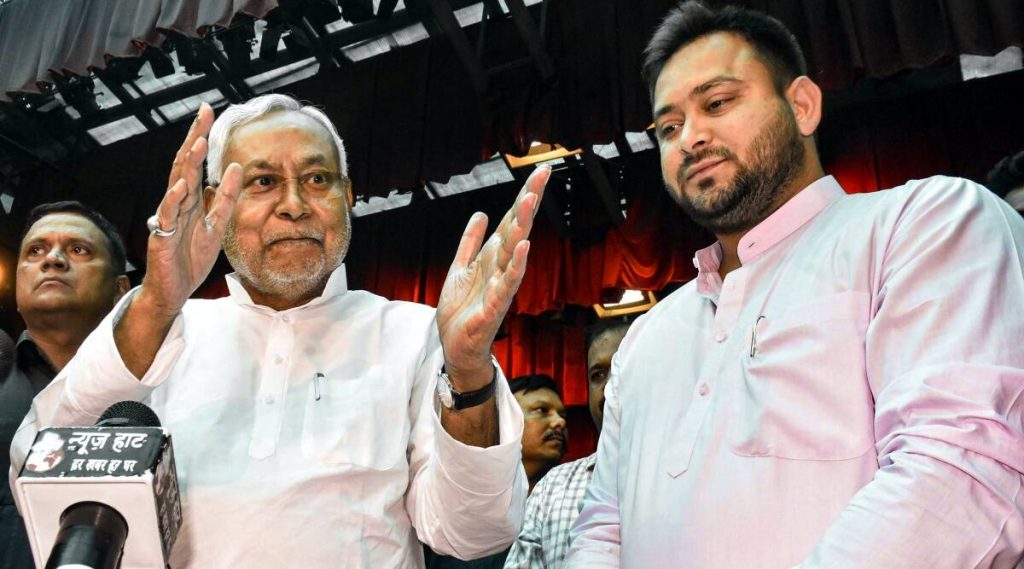 Bihar developments leading    to the formation of   new government without BJP will impact the politics in neighbouring Uttar   Pradesh before 2024 Lok Sabha polls.  Significantly, the main opposition party7 Samajwadi Party welcomed the latest    turn   of events resulting in humiliation of BJP.

Leader of the Opposition in UP Assembly Akhilesh Yadav said that it was a good start in Bihar and political parties and people in others states too would stand against BJP.

Although opposition parties have welcomed the developments in Bihar, but nobody openly talked about alliance.

UP sends 80 members to Lok Sabha and there is realisation in opposition parties that only a mahagathbandhan like Bihar could stop BJP in UP.

Now enthused by the success in 2022 assembly polls UP CM Yogi Adityanath has set the target for all the 80 seats in 2024 Lok Sabha polls.

Samajwadi Party has claimed the party alone was capable to defeat BJP in UP. It may be mentioned here that SP has alliance with Apna Dal faction and RLD.

Akhilesh Yadav’s uncle and President of Pragatisheel Samajwadi Party Shivpal Yadav who is out of the alliance with nephew said if Bihar type of maturity was required in leaders of opposition parties, then only BJP could be defeated.

Another important backward leader Om Prakash Rajbhar of Suheldev Bhartiya Samaj Party said that there was need for backwards and Dalits to come together to defeat BJP. He said SP and BSP should join the alliance to defeat BJP.

It may be mentioned Rajbhar and his party were part of alliance with Samajwadi party but parted company after the elections.

The politics of alliance started in 1993 in UP when Samajwadi Party tied with BSP, and the combination came to power. But later on, the alliance ended in bitterness with both the parties blamed each other for the collapse of alliance.

Samajwadi Party joined the alliance with Congress in 2017 assembly polls and slogan was given with Rahul and Akhilesh Yadav moving in one rath UP ko yeh saath Pasand hai.

However, BJP won the assembly elections and SP-Congress alliance collapsed.

Again in 2019 Lok Sabha polls, Samajwadi Party entered into alliance with archrival BSP. Akhilesh Yadav and Mayawati addressed joint rallies. Although Samajwadi Party could retain its five seats, but BSP went from nil to 10 seats. Even after the gain of 10 seats in Lok Sabha due to support from Akhilesh Yadav and his goodwill in minorities, Mayawati terminated the alliance.

Unless the main opposition parties reach to broader understanding and show the maturity like in Bihar then only, they can stop BJP in UP. Political observers feel that the national opposition parties should play a role in persuading the non-BJP parties to come to an understanding against the BJP in the 2024 Lok Sabha polls. Only by restricting BJP to a minimum in UP, the opposition can hope to unseat BJP at the centre. (IPA Service)