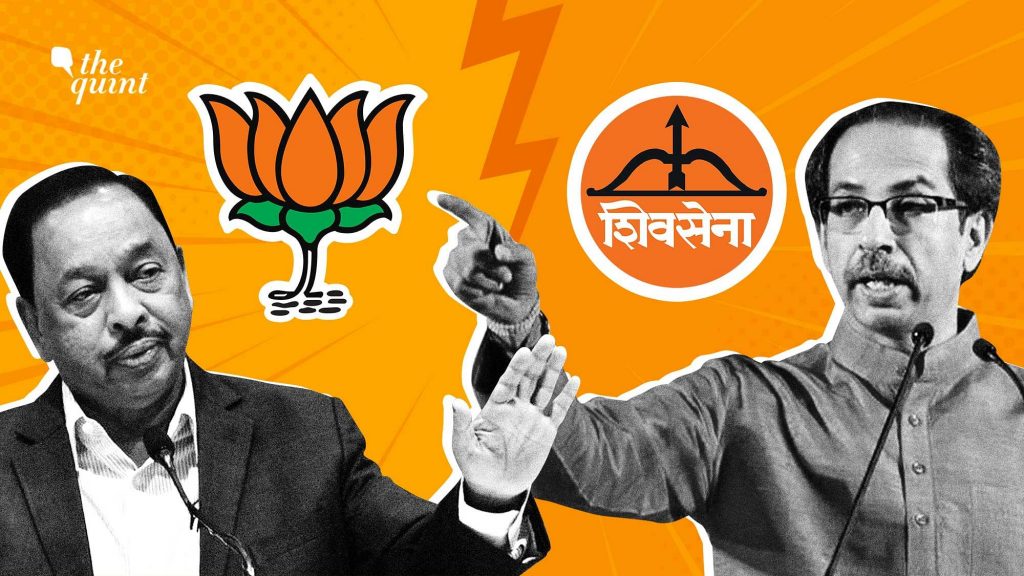 The militant Shiv Sena is in search of a commander-in-chief. The first one was Sena founder Bal Thackeray. Uddhav Thackeray didn’t shape up to be one. Now, the mantle may have fallen on Aaditya Thackeray. This is because Uddhav Thackeray’s emotional speech didn’t help. It wasn’t of the calibre of the Gita, or Gettysburg. In both instances, the message was to ride into attack; for victory awaits the brave, and the courageous.

Uddhav Thackeray’s speech under cover of Covid-19 was more camouflage, less courage. The words didn’t challenge the Gita, or Gettysburg. But even there, in his appeal, asking the rebel Sena MLAs to return to Mumbai and “face-to-face we’ll talk”, there was an element of latent violence, a warning that didn’t escape the Sena rebels holed up in the Guwahati luxury hotel.

The Sena’s penchant for street violence is an old habit. A couple of the rebel MLAs returned to Mumbai from Guwahati to test waters. One of them, a certain Deepak Kesarkar from the “Konkan region”, was cornered outside Shiv Sena Bhavan, where Aaditya Thackeray was addressing members of the Yuva Sena, and made to feel like a Wildebeest in the jaws of a crocodile.

Kesarkar was aghast and couldn’t believe that he could be subjected to such lowdown treatment. He’s not always been Shiv Sena. He is a transplant from the NCP. And street vetoes like the ones the Sena issues aren’t in the NCP’s quiver of arrows. But it’s an arrow in Aaditya Thackeray’s quiver, borrowed from Balasaheb Thackeray, the original Shiv Sena firebrand.

Faced with the air of ultimatum, Kesarkar was left quivering with barely concealed anger. His car was tailed all the way to his house. The reality though is, the rebel Sena MLAs aren’t scared. They have the numbers and, therefore, potential victory in sight! But that didn’t stop Kesarkar spreading his lament far and wide from his little box in the idiot box. There’s violence in the air, and Uddhav Thackeray’s request to the rebels to “come into my parlour” was not without danger.

Following Kesarkar’s ordeal, the ‘Shinde Group’ now knows the sort of reception awaiting them. It isn’t funny. The Sena may not all be violent, but violence loves the Shiv Sena’s ‘Kaamgar’ activists. The ‘tod-fod’ they specialize in has already begun. And Shinde’s warriors cannot stay the rest of their lives in Guwahati–the Assam floodwaters have to recede, and Commander-in-Chief Aaditya Thackeray isn’t mincing words when organizing a blowback.

Eknath Shinde’s bearded impression on hoardings in Mumbai streets are being plastered with eggs, and fresh coats of black ink. The Thane strongman is the kaamgar’s Sena Enemy No.1, and the internal coup de grace a disgrace Uddhav and Aaditya Thackeray can’t take lying down. The trench-war will be fought with the MVA government teetering on two-and-a-half legs.

The impression one gets sitting in Mumbai is that Sharad Pawar is the leading guiding force behind the “official” Shiv Sena’s late surge. Rebel commander Eknath Shinde has the advantage in terms of MLAs, but Uddhav and Aaditya have possession of the streets, also the police.

Then, again, it could be a mirage, deceptive. The street-vetoes, if there are any, aren’t for real. Except for Mumbai, and Nagpur, there are no signs of upheaval, surging anger at the “betrayal” alleged by Aaditya Thackeray. Who betrayed whom? If there was “betrayal”, it was a betrayal of Balasaheb, whose core philosophy, Hindutva, Uddhav Thackeray dumped at the altar of power.

Also, to those uninitiated to Sena style of functioning, it is jarring to hear a cabinet minister threatening latent violence against dissident MLAs, people who refused to toe his line of thinking. Also, how should one react when it is voiced that a “proper lesson will be taught” to those who betrayed after being “given party tickets and party symbol” to contest and take their place under the Shiv Sena banner.

The Gandhi family is often criticized for being dismissive and curt with their “party colleagues”, but then they haven’t seen or heard the Thackerays. Uddhav Thackeray is caught in a cleft, and both government and party are at stake.

It is too late now to back off. The die has been cast, by Shinde first, and then by Uddhav. Henceforth, every passing hour is a test of patience. For how long the adversary planned is not known, but how well he planned is apparent.

In fact, a lot of planning went into this edition of what looks like “Operation Lotus”. Who the “mahashakti” is, the one who “defeated Pakistan”, is a dead giveaway. And this “mahashakti” is waiting for street violence to break to snatch victory. Commander-in-Chief Aadtya Thackeray can’t win this war with street vetoes. (IPA Service)

Droupadi Murmu Is All Set To Become The Next President Of India
Posting....