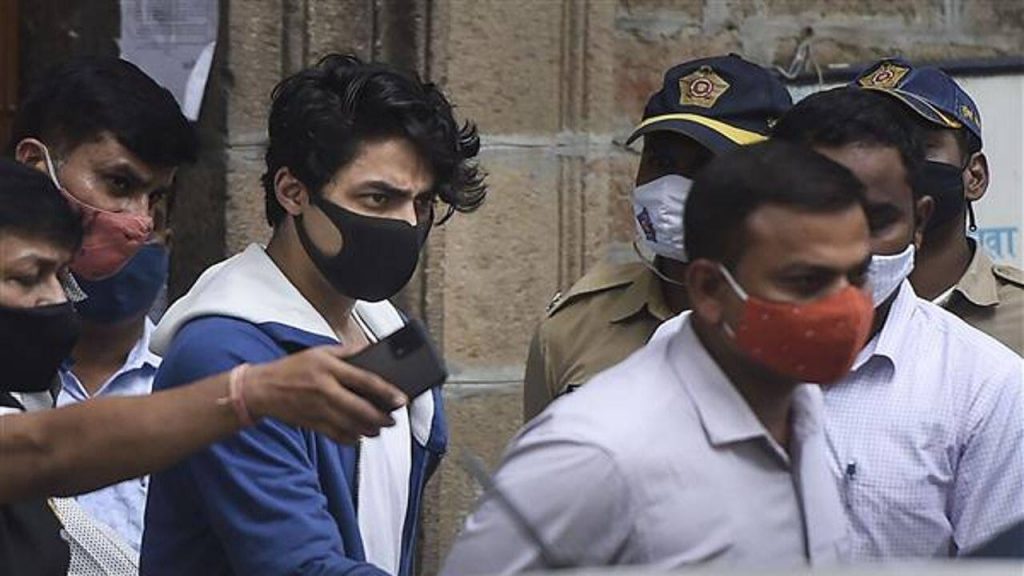 Actually, it shouldn’t have been breaking news. The clean chit to Aryan Khan was on expected lines. Nothing on earth could have overturned the outcome. The only two questions remaining were ‘Who in his sound mind chose to slam-dunk Aryan Khan s/o Shahrukh Khan with a narcotics charge?

Look at what happened to the income tax officer loaned to the Narcotics Control Bureau, and who paired Aryan Khan with druggies and stoned Mumbai shamsters? The gentleman is not heard of now. It’s almost as if he never existed. And, it cannot be because of Maharashtra minister Nawab Malik, because Malik is behind bars troubled by his own conscience.

The Narcotics Control Bureau (NCB) is now calling the officers who handled the case, particularly the one officer going by the name of Sameer Wankhede, nasty and petty, poor professionals deserving of nothing but opprobrium.

Wankhede, it’s being said, will face the equivalent of a military court-martial, and is likely to even lose his sarkari job because the incarcerated Malik had seen to it that Wankhede is made to rue the day he chose to “be Scheduled Caste” to land a government job.

Aryan Khan went to jail and the drama unfolded, with its twists and turns. The cruise drug bust will someday be turned into a Bollywood blockbuster except that it would be hard to find somebody to play Sameer Wankhede. As it turned out, Aryan Khan was always guilty till it was proved that he wasn’t! And, Sameer Wankhede was always upright till it came to be revealed he might be crooked.

A select bunch of news sources are now shouting vindicated! Happier than even SRK at the clean chit given to Aryan. Of course, this has more to do with King Khan than with Aryan Khan, whose stint in jail was chronicled like he was a Mughal prince.

Everyone knows SRK is a friendly person, who rose from ‘boy next door’ to ‘man about town’. But, why the elaborate screenplay to nail him? Nothing quite fits the way it played out. But for top trial lawyer Mukul Rohtagi, Aryan Khan and by extension SRK might still be in dire straits.

A deeper analysis reveals why Aryan Khan/SRK won, and Sameer Wankhede lost. There were five reasons why Aryan Khan went scott-free. One, the drugs seized in the cruise bust were not for Aryan Khan. He was on the cruise to watch his pals have “a blast”. Two, Aryan was given a clean chit because his smartphone was not “formally seized”. Arbaaz Merchant and the others owe a massive ‘thank you’ to SRK via Aryan Khan.

Three, there were no drugs found on Aryan Khan though the then zonal director Sameer Wankhede had made a point to “search” Aryan Khan himself. The NCB hung on to the law point of “conscious possession” to link Aryan Khan to the 6 grams of drugs “seized”, but even that trick failed. Besides, medical tests were not conducted to ascertain drug use. Wankhede was hell bent on proving himself a dolt which he wasn’t.

Four, the NCB couldn’t prove “conspiracy”. Five, and last, there was too much reliance placed on Whatsapp chats/messages. The NCB charge-sheet that did not name Aryan Khan noted the incongruous fact that the mobile was “not formally seized”, but Whatsapp chats were accessed. “It appears (the) IO was motivated to somehow implicate Aryan Khan in the drug case.”

Which brings us to the initial query, who motivated Sameer Wankhede to “implicate” Aryan Khan, if at all? Unverified reports say “further action’ would be taken against Wankhede, including for allegedly presenting a “fake caste certificate” to land the government job.

The meteoric rise and abrupt fall of Sameer Wankhede is the subject for a Bollywood flick. Why Aryan Khan was busted and got a clean chit are still not adequately answered. Why Sameer Wankhede fell out of grace is also part of the untold story. There are too many untied ends. (IPA Service)