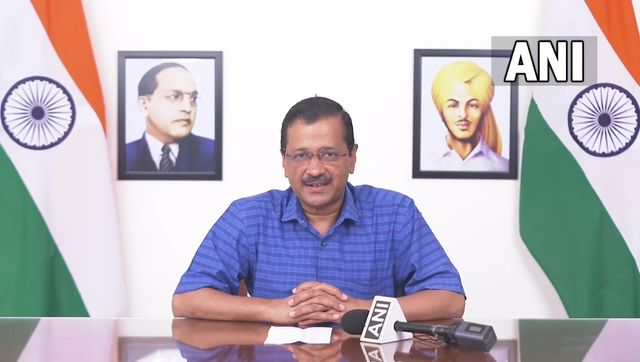 By end-2022, we’ll have pinpointed the identity of the primary challenger to Narendra Modi’s hegemony over the Prime Minister’s chair. That is, if the Gujarat assembly elections are held on schedule, and not delayed. If the Gujarat elections are postponed, then it will take a few more months to make an intelligent guess.

“Aam Aadmi Party, Gujarat started its election campaign for Gujarat on 2 April with a Padayatra. AAP declared its alliance with Bharatiya Tribal Party for the assembly elections. On 2 August 2022, AAP convenor and the Delhi Chief Minister Arvind Kejriwal addressed a public rally in Veraval, Saurashtra,” says Google. “The Legislative Assembly elections are speculated to be held in Gujarat in December 2022 to elect 182 members of Gujarat Legislative Assembly.”

The last time the Gujarat assembly elections were held, there were a few frights before the Gujarat Model prevailed and the Congress lost the fight at the gates. Then, there was nothing like the shadow of an impending general elections to make a difference, and there was no party like the AAP making an entry, massing its freebies up for grabs at the gates of Gujarat buoyed by its sweeping Punjab success.

So, AAP and Arvind Kejriwal get the first shot at being named the primary challenger to AAP and Narendra Modi in the 2024 stakes even if it’s only the AAP which will crow the challenge. Come to think of it, Kejriwal has already gone and named himself Modi’s bete noire come 2024; straight off the bat, with the announcement of the ‘Make India No.1’ campaign, shortly before the Modi government went hammer and tong against his deputy Manish Sisodia, hoping to leave Kejriwal in a dispirited stupor.

Narendra Modi has been taking out challengers to his throne one by one. The other day, former Union Law Minister Ravi Shankar Prasad tweeted a warning, asserting that there was “no vacancy for the post of Prime Minister.” Before that, the ED had largely edged out West Bengal Chief Minister Mamata Banerjee from the chase to become Prime Minister. Mamata’s hope of getting an early start was thwarted, nipped in the bud by the central investigating agency.

Now, there’s the CBI targeting the AAP leadership. And Manish Sisodia is the “bahana”, but Kejriwal is the “nishana”. However, for all the sound and fury, the CBI unearthed only empty liquor bottles, their labels marked “buy 1, get 2”. This amid news that Tamil Nadu is getting its own Dravidian version of Kejriwal’s ‘Mohalla Clinic’. Tamil Nadu Chief Minister MK Stalin is a hardcore supporter for ‘Kejriwal for Prime Minister’ though he wouldn’t say ‘No’ to anybody else from the array of Opposition leaders.

MK Stalin understands the lay of the poll-land, the simple easy to get fact that other than Arvind Kejriwal and Rahul Gandhi there are no winnable challengers to Prime Minister Narendra Modi. In other words, if the Congress is an established national party, the Aam Aadmi Party will be one post-Gujarat Assembly elections if it wins Gujarat with its freebies. The Delhi-Punjab freebies model can beat the jaded Gujarat ‘Asmita’ model.

MK Stalin’s DMK will forever be a regional party. Ditto Nitish Kumar’s JD(U) and Mamata’s Trinamool Congress. The AAP and the Congress can bag votes in substantial numbers in almost all the states across India, but not the JD(U), and neither will the Trinamool succeed. Freebies are a powerful allure to poverty-stricken voters. Human beings are wired to choose freebies over paying a price, right from childhood.

True, the Dravidian parties of Tamil Nadu are the pioneers of the freebie culture, but the “from the Dravidian Stock” additive acts against them. The DMK outside Tamil Nadu is stillborn. The JD(U) outside Bihar wouldn’t be much of a popular draw. The TRS of KCR doesn’t stand a chance outside Telangana. But AAP is a made-to-order potential national party and if it wins Gujarat, or even comes second, Arvind Kejriwal will be top draw to challenge Prime Minister Narendra Modi. The only alternative to Kejriwal will be Rahul Gandhi. (IPA Service)