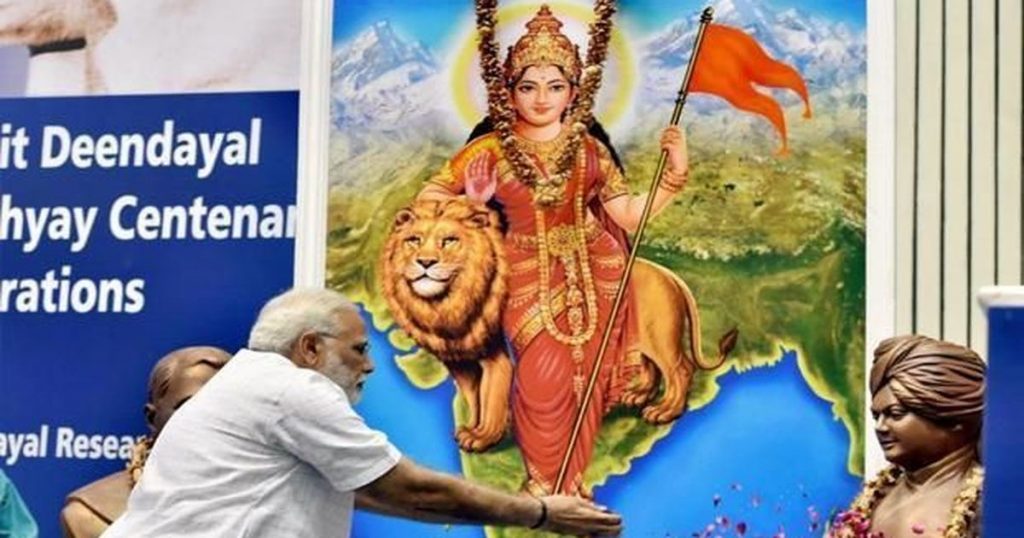 “It’s the economy, stupid!” was the phrase used during the 1992 US presidential contest to emphasize the challenge faced by Bill Clinton during his campaign. In India today, the BJP’s opponents have to realize that the party’s success is the result of its clever use of Hindu-Muslim animosity to advance its prospects.

While analysts have outlined several factors behind the BJP’s victories in four out of the five states which went to the polls recently, the main among them is the blatant communalism which is the basis of the BJP’s politics. “It’s communalism, stupid !” is the stark truth which the BJP’s critics will have to understand.

True, it is not the only arrow in the BJP’s quiver. There are a number of others which the party fires at regular intervals to confuse its adversaries and make them overlook the BJP’s primary, if often subterranean, focus on communalism.

The hidden aspect of the BJP’s communal tactics was evident when it advised the party’s firebrand leader, Tejasvi Surya, to desist from advocating the reconversion of Muslims and Christians lest it had a damaging impact on the party’s electoral prospects. Yet, ghar wapsi or reconversions used to be one of the crucial planks of the BJP’s pro-Hindutva campaign not long ago with the blessings of the RSS.

But the BJP’s politics of careful adjustments ensures that it keeps switching back and forth between various points of its agenda in a game of smoke and mirrors which is beyond the capacity of the other parties. The ghostly distortions which its politics fosters are also amplified by the assertions of the RSS that Hindus and Muslims have the same DNA and, therefore, are brothers under the skin.

However, even as the BJP ignores the RSS’s formulation and stokes animus against the minorities – reconversion, anti-conversion laws, excoriating “love jehad” to scuttle Hindu-Muslim marriage – the party also persists with its welfare programmes – free rations, drinking water, toilets – with the result that it keeps the lower middle class on its side while pandering to the anti-Muslim sentiments of the upper  middle class.

The opposition has no answer to this “double engine” of polarization and populism. Although the BJP’s pursuit of right-wing policies leads to an erosion of its international standing with its democratic credentials taking a hit – the party now ranks 93rd out of 179 in this respect according to Sweden’s V-Dem Institute – the BJP does not seem to care as long as it keeps winning elections with its authoritarian pro-Hindu agenda which undercuts the democratic rights of the minorities and of political dissenters.

The BJP’s advantages in this respect are, first, that it has been able to persuade a large section of the media about the correctness of what can be regarded as a drive towards the establishment of a Hindu rashtra. And, secondly, a weakened opposition is unable to offer a serious challenge at the national level on account of ideological and organizational deficiencies.

There may be pockets of resistance to the BJP’s advancement in West Bengal, Tamil Nadu, Kerala, Maharashtra and Punjab where the regional parties have been putting up a doughty show. But as long as the BJP retains its hold on the centre, it will have little difficulty in undermining the country’s secular heritage and moulding the nation in the party’s fundamentalist image in line with the fascistic chant – one nation, one people, one culture – which echoes the Nazi slogan of ein Reich, ein volk, ein feuhrer.

The successes in U.P., Uttarakhand, Goa and Manipur may get a further boost later in the year when elections are held in Gujarat and Himachal Pradesh. For the opposition, countering the BJP’s communal plank is problematic because the party loses no time in branding its critics as anti-nationals who side with the Muslims. For the BJP, the Indian Muslims are ipso facto pro-Pakistani and are, therefore, disloyal as are their supporters in the secular camp.

The BJP, therefore, is in a win-win situation in the north, the north-east and parts of western southern India. The party has realized that the ingrained anti-Muslim sentiment among sizeable sections of the Hindus is its trump card. It has no time, therefore, for Gandhiji’s practice of recitations from Hindu, Muslim and Christian scriptures at his prayer meetings. Such conciliatory gestures which are mocked as minority appeasement by the BJP have no place in the present-day “new” India. (IPA Service)