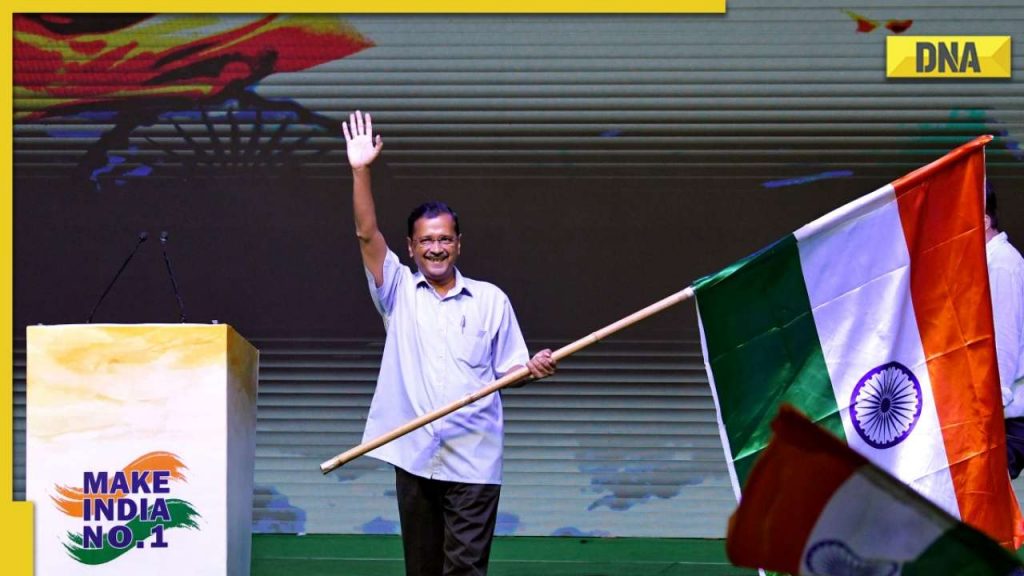 Delhi Municipal Corporation  poll results have further brightened the  stature  of  rising political star – Arvind Kejriwal, which has unnerved not only the BJP, but also shadows its national prospects and  may lead  to  some churning  before  the 2024 Lok Sabha polls

Unsettling of BJP right under the nose of perceived to be invincible PM Narendra Modi is significant, especially when the party had brought 7 chief ministers and put 17 union ministers in the electoral field to defend BJP in power since 2007 in Municipal Corporations in the National Capital Territory of Delhi.  The saffron camp failed miserably.

This humiliating defeat of BJP in the MCD is also noteworthy in the backdrop that the party had won all the seven Lok Sabha seats in 2019Lok Sabha election, but could win only 3 of the 70 Vidhan Sabha seats in 2020 elections. AAP had won 67 seats in the Vidhan Sabha and ruling the UT with Arvind Kejriwal as chief minister in great political comfort.

Modi government did everything to clip Kejriwal’s wing. Even the definition of a state was changed through a legislation – that says that government in Delhi means ‘Lieutenant Governor’. It necessitated the Chief Minister and his government to depend upon the decisions of LG on every issue of importance who works on behest of the Union Government. Delhi CM’s administrative power has been crippled by legislation.

Not only that the Union Government has unleashed central investigating agencies like Enforcement Directorate, Central Bureau of Investigation, Income Tax Department etc to hound AAP leaders, several of who are now in jail. One can know about truthfulness of allegations only after court judgements, but politically all these have adverse effect on political activities of AAP and their leaders.

Delhi Chief Minister Arvind Kejriwal had recently alleged that the Union Government had filed 167 cases in the last seven years against AAP leaders, and about 800 probe agency officers were deployed to find out wrongdoings of their leaders. BJP keeps on accusing us of corruption, said Kejriwal, filed cases but not one of them has been proved in court.

Even in this backdrop Kejriwal led AAP has emerged as irresistible force in the National Capital Territory right under the nose of Modi-Shah duo. It all proves that neither Narendra Modi is invincible, nor said to be BJP’s Chanakya Amit Shah. It has unnerved both, and the entire BJP leadership with their rank and file, who now cannot take their win granted in the Lok Sabha Election 2024 which is only about one and half years away. They need to recalibrate their strategy, including the Hindutva communal card that has been rendered ineffective in the MCD polls.

The results show that anti-incumbency against the BJP is now a threat for the party, and Modi’s charisma is on the wane. Under their 15 years of rule, the BJP could not keep Delhi clean, rather they made mountains of garbage. They were exposed as very bad performers as against the Delhi government under Kejriwal. Education, health, electricity, and water were the areas affecting the common man and APP has performed well than the BJP. By now BJP must have known that mere “jumlabaji” cannot guarantee their win, they would need to improve their performance if they want to return to power after 2024.

MCD polls have acquired national significance due to several other reasons including the aspirations of the AAP and Kejriwal to play a greater role in national politics. AAP has been enlarging its political base in several other states. They are now ruling another state Punjab. The party is most likely to succeed in penetrating even into the Narendra Modi’s secured home political turf Gujarat. AAP may not gain many seats in the state but even its penetration into the state shows that the BJP cannot defend itself everywhere.

Presently, AAP is a state party, and with inroads in Punjab, Gujarat, and several other states, they are likely to become a national party well before the Lok Sabha Election 2024. It should be noted that several states are going to poll in 2023, that is a pre-general election year, and is considered as semi-final to the Lok Sabha General Election.

This good prospect of AAP, will set the new tune for 2024 general election. Arvind Kejriwal has all along been revealing his attitude against the Congress and Rahul Gandhi, and he will likely to resist any opposition alliance under the leadership of Congress, which is at present the largest opposition political party in the Lok Sabha. On this strength of the Congress, Bihar CM Nitish Kumar has been trying to forge a grand alliance of opposition with Congress in the lead for some time now. Rahul Gandhi is on his Bharat Jodo Yatra which finds overwhelming response. However, the MCD results in Delhi puts a question mark on any grand alliance under Congress leadership.

For the non-BJP non-Congress political parties ruling or dominating the states will now have a second thought on opposition alliance. If Rahul Gandhi has ambition, Arvind Kejriwal has greater ambition to emerge as mail political challenger of Narendra Modi in General Election 2024.

All political parties in opposition will have to rethink over the question of alliance with AAP also. Entire political landscape in the country is set to change, and the state elections in 2023 results will decide its future course. Modi is most likely to face Arvind Kejriwal as his chief political challenger in Delhi and several other states, especially in those where no state political party has political dominance.

MCD results have greatly increased the hopes of regional political parties ruling the states, because it has provided a proof that BJP and Modi-Shah duo can be thrown out of power more so with a humiliating defeat, as in Delhi. Congress has also a lesson to learn that they not only need to protect their support base in states but also to perform well to ward off their existential threat. (IPA Service)