Yatra prompted by closure of all democratic avenues: Rahul 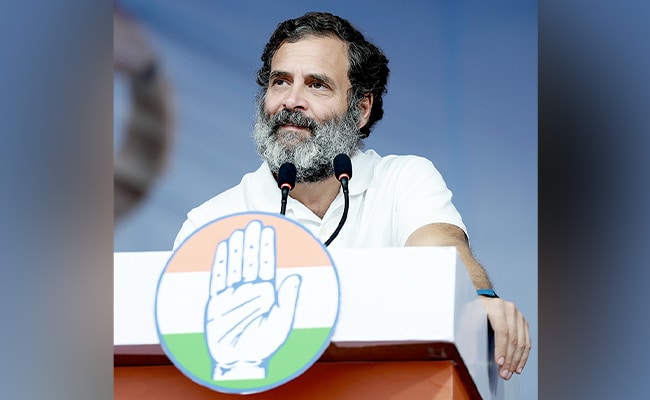 Congress’s Rahul Gandhi, face of the party’s Bharat Jodo Yatra, launched one of his strongest attacks on the BJP till date. The venue was Madhya Pradesh, the state where the party’s government crashed in 2020 after Jyotiraditya Scindia — one of the its senior leaders and Rahul Gandhi’s closest aide – crossed over to the BJP with more than 20 loyalists.

Rahul Gandhi said it was another instance of the BJP purchasing corrupt MLAs. “We won the election in Madhya Pradesh. It was our government. But they paid crores to 20-25 corrupt MLAs and bought them and formed government,” he said at a rally in Burhanpur.

Then he ripped into the ruling party.

“What I want to say is, we started the Bharat Jodo Yatra because all democratic avenues are shut. The Lok Sabha, the electoral route, the press — everything is closed. All the institutions — the RSS/BJP have cornered them, filled them with their own men. The judiciary is under pressure. The courts are under pressure. So we thought there is only one option. Hit the road, embrace the people, listen to the farmers, listen to the labourers, the small traders, and join them,” he added.

Rahul Gandhi is expected to focus on the five Lok Sabha seats and 26 Assembly seats that lie on the route of the yatra in the state.

Barring two assembly seats, all the seats are occupied by the BJP. Madhya Pradesh is heading for polls, due next year and the Congress is hoping to wrest the state back from the BJP.

The Congress, though, has pitched the Yatra as a massive public relations exercise. At every stage it has drawn common people, activists and celebrities alike, generating many camera-friendly moments.