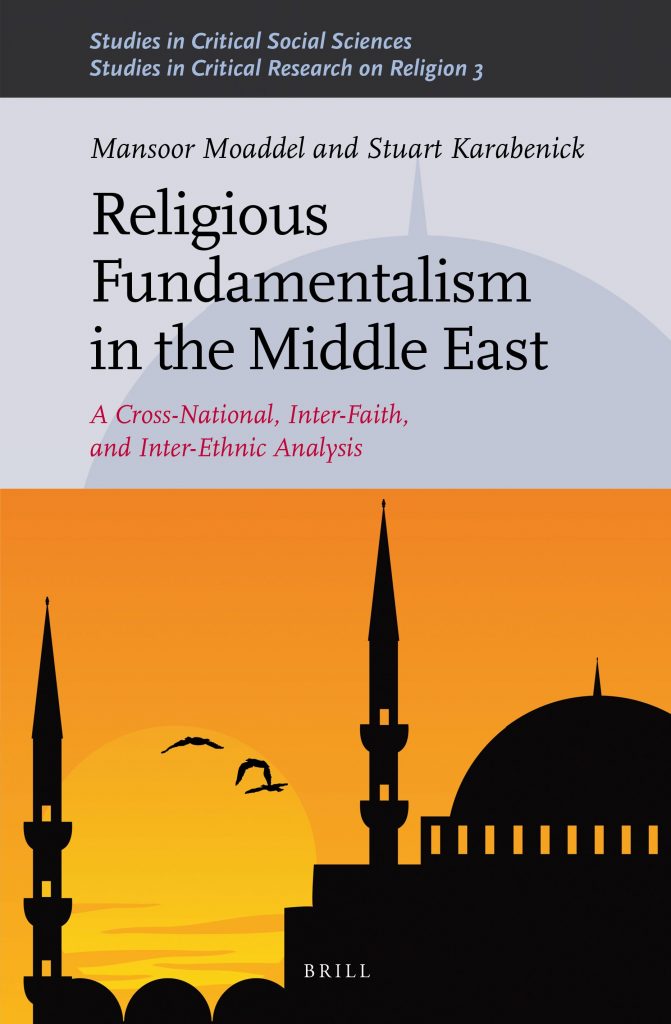 In a mirror image of recent polling in the Middle East, a just-published survey of Muslims in Southeast Asia suggests Islam’s central role in people’s daily lives and choices.

The survey was published days after former Indonesian minister of social affairs Habib Salim Segaf Al-Jufri was named secretary general of the Qatar-based International Union of Muslim Scholars (IUMS), founded by controversial Islamic scholar Yusuf al-Qaradawi, one of the world’s foremost Muslim theologians associated with the Muslim Brotherhood. Al-Qaradawi died on Monday in Doha at the age of 96.

Intriguingly, Al-Jufri, a senior member of Indonesia’s Brotherhood-affiliated Prosperous Justice Party (PKS), also represents the World Assembly of Muslim Youth (WAMY) in East and Southeast Asia, a Saudi government-funded organization initially established in the 1970s to promote Saudi religious ultra-conservatism globally. Since 2016, the group has been redirected to promote Crown Prince Mohammed Bin Salman as a reformer pushing the kingdom towards a more moderate and tolerant interpretation of Islam.

Like WAMY, the League, once a prime vehicle globally propagating Wahhabism, has become Bin Salman’s primary vehicle in his effort to garner religious soft power and propagate an autocratic version of Islam that is socially liberal, but that demands absolute obedience to the ruler.

Neither event will have influenced the responses of the 1,000 people covered in the survey of Southeast Asian Muslims. But the events put the poll into a context in which Muslim organisations, whether state-controlled or not, are pushing different concepts of a moderate interpretation of Islam and making political Islam’s perceived legitimacy or illegitimacy one of their key drivers.

Bin Salman, who pushes social reform against the background of a history of promoting ultra-conservative dominance, may be more concerned about the growing importance of traditional Islam than governments in Southeast Asia, whose history and encounter with Islam are often influenced by local culture, tradition, and mysticism.

Even so, political and business leaders in Southeast Asia, home to 276.5 million Muslims who account for 40 per cent of the region’s population, are likely to take note of the Southeast Asian survey as well as recent polling in the Middle East amid perceptions of greater religious conservatism in their countries that are not only aligned with trends in other parts of the Muslim world but also in major non-Muslim faith groups across the globe.

Malaysia and Indonesia, together with Saudi Arabia and the United Arab Emirates, emerged as the top four halal markets on this year’s Global Islamic Economy Indicator compiled by US-based research and consultancy company DigiStandard. The Indicator considers various sectors, including halal food, Islamic finance, Muslim-friendly travel, recreation, and media. Malaysia maintained its long-standing top position because of a 20 per cent jump in investment in Shariah-compliant funds and the success of its Islamic cartoons for children.

Ninety-one per cent of the respondents of the Southeast Asian survey conducted by two New York-based consultancies, Wunderman Thompson Intelligence and the Muslim Intel Lab established last year by YMLY&R, described a strong relationship with Allah as very important.

Lagging in importance was wealth, which was of significance to only 34 per cent of those surveyed, followed by 28 percent who cared about their passions and 12 percent to whom fame was a concern. Eighty-four per cent of the respondents in Malaysia and Indonesia said they prayed five times daily. Thirty-three per cent described themselves as more observant than their parents.

Religion’s increasing importance stroked with the polling in the Middle East where 41 per cent of 3,400 young Arabs in 17 Arab countries aged 18 to 24 said religion was the most important element of their identity, with nationality, family and/or tribe, Arab heritage, and gender lagging far behind. That is 7 per cent more than those surveyed a year earlier. It further showed that a majority disagreed with the notion that “we should listen to those among us who are trying to interpret Islam in a more moderate, tolerant, and modern way.”

In many ways, the Southeast Asian survey was more granular because it focused on Muslim consumer behaviour. The poll put into perspective a decision in March by the Indonesian ministry of religious affairs headed by a prominent Nahdlatul Ulama figure to deprive the once-powerful Indonesian Ulema (Islamic scholars) Council of its de facto monopoly on halal certification by opening the sector to competition.

Halal certificates are big business. The Halal Product Assistance Agency issues the certificates based on a fatwa issued by the Council to companies in food, fashion, education, pharmaceuticals, cosmetics, tourism, media, travel, medical, health, art, culture, and finance. The overwhelming majority of respondents in the Southeast Asia survey, 91 per cent, said whether a product was halal was very important in their decision to purchase. At the same time, 83 percent identified halal with certification by an Islamic body.

Sixty-one percent factor halal into their banking and investment preferences. Seventy-seven percent said the availability of halal facilities was important in their choice of travel destinations. Eighty-five per cent wanted a metaverse that caters specifically to Muslims, and 53 percent used prayer and Qur’an apps. All in all, comparing the polls suggests that religion plays an increased role in people’s lives in the Muslim world beyond the Middle East.

In Southeast Asia, the survey underlines the importance of efforts by groups like Nahdlatul Ulama to promote a humanitarian interpretation of Islam that is tolerant, pluralistic, and respectful of human and minority rights. In the Middle East, the surveys challenge autocratic leaders whose concept of moderate Islam is social reform needed to cater to youth aspirations, enable economic diversification, and provide religious legitimation of their absolute power as part of a strategy for regime survival. (IPA Service)