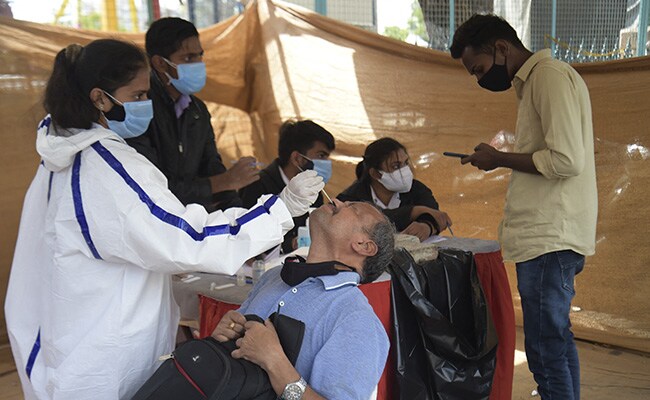 Needless to say that health and education form the basis of development of any society. Investment in these two sectors is an asset for the present as well as future. Unfortunately the successive governments have ignored these two sectors. Public health spending is far from the required, thus causing serious impact on the health of the people of our country. Whereas the first National Health Policy 1983 emphasized on promotive, preventive curative and rehabilitative services, the latest National Health Policy shifted its emphasis towards the provision of health care through private sector and opening up secondary and tertiary level health care for private investment.  As a result the spirit and principles of Primary health care was compromised. This resulted in a setback to the equitable distribution of healthcare. All this was a reflection of neo-liberal economic model adopted by our country and the World Trade Organisation after it was founded on 1st January 1995.

The National Health Policy (NHP) 2017 however made a leap forward to corporate centric and insurance based healthcare system. It also highlighted on strategic purchase of non govt. secondary and tertiary care services.  Insurance system was further strengthened and public funds diverted to the private insurance and health care sector.

Presently 75 per cent of healthcare expenditure is borne by the people from their own pockets. Out of this nearly 70 per cent is spent on OPD care. This is pushing 6.3 crore population of India to poverty every year. This catastrophic healthcare cost is an important cause of impoverishment which in turn adds to poor health.

India has roughly 20 health workers per 10,000 population, with 39.6 per cent doctors, 30.5 per cent nurses and midwives, and 1.2 per cent dentists. Total doctor-population ratio 1:1445. It is to be noted that Govt. Doctors-population ratio is 1:11,926 in contrast to the desired 1:1,000. This is a major cause of inequality in healthcare to the marginalized sections who are dependent solely on state healthcare system.

WHO recommends minimum of 5 per cent of the GDP as expenditure on Health. The Planning Commission of India had said that the state spending on health will be 2.5 per cent of GDP by end of 12th five year plan and 3 per cent by 2022. Interestingly under the present BJP government the 2015 NHP draft mentioned this to be  2.5 per cent GDP by 2020. The revised NHP 2017 pushed the time frame further to 2025. National Health Mission budget was decreased by 10 per cent. The ICDS budget has been decreased. Nutriton budget decreased by Rs.1000 crores from 3700 to 2700 crores rupees in the 2021-22 budget.

Investment in health insurance has increased. The Ayushman Bharat is an insurance based system. The whole healthcare concept is insurance based which fails to provide comprehensive healthcare. Senior citizens are the worst affected. The Ayushman Bharat covers only 50 crore population while the rest 88 crores are left out. Moreover it is applicable for indoor care only, whereas 70 per cent of the out of pocket expenditure on health is on OPD care. There are several conditions attached to get registered with this scheme. Eligible people also find it very hard to make the card. Other state run insurance schemes offer a limited benefit. For a person to get insured with private or public sector company, one has to shelve huge amount. The ESI started in 1952, CGHS in 1954 and ECHS in 2003 provide comprehensive healthcare to the employees to an extent. There is a move to dilute the ESI. The government is planning to handover district hospitals to the private sector to open medical colleges. In these hospitals 50 per cent patients will get free treatment while the rest will have to pay. The free patients will have to get authorization from a designated authority, thus creating several hurdles for them.

Much was expected from the budget presented last year. An outlay of 223846 crore rupees on health in the budget for the year 2021-22 appeared very encouraging. It was said to be 137 per cent increase from the previous budget of 94452 crore. However a detailed review of this brought forward the truth. The actual amount was a marginal increase in the allocation to department of Health and Family Welfare from rupees 65012 crore in 2020-21 budget to 71269 crore rupees; a meagre 10 per cent increase and only 2.04 per cent of the total budget of Rs.3483236 crores.

Most worrying factor in the budget was reduction in the spending on Nutrition from 3700 to 2700 crore rupees. This is at a time when India is at 102nd position in hunger index out of 117 countries, worse even than our neighbouring south Asian countries.

Various studies have concluded that to ensure comprehensive primary healthcare there is need to enhance public health spending on health to minimum of 5 per cent of the GDP.

More than 40 per cent of the population has to borrow or sell assets for treatment. This is totally against the principles of equity and justice. Already marginalised sections, Dalits, Muslims and other socio-economically weaker groups are worst affected.

The concept of universal comprehensive health care was first of all realized by the Soviet Union who in the Soviet constitution 1936 guaranteed that the Citizens of the USSR have the right to health protection. The National Health Services (NHS) was launched in the UK on 5 July 1948, by the then Health Secretary, Aneurin Bevan. This gave huge benefit of free healthcare to the population. The Cuban government adopted the concept of social medicine into practice. Its effect is well recognised globally. The government of Cuba spends approximately Rs.25000/- per person each year on healthcare, while India spends around Rs.1753/- on the health per capita with a corresponding expenditure of Rs.2.65 lakh in the UK.

It is therefore imperative that the public health spending has to be increased to minimum of 5 per cent of the GDP. An immediate increase to three times of the present budget allocation to health is need of the hour in the upcoming budget. (IPA Service)