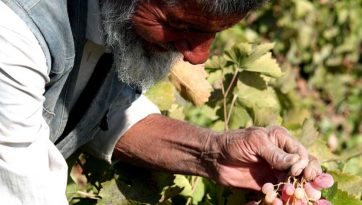 Pakistan is currently devastated by an unprecedented floods leading to the death of more than 1,000 persons till now. The struggling coalition of government of Shabaz Sharif is desperately trying to meet the challenge of this sudden natural calamity which has further given a jolt to its ailing economy. The poor workers and the peasants in the affected areas are suffering most. But still the workers organisations and the farmers bodies are continuing with their struggle for minimum wages and much needed land reforms.

Last week, the powerloom workers of Faisalabad won a big victory following two months of agitations in securing the assurance about minimum wages and social security measures. This victory has given a big boost to the other sections of the industry in others parts of the country to fight for the minimum wages. The peasants organisations in Sindh are fighting against the provincial government which has challenged the Sindh High Court order nullifying the regressive provisions in the tenancy act against the peasants. The united body of peasants in Sindh are determined not to allow the provincial government to do away with the benefits mentioned in court order.

Earlier over a thousand factory workers from Korangi and Landhi industrial areas of Karachi rallied a year ago on 28 August, under the banner of the Workers’ Solidarity Committee – not central trade unions- demanding Rs. 25,000 per month minimum wage, as announced by the Sindh Government, elimination of contractual labour, and the implementation of industrial safety law.., It was felt that working class in Pakistan were desperate to protest against protracted oppression. It was attended by workers from General Tyres, Opal Laboratories, Adam Jee Engineering, IIL, Merit Packaging, Atlas Engineering, Denim Clothing, Suzuki Motors, Feroze Textiles, Aspin Pharma (Johnson and Johnson), Phoenix Arms, Artistic Millennial and many others

The WSC was formed by a liaison between the Red Workers Front and various active trade unions in the industrial areas with a view to forging of class unity among workers to further the struggle against capitalism as their long-term goal. An activist of WSC said that the front for workers’ solidarity would look forward to ending of child labour under the Employment of Children Act 1991. Children in Pakistan are subjected to the worst forms of child labour, including in commercial sexual exploitation and forced domestic work. They are forced to work in brick kilns and agriculture too.

The nature of deprivation in rural areas is severe. Rural poverty is strongly correlated with lack of asset in rural areas. The unequal land ownership in Pakistan is one of the major causes for continuity of poverty which is predominant among the landless households followed by non-agriculture households. The landless households are substantially high in rural areas. About 75 per cent households own no land in the country. Significantly, 0.05 percent households own more than two hectares of land in Punjab as well as in Sindh, indicating a highly skewed land ownership pattern. Punjab has a highly concentrated land ownership pattern followed by Khyber Pakhtunkhwa, Sindh and Baluchistan. The highly unequal land distribution is believed to have caused tenancy arrangements such as sharecropping and high prevalence of absolute poverty, particularly in Sindh.

Working people of Pakistan in both urban and rural area are in an agonizing uncertainty.. Poor workers are conspicuously vulnerable as much of the economy is informal and thus are not subjected to regulation. Bonded labour and child labour continue to prevail in Pakistan, although these practices are illegal. The labour inspection machinery is too feeble to force abolition of these. According to UNDP estimates, around three million people in the country are trapped in debt bondage. Working women are mostly engaged in marginalised and under-paying work. They get half the wage rates received by male workers for the same job.

Nearly 25 million labourers in Pakistan were until 2018 were still deprived of minimum wage Around 13 million people were found to be employed as ‘contributing family workers’, who are not paid at all. Most Pakistani women receive half of what men were paid for similar positions. Nearly 33 million people were estimated to be overworked, and around 51 million of them were working without the protection of labour laws. The situation had worsened thereafter although there is no attempt to update the data.

Agriculture contributes approximately 30 percent to annual GDP and is the largest sector to absorb most labour directly and indirectly. It also provides raw-material to many industries. Nonetheless, successive governments have not addressed systemic problems and as such food security of future generations is at stake. This has also negatively affected basic economic fundamentals like increased trade deficit and balance of payments. The wages of neglect are increase in food prices, leading to aggravation of poverty.

In February last year, inspired by the historic farmers’ struggle in India, led by the Samyukta Kisan Morcha, Pakistani farmers got together to launch protest movement under the leadership of Pakistan Kissan Ittehad (Pakistan Farmers’ Unity). Multiple Pakistani farmer leaders, met on February 21 to work out a roadmap to launch an “India-like” protest movement But the federal government under the then Prime Minister Imran Khan arrested the PKI president Chaudhry Anwar in Lahore. The PKI demanded fixing of the minimum support price per maund (40 kilograms) of wheat at Pakistani Rs 2,000 ($12.60), and sugarcane at Rs 300, in addition to setting a flat electric power tariff at Rs 5 rupees per unit for farm tube-wells as also subsidies on seeds, fertilisers, and other expenses borne by the Pakistani farmers..

With declining agricultural incomes, rural people are compelled to move into cities. . Little wonder, Pakistan has the highest rate of urbanisation in South Asia. How to encourage retention of youth in rural areas is a burning question. Massive urbanisation destroys the fabric of big cities where inequality is on the rise. Migrants into urban areas mostly live below the poverty level.

However, Pakistan is an agricultural country and agriculture accounts for 29 percent of gross domestic product. Agriculture provides livelihood to 55 per cent of work force and support 70 percent of the population directly or indirectly. Its share in the foreign exchange earnings from the export of agricultural raw material and produce from the agro based industries is 80 per cent

The World Bank wants Islamabad to help small farmers. Its board of executive directors approved $200 million in financing to support Pakistan in transforming the agricultural sector by adopting climate-smart technologies to improve water-use efficiency, build resilience to extreme weather events and increase incomes of small farmers.

In the absence of a powerful labour movement and trade unions, exploitation of economically weaker section continues and aggravates.. Consider garments industry in Pakistan.. Around 15 million people comprising 38 percent of the manufacturing labour force are in garments industry that earns substantial hard currency through exports. . But there is no job security. Employers are free to dismiss and control workers, as the labour inspection system of the government is woefully inadequate to prevent unfair labour practice.

“There is no written contract and the only proof of employment is a card. The factory management marks the attendance of the workers themselves and signs everybody out after nine hours so that if the record is ever inspected, it would appear that the management is complying with the law. In truth, we work longer hours and there is not even sick leave. Salary is deducted if someone is unwell even for a day. There is no maternity leave. Any woman who becomes visibly pregnant is told to leave”, stated a woman worker on conditions anonymity. (IPA Service)

India-Nepal Relations Get A Jolt Over Agneepath Recruitment Of Gorkhas
Posting....