Mamata’s Visit To Meghalaya Energises Trinamool Before Polls In 2023 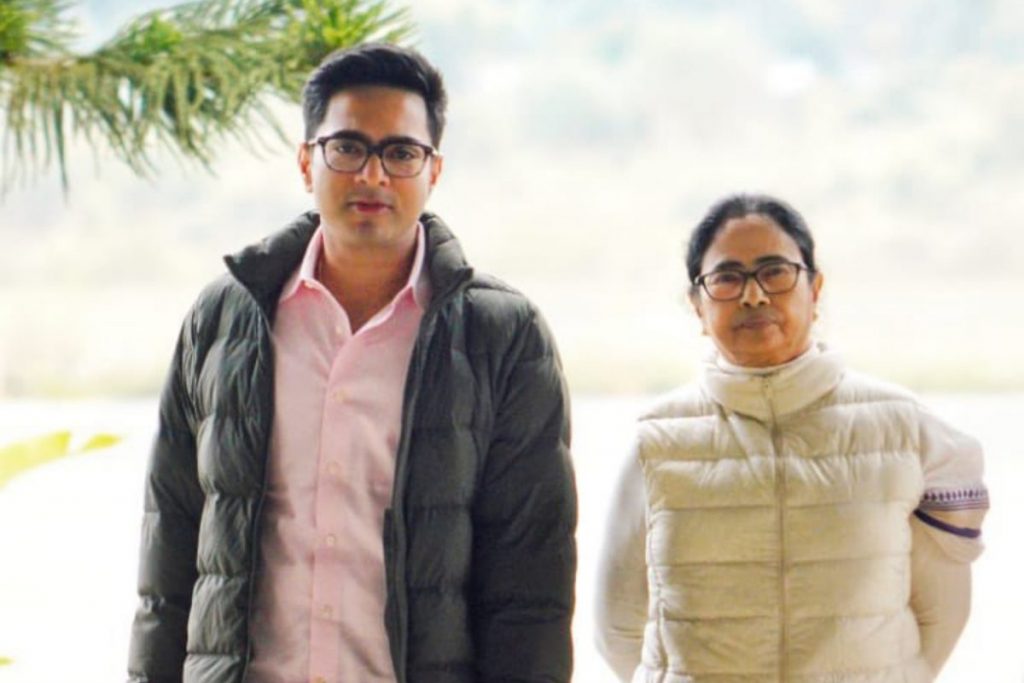 By launching its pre-election campaign in Meghalaya much earlier than other major parties, the West-Bengal based Trinamool Congress (TMC) has highlighted its striking differences in terms of its general political approach and mobilisation programmes. As Bengal Chief Minister Mamata Banerjee launched on Monday the TMC’s state Assembly election campaign in Meghalaya making a rare visit, there is a perceptible stirring of interest among entrenched local party leaders as well as common people.

Most parties are in the process of gearing up for the coming polls scheduled for early next year. However, with poll dates not yet announced and other procedural formalities to be conducted by the state Election Commission pending, political campaigning is yet to warm up. The decision of TMC, an ‘outsider’ party without local roots, to introduce its heavyweight leader and biggest crowd puller for the coming elections so early, has kindled much media speculation.

During her three day visit, Ms Banerjee would meet with leaders of various parties opposing the Bharatiya Janata Party (BJP), to explore the possibility of joint campaigning and also to win increased local support by way of acceptability among locals. However, the major emphasis would be on meeting with new party workers to carry out programmes and to assess present developments.

Mr. Banerjee was also assisted by poll strategist Mr Prashant Kishor and his expert IPAC team. They are helping the TMC’s strategic outreach into India’s Northeast. This looks somewhat odd, coming in the wake of Mr Kishor’s assertion some time ago not to engage in such political assignments for any political party.

Not everyone is surprised. Analysts suggest that Mr Kishor, by now thoroughly familiar with the ways of Indian political parties and top leaders (including Mr Narendra Modi, Mr Nitish Kumar and Ms Banerjee herself) is every bit as astute and enigmatic as any established political leader in the country — if not more !

Among regional leaders who helped Mr Banerjee in the task of party building Ms Sushmita Dev former Congress leader from Silchar who recently joined the TMC, played a major role. She also led the party’s efforts to launch a few programmes in neighbouring Tripura state, to continue the TMC’s fight against the ruling BJP-run Government.

The continuation of such activities to maintain the political momentum, was important from the TMC’s viewpoint, especially after its massive drubbing in the Tripura Municipal polls some time ago. Party supremo Ms Banerjee is determined to ensure that the TMC is recognised as a nationally important party in the days ahead. This can be possible only through building up a sizable base and election wins in other states.

Her critics contend that following the recent embarrassing exposures of massive TMC-sponsored financial corruption in education and public welfare programmes in West Bengal, it has become all the more important for her personally to improve the TMC’s standing. Contrary to the TMC’s claims of being the only party with a sizable number of MPs and MLAs in India to fight the ruling BJP consistently, the Arvind Kejriwal-led Aam Aadmi party(AAP)is the current front runner, ruling in Delhi and Punjab states . TMC has more Lok Sabha MPs but AAP rules two – Punjab state and Delhi the union territory Arvind Kejriwal wants to position himself as the main challenger to Narendra Modi.

Further it won the Delhi municipal polls a few days ago, breaking the BJP’s 15 year long hold over the civic body. The AAP also won seats in the recent Goa assembly elections, outperforming the TMC.

Analysts feel it is extremely important for the TMC to do well in the coming elections in Meghalaya and Tripura. This partially explains why the party has got off the starting blocks much earlier than other challengers in Meghalaya. Despite its massive setbacks the party suffered in the Tripura civic polls and the Goa Assembly polls, there is no lack of enthusiasm among new party entrants some of whom would meet Ms Banerjee as their leader for the first time.

Party seniors are already talking about some public interest in and support for the TMC in Shillong town and adjacent areas and a few pockets in Tura and its neighbourhood. Incidentally, as in Goa and Tripura earlier the TMC in Meghalaya is also carrying out an expensive campaign. During Mr. Banerjee’s visit, the Meghalaya-based media had commented on the large size of public gatherings organised by the TMC at great expense and its elaborate use of costly banners and posters. But such trappings and features have been associated with the TMC’s present style of campaigning all over India, especially under Mr Kishor’s tutelage,. It is another matter that impressive and colourful as the TMC’s public meetings are, they have so far failed to bring home the bacon anywhere except in West Bengal, so far.

A few Shillong-based media reports suggest that the party expects a few senior politicians to join the TMC in Ms Banerjee’s presence. State TMC leaders , now led by veteran former Congressman Mr Mukul Sangma have been in touch with local parties and groups, in a bid to make Ms Banerjee’s visit a memorable one. The party now has 11 MLAs in the 60-strong house, all of them having crossed over from the Congress, led by Mr Sangma some time ago. However, although initially 12 joined the TMC one later quit the new party to join another, in the time-honoured traditions of NE politics where floor-crossing is not a dirty concept. (IPA Service)