Kerala Governor Is Misusing His Position By Taking Arbitrary Decisions 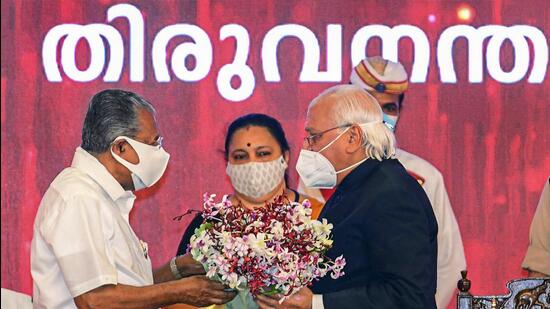 The governor of Kerala, Arif Mohammad Khan, has been interfering in the affairs of the state universities and taking arbitrary decisions, misusing his position as chancellor of these universities.

It is in order to check such arbitrary actions of the governor in his role as the chancellor of the state universities that the Kerala Assembly passed the University Laws (Amendment) Bill, last week.  The amendment has increased the strength of the selection committee to select names for vice chancellor to five from the existing three.  The two additional members would be nominated by the state government and the vice chairperson of the Kerala State Higher Education Council respectively.

In Tamil Nadu, the DMK government in April, this year, introduced and got passed in the Tamil Nadu Assembly two bills to amend the laws of thirteen universities to empower the state government to appoint the vice chancellors.  The West Bengal Assembly amended the West Bengal University Laws in June, this year, whereby the chief minister has been made the chancellor of all state-run universities. Though the BJP MLAs opposed these bills in the Tamil Nadu and West Bengal Assemblies it should be pointed out that in Gujarat, the university law provides for the state government to appoint the vice chancellor from a list of three names recommended by the search committee.

It is a democratic principle that in a state-run university, the state government should have a say in the appointment of the vice chancellor.  The Justice Madan Mohan Punchhi Commission on centre-state relations had recommended that governors should not be vested with the powers to appoint vice chancellors as this was not provided for in the constitution.

The Congress party, as is its wont, opposed the Amendment Bill in the Kerala Assembly accusing the state government of eroding university autonomy.  The same Congress supported the far more sweeping legislation in Tamil Nadu Assembly which empowers the state government to appoint vice chancellors. In its hostility to the LDF government, the Congress in Kerala is willing to facilitate the BJP agenda through the governor.

It is not only in the running of the state universities that the governors are acting as the agents of the centre.  Under BJP central rule, the governors have become instruments for thwarting the will of the state governments and state legislatures.  In the case of Kerala, the governor even refused to sign the policy address he was to deliver to the assembly at the start of the budget session this year; finally it was done a few hours before the assembly session was to commence.

The governor has to give his assent to the bills passed by the legislative assembly. Regarding the Universities Amendment Bill, Governor Khan has stated that he will have to study the bill.  In Tamil Nadu Governor R N Ravi has not yet given assent to the Universities Amendment Bill and various other legislations passed by the assembly.

The governors not giving assent to such bills will create a constitutional deadlock. This is another form of attack on the rights of the states and their elected governments.  (IPA Service)

Nitish Kumar’s Delhi Visit Has Helped The Cause Of Opposition Unity Against BJP
Posting....