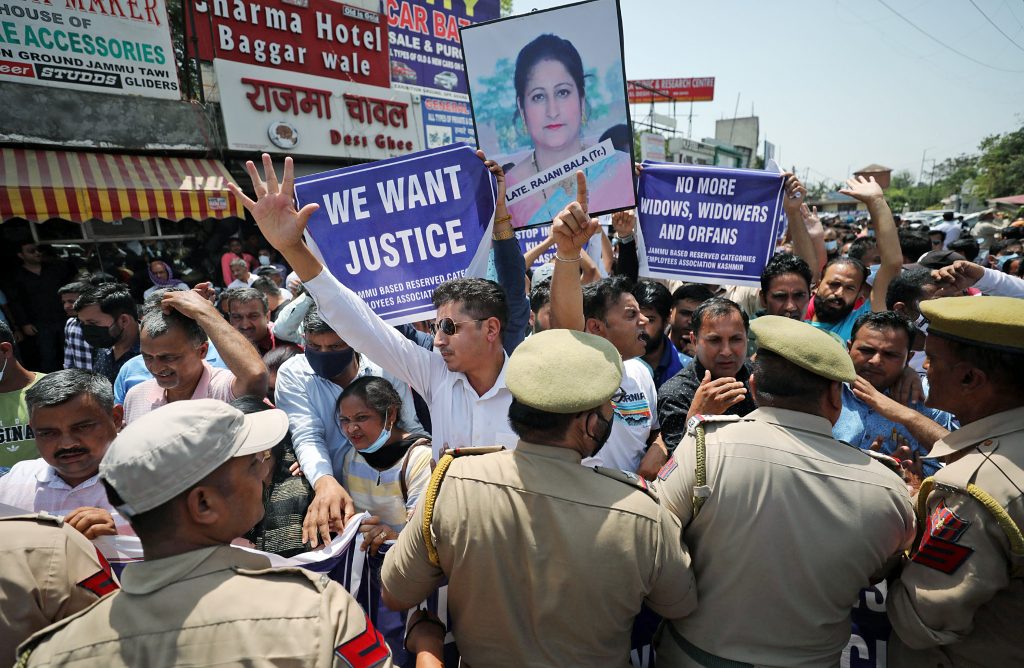 Jammu and Kashmir’s Lieutenant Governor Manoj Sinha has been called to Delhi for a meeting with Union Home Minister Amit Shah on Friday, a day after two men including a bank manager were shot dead, as part of a spate of eight targeted killings within a week in the region.

An attacker shot a Hindu bank manager in his office with a pistol in the Kulgam area on Thursday. He later died in the hospital. Hours later, two migrant labourers were shot by terrorists in central Kashmir valley as they were returning from a brick kiln where they worked.

“The duo was shifted to hospital for treatment, where one among them succumbed,” the police tweeted. The incident took place at Magraypora in the Chadoora area at around 9:10 pm.

On Tuesday, a Hindu woman schoolteacher was also shot dead by terrorists in the same area. Before that, terrorists shot and killed three off-duty policemen and a television actress, all Muslims, in three separate assassination-style attacks last week.

Days before that, a Hindu government employee was shot dead inside his office by terrorists who police said belonged to Pakistan-based Lashkar-e-Taiba.

The killings in Kashmir have intensified calls by Kashmiri Pandits to ensure their security. Hundreds of Kashmiri Pandits protested in Srinagar and other parts of the Union Territory on Thursday. Many have started to leave the valley amid a lockdown in the camps where they stay.

“The government has made us hostages. We are not being allowed to leave our homes. We are all scared. There is a security failure in Kashmir. We implore the LG (Lieutenant Governor) to let us leave for Jammu,” said a member of the community in an SOS video posted online.

Political parties in Jammu and Kashmir condemned the attack on migrant labourers, saying there was a “total breakdown of law and order” in the Union Territory.

“Mayhem! Two more civilians shot at in Budgam. Total breakdown of Law & Order. Will the govt still parrot the narrative of normalcy, or has it internalised its own propaganda. Condolences with Dilkhush’s family & praying for speedy recovery to the other. Has peace been ‘established’?” PDP said on Twitter.

The National Conference also condemned the attack, saying that the “spate of killings” continues unabated and demonstrates the “utter failure” of the government to stem the violence, despite the heavy deployment of security forces.