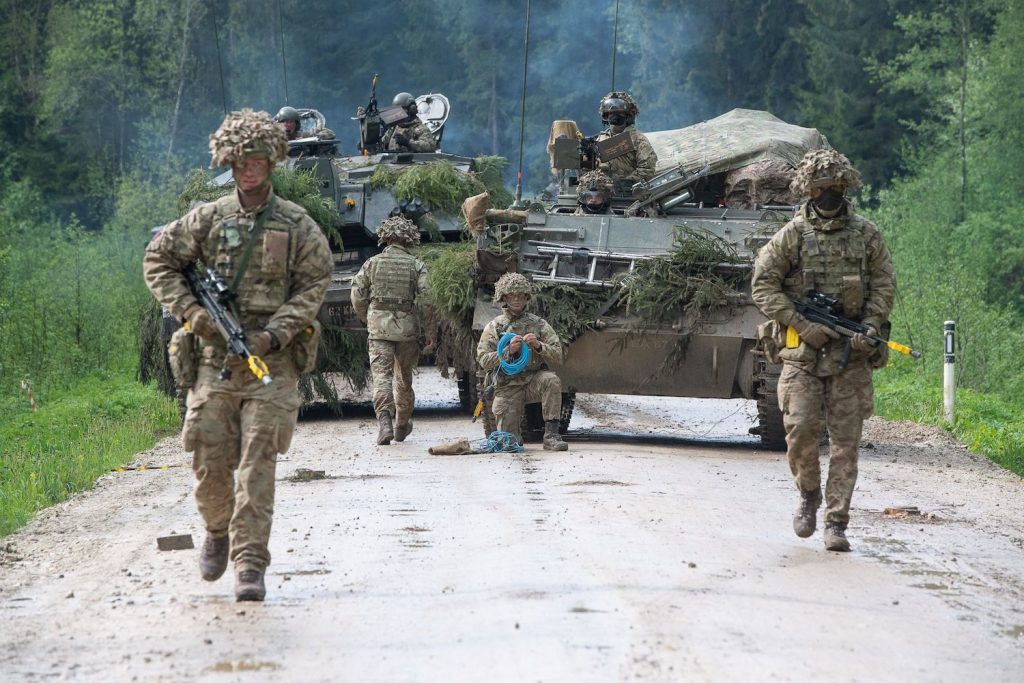 When Russia, on February 24, 2022 waged a full scale military invasion of Ukraine, many a people and President Putin himself thought that it would be a cakewalk like Russia’s previous invasion of Crimea. But since then the Ukrainians are fighting back vigorously under Volodymyr Zelensky with military and financial support from US and its allies .And after 216 days of bloody war, Russia has to retreat from its occupied area in Kharkiv region.

The lightning advance of the Ukrainian forces swiftly reshaped the battlefield and left Moscow reeling. Ukraine’s rapid gains in the Kharkiv region, including the city of Izium and Chkalovsk have significantly weakened Russia’s hold on eastern and southern Ukraine.

The dizzying speed of Ukraine’s push in the past several days has smashed what had been a long stalemate, buoyed a nation’s spirit and galvanized calls for even more western military and financial support. Russia’s retreat is the biggest embarrassment for president Putin since the beginning of the war. Russia’s military performances have prompted discontent among pro Kremlin bloggers and staunch Putin loyalists, creating new challenges for the Russian leader.

In the face of all these Putin sought to reinvigorate his war efforts and become more involved in strategic planning himself, rejecting request from his commanders on the ground that they be allowed to retreat from the vital southern city of Kherson. A few days ago, he ordered Russia’s first military drift since the 2nd world war. A new Drift law signed by Putin says Russian troops who will refuse to fight, desert, disobey or surrender to the enemy could face a jail sentence of upto 15 years. Russia’s deputy defense minister Dimitry Bulgakov has been dismissed from his post, who was in charge since the beginning of Ukraine war, and has been replaced by Col. Gen. Mikhail Mizintsev, who oversaw Russia’s siege of Mariupol.

Defense minister Sergei Shoigu stated Russia will conscript 300,000 reservist to support its special military operation in Ukraine. A spokesperson for Ukraine govt called the mobilization ‘ a big tragedy for Russian people’. The US ambassador for Ukraine, Bridget Brink tweeted that its a ‘sign of weakness, of Russian failures’.

President Putin also ordered a referendum in the occupied area of Ukraine. The so called referendum is underway in Donetsk, Luhansk, Kherson and Zaporizhzhia provinces of Ukraine, with residents told to vote on proposals to declare independence and then join Russia. Russian authorities in the occupied region have allegedly started handing out draft notices and mobilizing men who renounced Ukrainian citizenship and received Russian passports. This way it begins mobilizing and pressurizing Ukrainians.

To fight against their own country. President Zelensky told Ukranians in occupied territories to hide from Russian mobilization, avoid conscription letters and flee to Ukraine held territories. If they could not do so and were conscripted into Russian military, he urged them to support Ukrainian fight from inside.

The US and its allies heavily condemned the Russian move on referendum. French president Macron said the move represents ‘a return to the age of imperialism and Colonialism’. German chancellor Olaf Schotz labelled the referendum as ‘ a shame’.

The referendum – which are expected to culminate in the annexation of an area larger than Portugal – have raised alarms in Western nations, because Russia, the nation with the world’s largest nuclear arsenal, has signalled that after the annexation it would consider Ukrainian attack in the territory, as a violation of its sovereignty and defend it In any means necessary which includes nuclear strikes.

As the referendum proceeded , the Russian military took steps to ensure the results it wanted, While the Ukrainians in those areas express a mix of anger, defiance and fear that their homeland is being usurped. “The so called referendum is more like an opinion poll under the muzzle of machine guns – Shersei Haidai, the Ukrainian governor of eastern Lushank region wrote on telegram.

Ukraine is set on trying to block the annexation. As the referendum  was under view, its military  kept fighting to recapture its lost territories and has been striking targets inside Russia and on the Crimean peninsula, which Moscow annexed in 2014.In a fit of pique over its loses , Russian army strikes the infrastructure facilities in Kharkiv killing civilians and destroying power and water plants. People had to live for days without power or water. Russian forces are probably trying to attack dams in order to flood Ukrainian military crossing points amid its concern about battlefield setbacks, the UK ministry of defense in its latest briefing said. Russia previously striked the Zaporizhzhia nuclear power plant, causing concern for nuclear radiation. Now Ukraine has began turning off the last working reactor of Zaporizhzhia nuclear as safety measures.

Putin’s newly imposed drift law announcing a military call up of 300,000 new enrolment has faced criticism and resistance, but this time from Russian people themselves. There are nationwide protests, demonstrations and rallies against the conscription efforts. Many Russians who had previously avoided military service or were indifferent to the invasion of Ukraine have scrambled to leave the country. Flights from Russia to countries where they can enter without visas, have quickly been sold out in full. Many other people are desperately trying to cross the border by land. Lines at land borders are growing constantly, some stretching many miles . The queue at the border between Russia and Georgia is seen to be 10 miles long, where people are reportedly waiting.

More than 20 hours to cross. A record no. of Russians entered Finland by land over the weekend. More than 100000 people have crossed the border so far to avoid conscription. Last week, a Russian for drafting was shot by a man in Dagestan. President Zelensky called the conscription effort ‘a mobilization to grave’.

The Ukrainian military so far has been able to establish its superiority on air with arms and equipments supplied by US and NATO. This one of the reasons of Ukraine’s success on the field. Without control of the sky over Ukraine, Russia increasingly uses suicide drones. Recently it has purchased a fleet of drones from Iran named Saheed and Qods Mahajer-6 which has a very low flight trajectory and can not be accurately detected by the radar surveillance system used by Ukraine at present, especially during the night. After a flurry of such attacks by Iranian drones, Ukraine expelled Iran’s ambassador on last Friday, February 23, 2022. To resist drone attacks, Zelensky sought anti drone armaments and appropriate radar surveillance system with night vision from US and its allies. He also approached for bigger arms and financial support.

The Ukrainian military claimed that it had destroyed 8 tanks, 11 armoured vehicles, 6 artillery systems and shot down a number of drones in the last week. With the proper armaments and equipments Ukraine can hold on in its superiority on the sky. Us announces $ 457.5 million in civilian aid for Ukraine and NATO begins Airforce drills in Baltic region. Washington responded to Russia’s veiled nuclear threat saying that the US response would be ‘decisive’ and the ‘consequences would be horrific’.  Kremlin later said itis in ‘sporadic contact’ with Washington over nuclear issues.

The onset of autumnal weather, with rains making fields too muddy for tanks, is  beginning to cloud Ukrainian’s effort to take back its Russia held territories before water freezes the battlefields, when fighting would be more complicated.

Ukrainian war holds the future of Europe and the world in broader sense. Present day Russia, a tyranny under Putin seeks to destroy Ukraine. A Ukrainian victory would confirm the principle of self rule and allow integration of Europe to proceed. A Russian victory will decimate the influence of the EU and bolster the Tzarist hunger of Putin’s Russia to grab the Balkan area it had before. Though it has been suggested that China and or India should or could mediate effectively to end the war it is most unlikely to happen. At present nobody knows how and when the war will end . But when determined people of a country fight to protect their homeland, it can defeat a much stronger aggressor. History teaches  that in Vietnam. Can mythical David beat Goliath this time? (IPA Service)